A glimpse into the world of conductive education 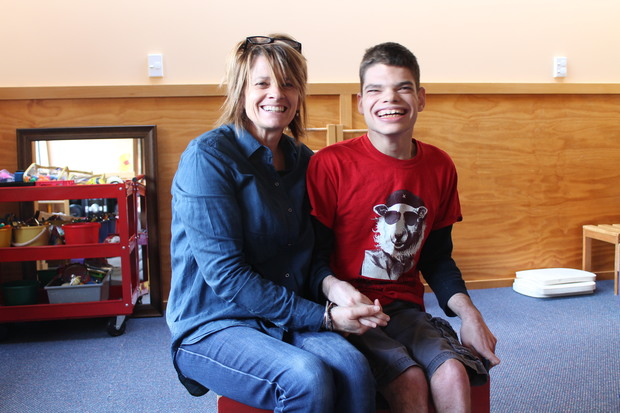 "Not everyone would do it but this is my decision, what I wanted to do for him."

Twice a week Lynley Ramsay (above left) makes the almost three hour round-trip from Owaka to Invercargill to take her son Jackson (above right) to the Southland Centre for Conductive Education. There he follows a holistic therapy system developed in Hungary by Dr Andras Peto.

Practitioners of the therapy, or conductors, study a four year course that can only be done in Hungary or, more recently, the United Kingdom. The philosophy was designed to help children with spina bifida and cerebral palsy and combines aspects of physiotherapy and verbal encouragement as well as life skills. Repetitive instructions are often delivered in a musical form, making them more easily understood by babies and children. Conductors also use sage baths and massage to limber up the often tight muscles of their clients.

Lynley started taking Jackson to conductive education when he was just 11 months old and she's been coming ever since. "He was not meeting any of his milestones so I decided it was time to step and try and find more for him." And she believes the educational practice has made a huge difference to her son's life. "Everything that he's able to do I think he's learned from conductive education."

Jackson has cerebral palsy, epilepsy and is visually impaired. Lynley says, although he is 21, his cognitive skills are those of a five-year-old. However she says, through conductive education he has been able to learn to feed and toilet himself and move from the floor to seated or standing positions. "What you learn at conductive "ed” is: you take it home with you. So when Jackson's sitting at the dinner table, I will make sure that his feet are flat on the floor because that enables him to balance himself."

Those skills will be important as Jackson enters a new phase of his life, leaving school and  beginning a day programme at Idea Services. Lynley wants Jackson to be able to enter the centre and move around the building himself. "Making his life as independent as he can, using the skills he's got." 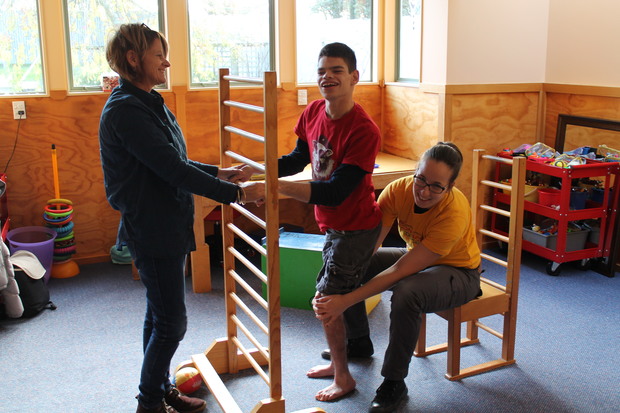 Zsofia Varga (above right) has been Jackson's conductor for three years. She trained at the Andras Peto Institute in Budapest, which she describes as "a magical environment". She says, as part of the training, the students were immediately thrust into working with children who had disabilities, mainly cerebral palsy.  "It's amazing to see how children who couldn't move their limbs or do different activities just learn it."

She says the philosophy focuses on what individuals can do rather than what they can't. "You can see that they enjoy the programme which is very important and they don't feel disabled." She says conductors focus on finding a way for the child to do each movement. "We work on getting people independent."

Zsofia is returning to Europe to be closer to family but says she and her finance enjoyed their time in Invercargill and the relaxed New Zealand environment generally. "People are just friendly. Everyone recognises you in the shop after three years."  But she says it’s hard to say goodbye to clients like Jackson. "You just get really close to them ... you see them develop day by day, week by week and they achieve different milestones."

The fact that conductors are sought after internationally and often need to travel for work was one of the attractions of the career path. "I can see the world as well, at the same time, as working with special needs children." 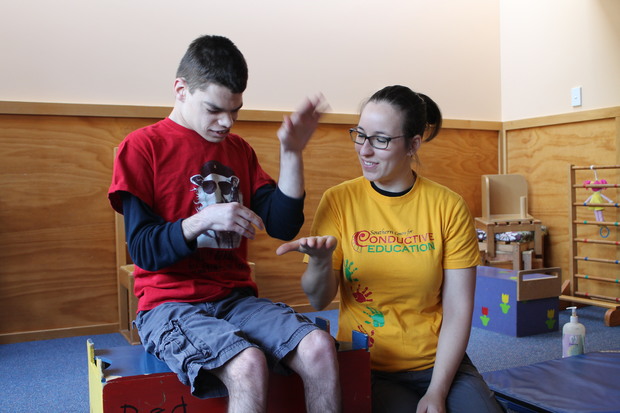 The manager, Kevin Wall, says the centre has 33 clients, most of whom are babies and he receives some Ministry of Health funding for them. But he says the centre is the only one in New Zealand that accepts people of all ages and increasingly the therapy is attracting adults who have had strokes.

"We 're getting them out of their wheelchairs and retraining them to walk and use their limbs and give them the life skills back."

He says, because the adults aren't funded, the centre needs to raise an additional $150,000 - $200,000 and the trustees and staff do this through sausages sizzles, raffles and other community activities. "Every little bit makes the pile of money we need to keep us going."

Kevin Wall says it can be difficult to secure conductors as affluent families often hire the graduates as full-time nannies for their children. He says the other challenge is meeting the competitive professional salaries that conductors command. "It is very hard because you're competing with a world market." But he says the conductors are worth the cost because of what they achieve in terms of each child's development. And he says parents are often surprised by the progress that is made. "When you see the before and the after, it’s unreal."

"I keep coming because it keeps working." 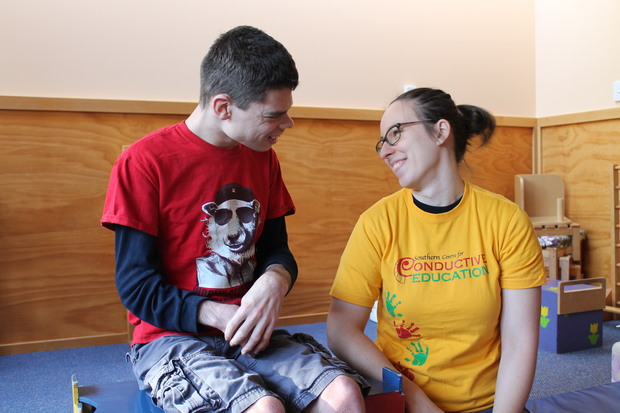