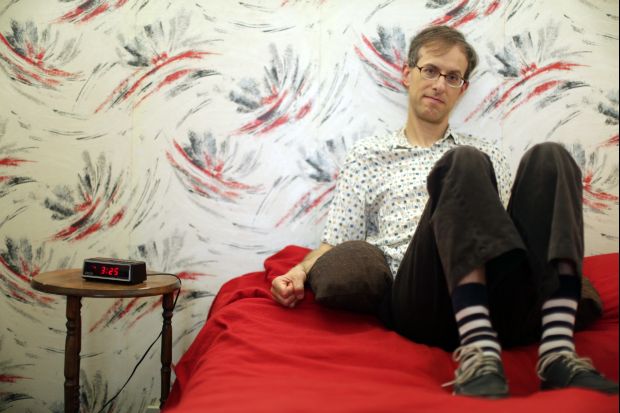 "I've been looking for love for a very, very long time."

Forty-something American artist and writer, David Matthews is probably not alone in his quest for a partner in life. But not everyone gets a film made about their search. David is the star of Aspie Seeks Love, a documentary that follows his romantic adventures as he looks back at years of personal ads and starts to dabble in Internet dating. The film, by Julie Sokolow, also delves into his diagnosis of Aspergers Syndrome at the age of 41.

David says, over the years, he's had "severe difficulties" in meeting members of the opposite sex due to his personality and appearance. "I'm not the Adonis type, to say the least." He also says his voice has an "affectless" quality. "I talk like Bullwinkle (an animated 1960s TV character) on barbiturates." And he says others have told him he has a "robotic affect". "A woman with whom I once tried to form a relationship called me "a friendly robot" after hearing my voice."

David also believes some woman are turned off by his "not exactly hip" interests such as alternative comics, thrift store records and vintage educational films. He says these days like-minded people can easily find each other on the Internet but he grew up in the pre-cyber era. "I had to make personal contact with people at parties, art galleries and clubs and that proved difficult for me, due to my shyness."

As part of his search for a possible partner, David spent years writing personal ads in the form of fliers that he posted on lamp posts around his home town of Pittsburgh. He says these posters gained some attention but nothing that lasted. "Due to the way I presented myself, a good portion of the women can't get past my so-called geekiness"

His next step was to email a film director, Julie Sokolow, and suggest she make a movie about him to impress a woman he wanted to date. As it turned out, the woman wasn't interested but Julie Sokolow decided to take up the film project.

– That's how Julie Sokolow describes receiving that first email from David. She had seen him around town and thought him a stylish and intriguing figure so she agreed to meet him for a coffee. She says she still has that first tape-recorded interview and holds it "pretty dear". "I can just hear myself cracking up with every other line he says. He's just so witty and that really told me to make the film about him." 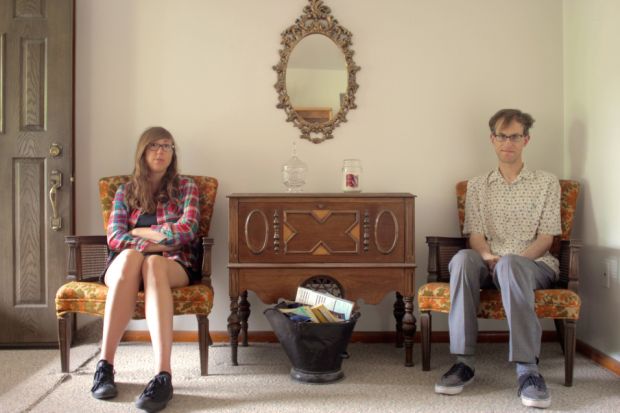 The pair spent the next few years filming David's romantic endeavours including his ventures into Internet dating. "One of [...] people's favourite scenes in the film is watching David create an on-line dating profile."

The project has been well received and was judged Best Documentary Feature Film at both the Omaha and Cinequest Film Festivals. But Julie's goals for the documentary are simple. "If people just get exposed to David and his work through this, that's great. And if people come out with an understanding of [...] people on the spectrum or a new appreciation and empathy for that experience, that's all we could ever ask for."

My Own Unique Person

David Matthews also hopes to educate others that people who have Aspergers or are on the Autism spectrum have the same desires, needs and aspirations as "so-called neuro-typicals". "Just because I do not express emotions doesn't mean I do not feel emotions." He says he experiences emotions that are different from what neuro-typical people feel. "Throughout my past few years I've felt sadness and happiness and romantic desperation in my own inimitable way."

And he says, while he sometimes uses the term "aspie" to describe himself, his neurological condition is separate from who he is. "I am not Aspergers. In other words, I am my own unique person. I am David Matthews." 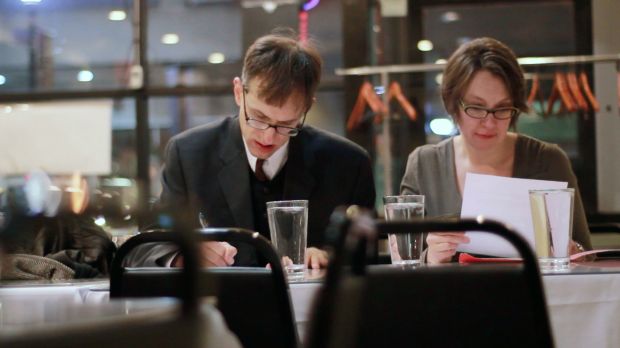 As for the burning question: has David found love? He says people will have to watch the documentary to find out but teases with this comment: "Let's just say my dating life has turned out rather well."

People wanting to view the film can host screenings in their areas by visiting the producer's page on Tugg.