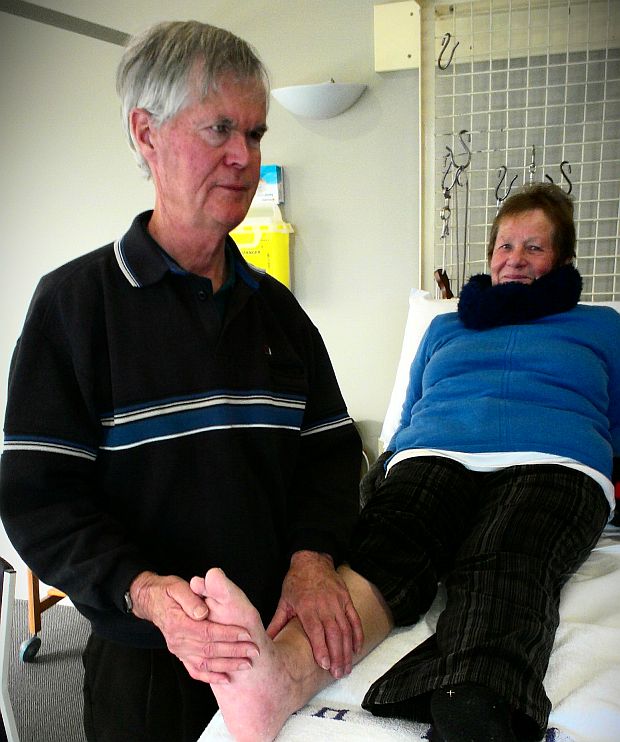 "You can see there the operation scars and it is a little bit puffy still, but it's been much worse."

Veteran physiotherapist, Richard Hayward, describing an ankle injury to his client, Sue Clarke and One in Five presenter Katy Gosset.

But Richard himself does his "seeing" with his hands, after losing his sight at the age of five in a fall. "I struck my head on the concrete and got detached retinas and, in those days, they were not able to stick them back on again, basically."

He can't read X-rays but relies on expert advice from other physicians and his own sense of touch, honed over the years. He's also retained his visual memory and has some light perception which he says helps in his work.

A Rapport with Clients

Sue Clarke was referred to Richard after a serious accident in which a pine tree fell on her, pinning her against a second tree and breaking her back. She also suffered a punctured lung, fractured ribs and a badly crushed ankle. "I'm very lucky to be here."

Initially pleased to find a physiotherapist in her hometown of Motueka, Sue admits she was surprised to learn that Richard was blind. "My immediate thought, me being me, was "Goodness gracious how can anybody help me if they can't see my wounds and problems."

"And after my very first visit, all of those thoughts went away and I was very confident about coming back and being treated by Richard." She believes that, because he is blind, he has "more feel" and says he is very sensitive, both to what is feeling sore and what clients are capable of. Sue says receiving treatment from Richard has been her first experience of dealing with an unsighted person and it has been a good learning curve for her.

And she says she latches onto his positive words of reassurance. "He'll keep telling you that: "You will be whole again but it's just going to take time."

The pair clearly enjoy an easy rapport with Richard interjecting to add, "She's not very patient, she does too much and then wonders why she's sore!"

Sue laughs at this but believes that a bond has formed. "You just make yourself relax, knowing that he's not going to hurt you." 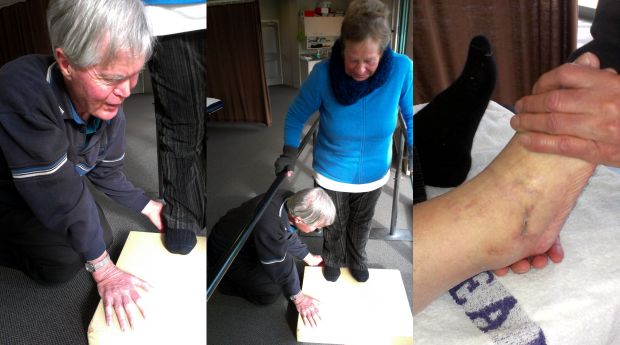 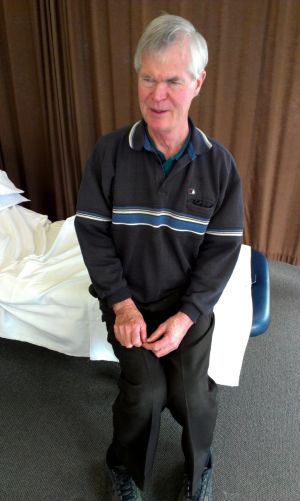 Richard trained as a physiotherapist at a London college for the visually impaired. He then headed to apartheid-era South Africa where he worked in KwaZulu-Natal, setting up rehabilitation centres for people with arthritis, polio and tuberculosis.

As a visitor, he recorded his impressions of the country in smells and sounds and what he could feel beneath his feet, be it sand or gravel. "The sound, of course, is insects, birdsong, African singing [...] in the distance, the sound of drums at night when the tribes get together for a meeting. It's atmosphere that you're seeping up and absorbing."

But eager to leave what he described as a "noxious" system (Apartheid) Richard and his wife left South Africa and headed for New Zealand, where they have been happily based in Motueka for thirty years.

He spends his recreational time swimming and exploring the country on a tandem bike with his wife.