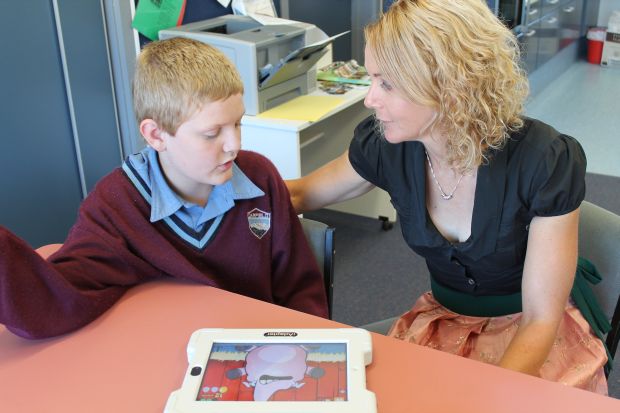 Bridget Carter admits she has followed her son, Nathan, to school. The 12-year-old Canterbury boy, who is on the autism spectrum, has just started walking to Darfield High with some friends. And, for Bridget and the rest of his family, it’s another "wow moment".

She says, while she initially followed him to ensure he was safe, she was also keen to get photos of the big moment. And she believes the new independence has been good for his confidence. "He's actually excited about going to school with them." Bridget Carter says part of what has enabled him to take this new step is the use of an iPad.

It offers visual supports and prompts to help Nathan interact with the other children. "Just to say 'Hi, how are you?' and then they know that he may not say anything on the way to school but they're just so good at talking to him."

Nathan Carter is one of a number of children throughout the country taking part in research by the University of Canterbury.

A senior lecturer, Dean Sutherland, says the work examines the children's responses to three communication techniques: picture exchange, manual sign language and the use of an iPad. He says most of the participants found the iPad easy to learn and 70% of them preferred it as a communication tool for requesting toys or other objects. 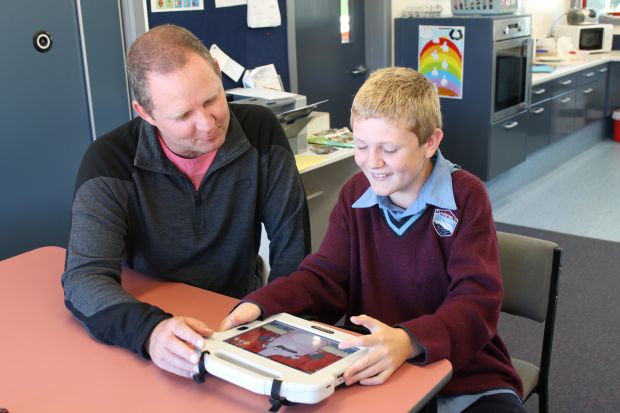 Mr Sutherland says, while the research and iPad use have not been conclusively linked to any communication gains, he has seen big changes in some participants. "We have had a number of children on the study that have gone from being virtually non-verbal to speaking quite fluently and reasonably effectively in social situations."

Nathan's teacher aide, Sam Newbigging, has also seen significant changes in him since they first met back at PlayCentre. 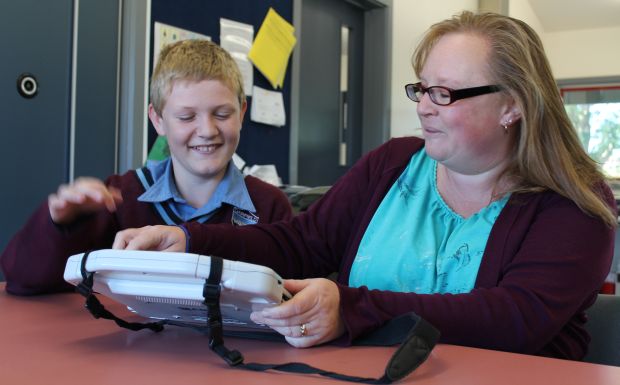 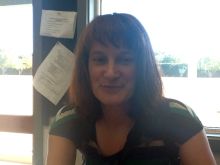 She says Nathan often uses the iPad to record himself doing an activity and then watches it back."It just opens up a new world for him that he can write down and then remember more things. He can go back and process new experiences in his own time and learn from them."

As an example, while I was conducting my interview, Nathan photographed me and detailed my visit in his journal.

Think to the Stars

Dean Sutherland says the next step will be to see what role the iPad can play in developing more complex language skills.

Meanwhile Bridget Carter says the way her son records himself on the tablet has already taught him some new ways to interact with his peers. She says Nathan loves ten pin bowling and, by recording himself doing it and following visual supports on the iPad, he is now able to initiate contact with other children and ask them to play with him. "He might mention someone's name and say he likes them or he wants to play with them so it is really exciting as parents to see that progress." She says people often under-estimate what children with Autism Spectrum Disorder (ASD) are capable of.

"Quite often people focus on what they can't do but there's so much that they can do."

And Bridget Carter says her philosophy has always been to follow Nathan's lead in what he wants to do. "He's telling me now, like taking him to school, 'Mum, go home' when we get to school and things like that."And she says each new achievement can be built on to help with other areas of development. "Think to the stars in terms of what he is capable of because nobody knows but him."