Hundreds of Auckland Vegan food lovers swamped New Lynn’s night market for its first Vegan Village evening, with much of the food on offer selling out quick smart. 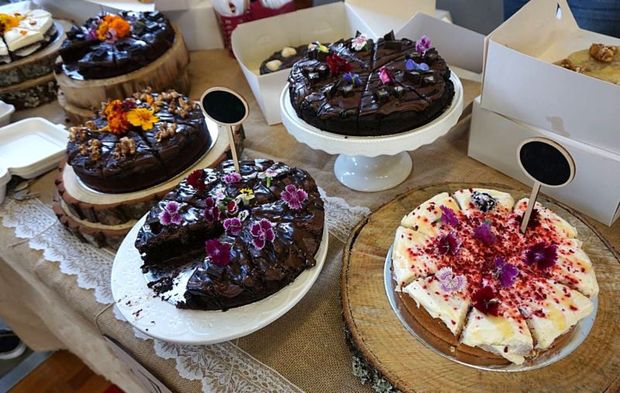 The market is the brainchild of Shasha Ali who’s been re-inventing her own Indonesian recipes - vegan style.

When I first meet Shasha she is trying to set up her stall, along with a band of willing helpers, but is being run off her feet with customers arriving early.

“I’ve already sold out my Nasi Goreng and we‘ve only been here less than an hour. Everyone knows Nasi Goreng, but I think mine is the best because I used my grandma’s recipe. That’s a family secret," she says cheerfully.

Her stall is also selling vegan Beef Rendang, which replaces the beef with fleshy mushroom, and I also get to try her spicy chicken satay, made with a soy alternative - and they're both delicious.

Sasha says people may want to eat vegan, but there are options which will allow them to eat food that reminds them of their meat eating past.

Shasha who is Muslim, says she grew up in a big meat-eating household and has adapted some family recipes to be vegan. 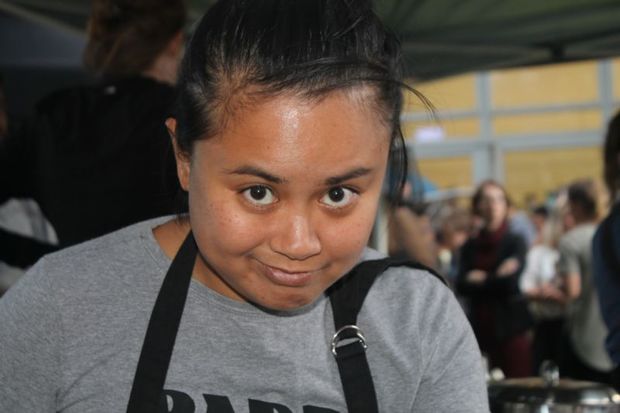 She is in the process of setting up her own vegan cafe, and says the point of the Vegan Village at the night market is to show people that vegan food doesn’t have to be boring.

She says to be a vegan is not just to eat food with no animal product, honey, or eggs. It means concern for the welfare of animals. Vegans say they’re promoting an ideal of a "kinder world”.

So here tonight, you can find food that looks, feels and tastes like beef or chicken, bacon and even cheese - if that’s what you want.

There are also delicious vegan chocolate cakes and French crepes.

One of the early customers is Clare. She knows there’s going to be amazing food on offer, which is good because she doesn’t like to cook, but she does like to eat. 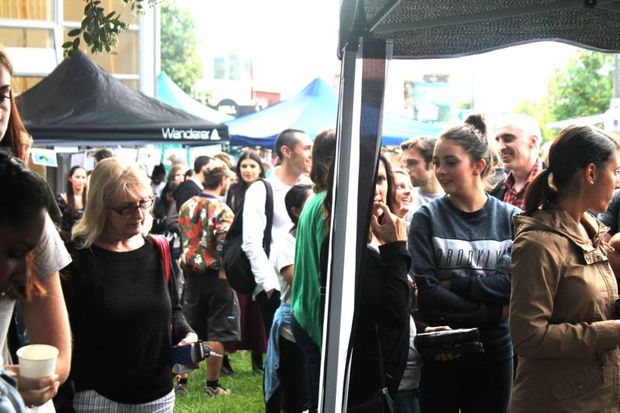 She says she is vegan because she doesn’t want animals to die or be separated from their offspring, just so she can live.

Clare had been vegetarian since she was 10 but has been a transitioning vegan for the last two years. Being vegan means she has to research thoroughly where she shops, she says. 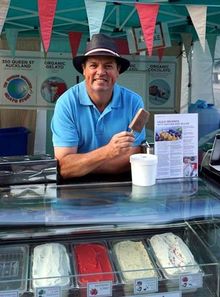 Vegan Katherine thinks that being vegan is just a compassionate way to live.

She runs a vegan household and her children eat only vegan food. They grew up learning to check product labels but will have the choice to remain vegan as they get older.

Over at one food stall, Tasman is heating up his no meat chili stew, or "chili sin carne”.

He uses imported jack fruit to give it a “meaty” texture but is having trouble getting his massive potful hot enough tonight.

Next door, the vegan ice cream seller has run out of the salted caramel and dark chocolate favourite.

“Should’ve brought more supplies and some extra staff too," he says.

The Nourishing Baker is a bit shell shocked after she sold out of her rich chocolate cakes in a flash.

The cheese maker next to her is also looking pleased with the way business has gone tonight.

The choice to go vegan

It seems that many vegans started off as vegetarians, and transitioned into a vegan lifestyle when they considered the reasons they were vegetarian.

Shasha Ali says some may think a vegan diet is not health but she challenges that. She reckons vegans care so much more about their health and for the environment too. 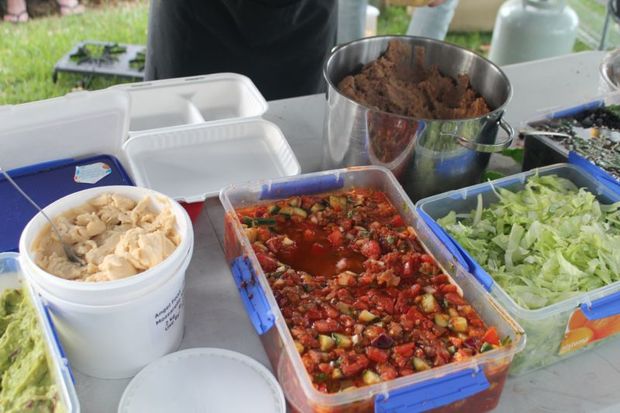 When you look up veganism online its seems everyone has an opinion over the lifestyle. An American nutrition site says vegans tend to be thinner and have a lower risk of heart disease.

However, it warns eliminating all animal products from the diet increases the risk of certain nutritional deficiencies.

Another website called Ten Vegan Diet Dangers says  “ there are no cultures that have thrived by subsisting off of animal-free diets”.

New Zealand site Nutrition Foundation writes that if you exclude a large number of foods from your diet, careful planning is needed to ensure you receive all the essential nutrients.

Clearly it’s a case of balancing enthusiasm with common sense.

The hundreds who turned up at the first Vegan Village market seem to be ready for that. The Village will be back at the New Lynn night market on the last Thursday of this month.