Painting for a Purpose

When you have an important message that needs to be shared, what better way to make an impact than painting it on the streets?

The organisation was established almost eight years ago as a means to generate awareness about ocean and environmental issues, giving voice to depleting and unprotected marine species and natural habitat. 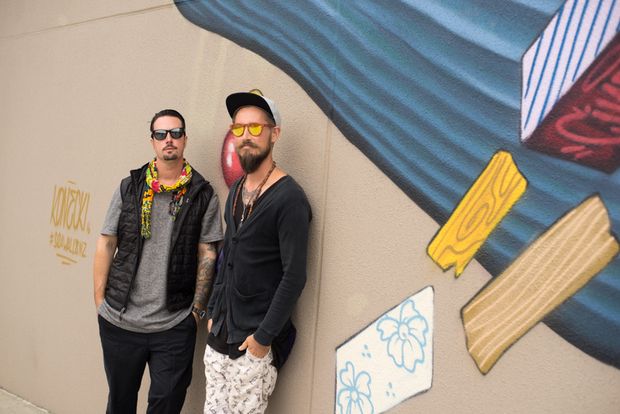 "I was living in Tokyo investigating the illegal wildlife trade throughout Asia focusing mainly on marine life. Seeing animals destroyed on that level was extremely disheartening, but it’s important to get the reality of what’s happening to these animals out there and to give people hope, because if you don’t then we don’t really stand a chance."

Part of the function of Pangeaseed is outreach though education and events. Working with renowned contemporary artists from around the world is a key factor to disseminate an important message through what Packard refers to as Artivism.

"Art is such an incredible communicator [because] its subjective and can transcend borders and races... We held our first art exhibition in Asia in 2009 and later began taking art on to the street. When we painted our first mural in Sri Lanka, the light bulb went off." 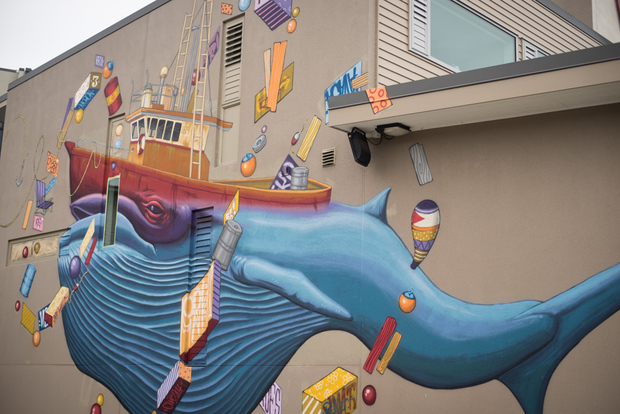 Packard's passion drives the project. He knows that he can't change the world overnight, but says the flow-on effect of the current situation in the oceans have implications that will impact us all down the track.

"The United Nations estimates that we’re going to have no more fish in the ocean by 2050,  so you can imagine once we have an empty ocean and [with] a grossly overpopulated planet [which] will only increase, people will [be left] fighting for resources and everyone needs water, food and shelter. It's going to get pretty intense if governments don’t start working together and corporations don’t become more sustainable."

Starting the Seawalls for Oceans project and running street art festivals where artists take on ocean issues has proven successful.

Award-winning New Zealand artist Cinzah Merkens was involved in the Seawalls project in Mexico two years ago and the decision was made to bring it to his hometown, Napier. 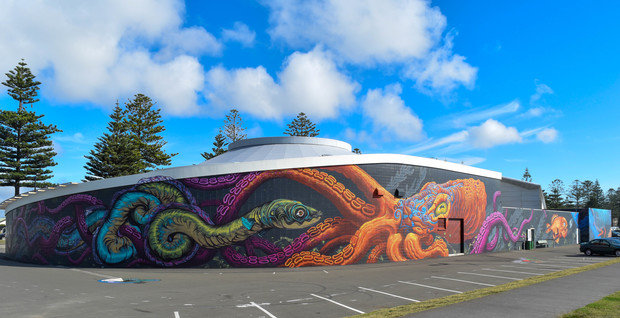 “It’s a really tight-knit community and people [are supportive] when they see that we’re all working for free and donating our time.”

Merkens is passionate about the project and stands firmly behind the cause, despite the gruelling days and blood sweat,and tears that go in to painting large scale murals over a five-day period.

“You forget to eat and drink, you’re in the elements working for 15,17 hour days non-stop, climbing up and down ladders…it takes its toll on you.”

The Napier artist collaborated with Canadian-based Jason Botkin to complete a work focussing on the Long Fin Eel, a species currently under threat by man's impact on their migratory trails. The long fin eel lives from 70, 100 years of age and only breeds once in its lifetime.

To donate to Pangeaseed or to find out more, head to the Pangeaseed Foundation website.