"All you brothers and  sisters sleeping outside, all you rough sleepers. Don't forget you've got the Islanders feed, up at the Rock tonight. Tonight and every Friday. Get some food into you." Shadow on Radio NFA 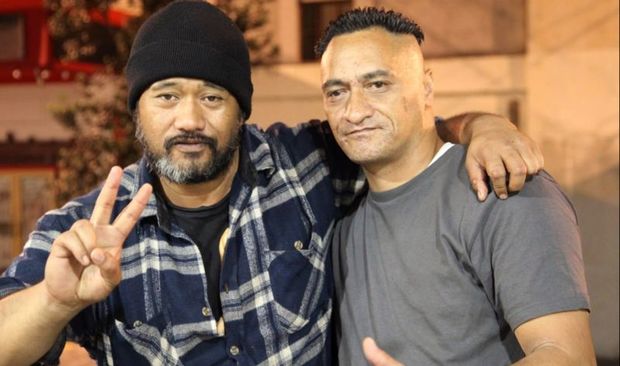 It was designed to give Auckland’s homeless people a slighter bigger voice… their own radio station. But its future’s now looking a bit uncertain. “Radio NFA”, that’s short for No Fixed Abode, live-streams from the inner city.

There are about 150 people "sleeping rough" in Auckland city each night of the week, but hundreds more  live on the breadline in boarding houses, shelters, or cheap flats. Dozens turn up each day for meals at the Auckland City Mission, the Merge Café run by the Methodists' Lifewise organisation… and then every Wednesday there's a very good lunch at the Urban Vineyard Church, Radio NFA broadcasts from the building, so its always up and running on Wednesdays atleast.

The  radio can only afford to stream on the internet, so many of the homeless or unemployed can’t easily access it.  Meanwhile some of those who’re running the place, have now got themselves jobs as a result. So the station can now operate only intermittently. 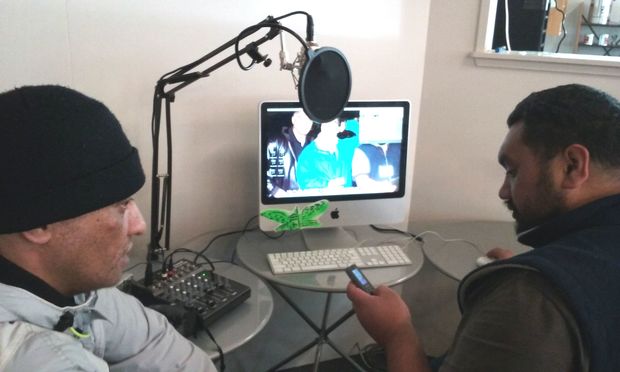 I meet the homeless crew who run the station while they set up for a broadcast during a Wednesday lunch. John Heta is the Manager, while Shadow does an on-air stint. Rob acts as Radio NFA's go-to tech guy.

John Heta says moves are underway to train up more people to help run the station. He says he station only has a basic set up at the moment, a little mixer paid for by the Auckland City Council, and a computer donated by AUT.

Co-founder Tosh Ahkit was a postgraduate student at AUT when she investigated ways to empower the homeless to help themselves. She started with weekly art classes at the Auckland City Mission and added the lure of chocolate biscuits to get people there talking. 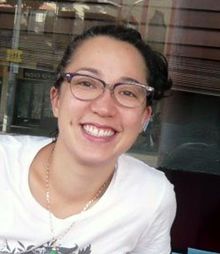 "Homeless doesn't mean hopeless" she says and the homeless people themselves wanted to change perceptions among the mainstream public. She came up with the idea of radio because "radio has no borders".

As a troubled teenager herself, Tosh lived in a series of foster homes and the last one was "ten times worse than any other experience". But she was deeply involved in the local music scene. and she believes that helped her through a further decade spent in and out of  mental care. Tosh Ahkit says she can understand why people end up living on the streets.

John Heta says some street people have lost self respect, because of their experience in the mental health system, but they can make changes. Radio NFA would like to help.

Tosh Ahkit says the Radio NFA is now in transition. She says  it was orginally supposed to be a one-off pop-up radio station.She says if it's to survive as a  proper 24/7 station it would need government funding. Here she laughs, a little disbelievingly?  Station staff would be paid to be advocates for "sustainable change" for homeless people.

"I think that's a realistic goal, but it will be a long term plan", she smiles. 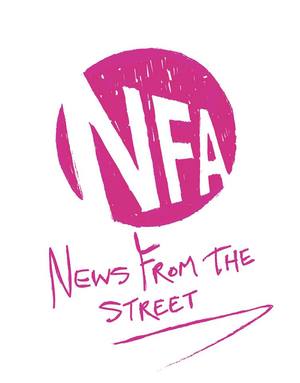 "Kia ora my name's Shadow, I'm talking to my friend Daniel about homelessness. Daniel is homelessness a  worry, a hassle or no concern at all?

Daniel: Personally, no concern at all. Compared to where I came from, being on the street is a lot safer.

Shadow: Why do people live on the streets?

Daniel: Freedom. Freedom from society where you have to be a certain way, act a certain way. There's a lot of pressure. But on the street, you only have yourself to worry about.