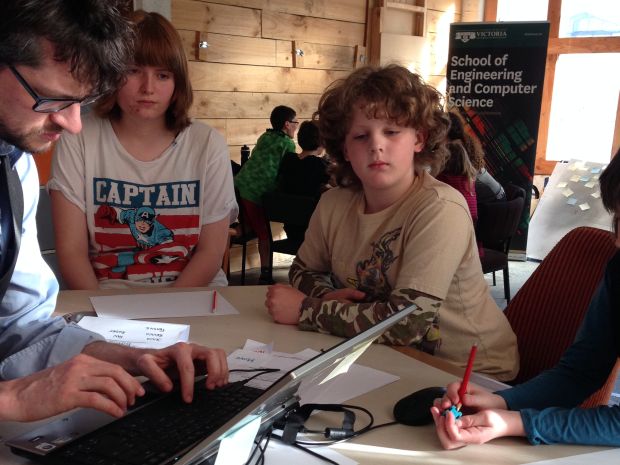 What does it take to make a robot?

Well, Lee Bennett, founder of Wellington Makerspace is the very man to  tell you what’s involved. With a background in robotics and aircraft engineering, he has also worked for Weta Workshop and later went on to build WW1 aircrafts for Peter Jackson’s aircraft factory.  Keen to develop his own projects, he decided to set up his own studio three years ago. Currently self-run with a small core staff, Wellington Makerspace  holds monthly workshops on robotics.  Here, kids will learn creative problem solving, 3D laser printing, group work and yes, how to programme robots.

When the group of 9- to 17-year-olds set to work, the room is abuzz with an exchange of well-articulated questions, along with many an idea thrown into some serious discussion. In fact, none of the chat is superfluous to the task at hand. The kids are clever, fast and highly attuned to their technological environment. They advise me on the pros and cons of what it takes to programme a robot and even in layman’s terms, they break down the jargon into a digestible form.

It is a hands-on workshop where the students have a chance to make decisions, including what they want to make and how they will make it, all with their tutors standing close by.

The studio charges a nominal fee and for those whose parents can’t afford it, a small donation is fine.  Lee says that more importantly the workshops give kids a chance to learn and he has hopes that one day they might even become entrepreneurs.  As for creating robots: “Robots are about creating solutions to problems to make life easier.”

To find out more, visit the Wellington Makerspace website. 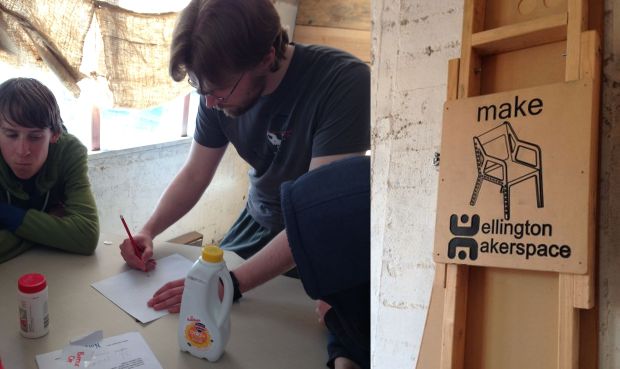