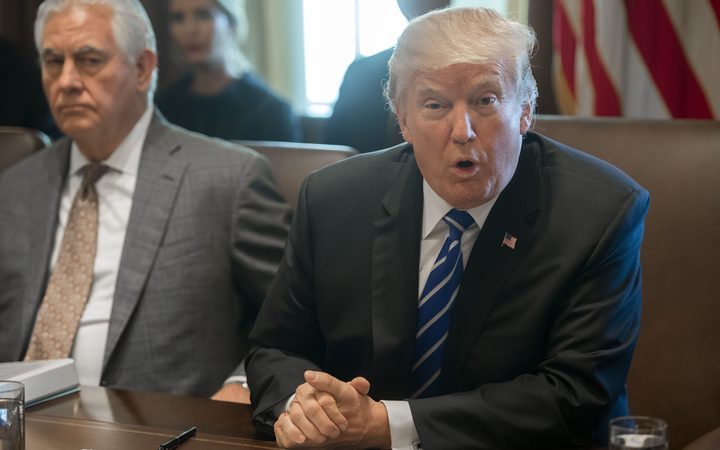 US President Donald Trump speaks alongside Secretary of State Rex Tillerson during a Cabinet Meeting in the Cabinet Room of the White House in November. Photo: AFP

US President Donald Trump is considering a plan to oust Secretary of State Rex Tillerson in the coming weeks, in what would be the most significant shake-up so far in the administration. He is Tipped to be replaced by the CIA director Mike Pompeo, potentially bringing to close one of the most turbulent and shortest-lived tenures for a secretary of state in more than a century. Kathryn speaks with Foreign Policy intelligence reporter Jenna McLaughlin. 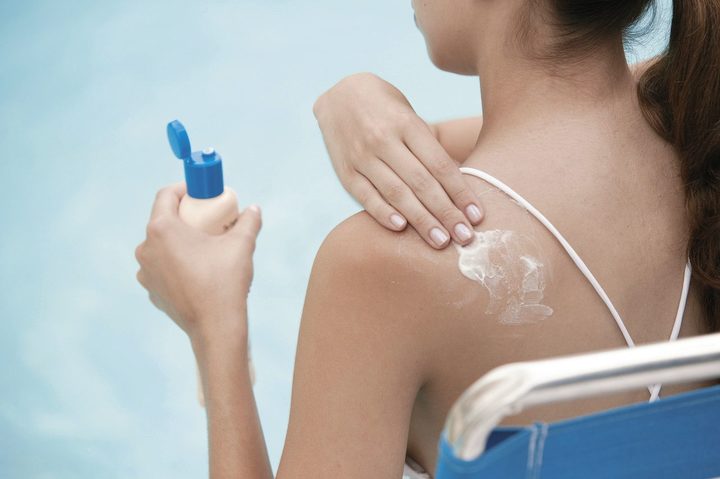 Calls are being made for mandatory & more regular testing of sunscreens, as Consumer NZ releases its full report into failing sun protection products. Unlike in Australia, sunscreens here are classified as cosmetics, not therapeutic goods, and the standard for testing is voluntary. That's despite New Zealand, having one of the world's highest rates of melanoma. As we gear-up for a hot summer, Kathryn Ryan talks to Consumer NZ's Belinda Castle and Tony Reeder who is the Co-Director of Otago University's Cancer Society Social and Behavioural Research Unit.

09:30 The power of profanities 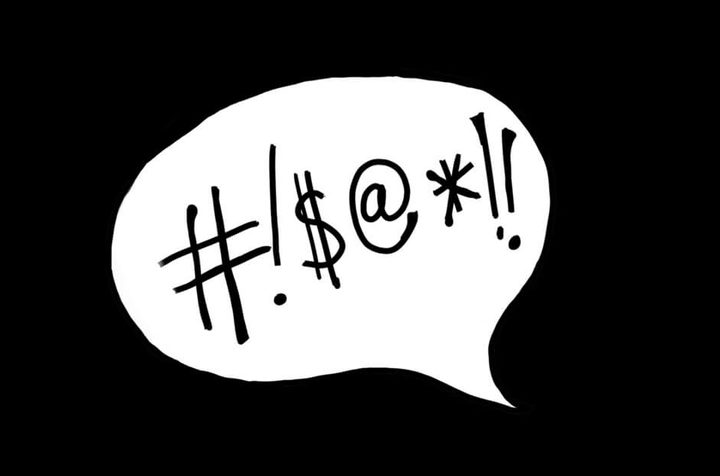 Swear words have been used in varying situations for hundreds of years, but aside from insults and exclamations, can bad language be beneficial for you? Kathryn Ryan speaks to London-based scientist,  journalist and author of the book, Swearing is Good for You, Emma Bryne.

Free speech is under renewed attack in the Pacific with Fiji running sedition trials – including against its major newspaper – and Samoa restoring criminal libel to silence a vexing blogger, the remarkable detective work on old Samoan photos and how sharks shape Pacific reefs.

Robert Gebauer - A Samoan in the Great War 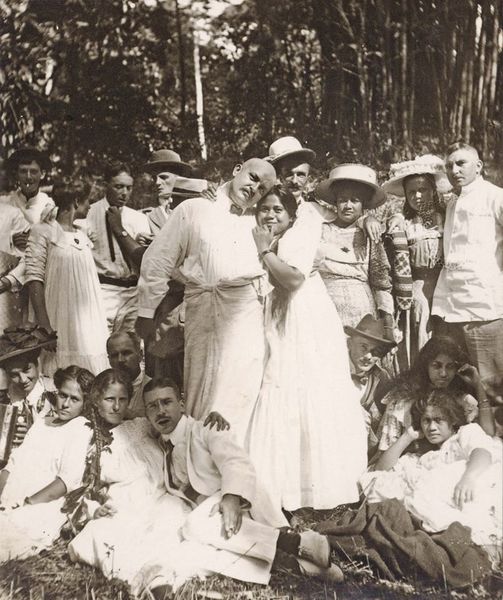 Credit: Gesa Akkerman-Ohle Collection, Museum of Samoa. A picnic photo is from around 1914. 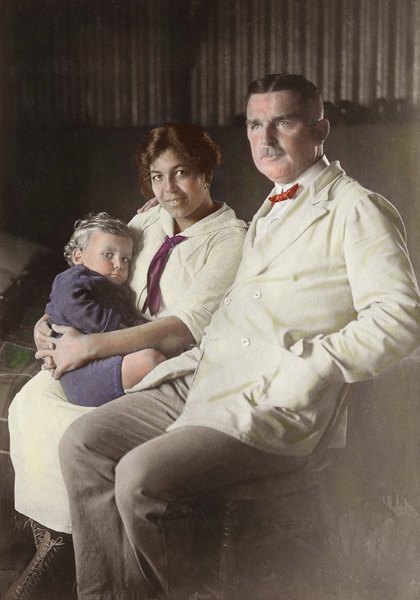 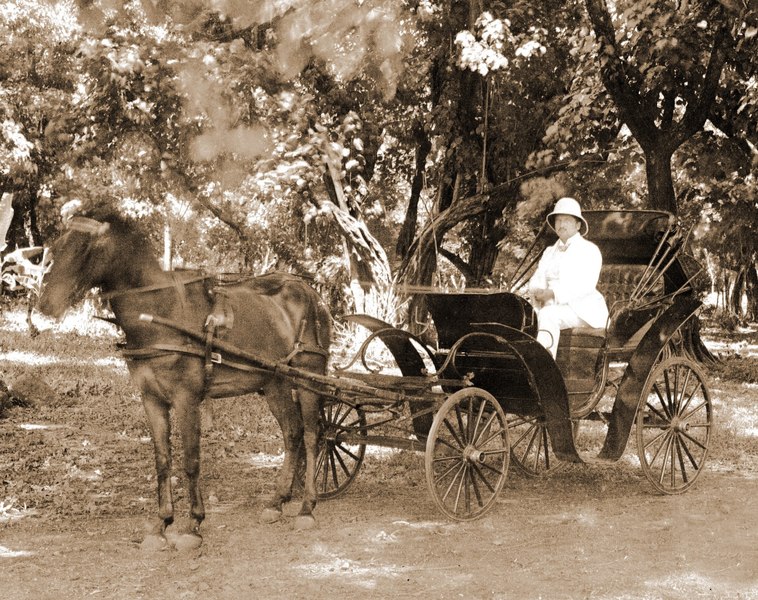 Credit: Klinkmüller Family Collection Mr Gustav Klinkmüller sits in his carriage at Vaimoso. The curved mudguards protected the passenger from splashes and also provided a step up.

10:05 Saving lives on the Africa Mercy 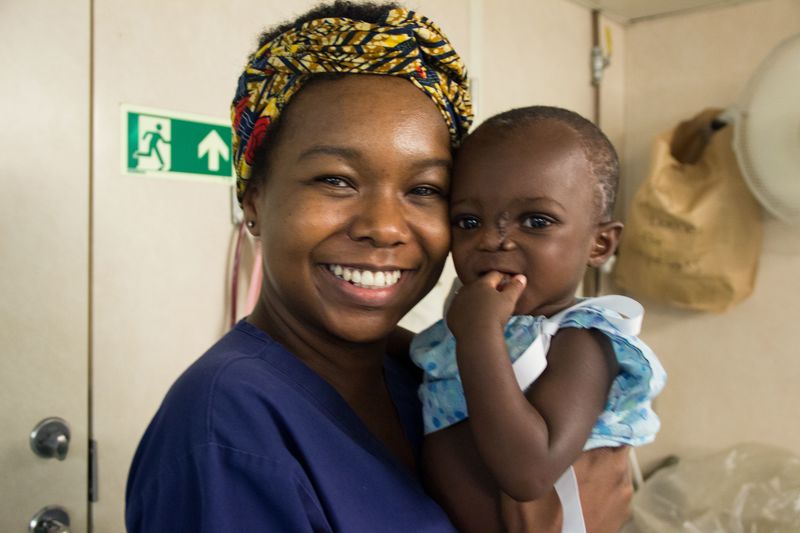 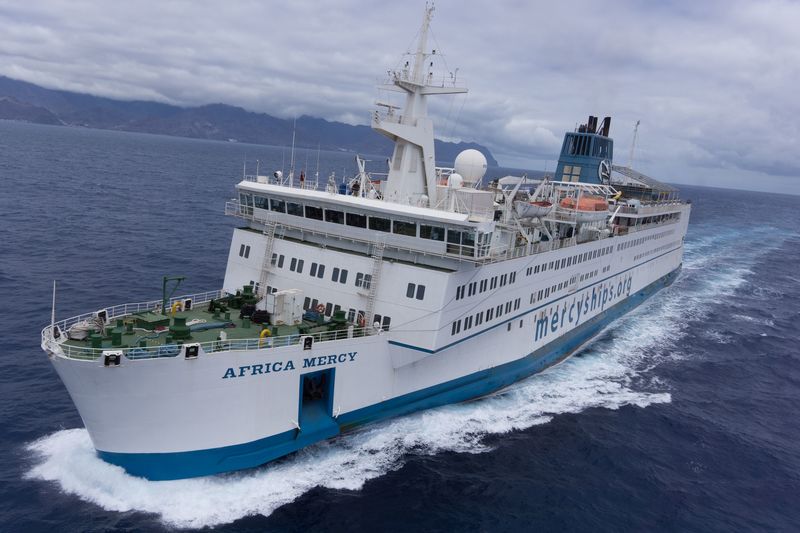 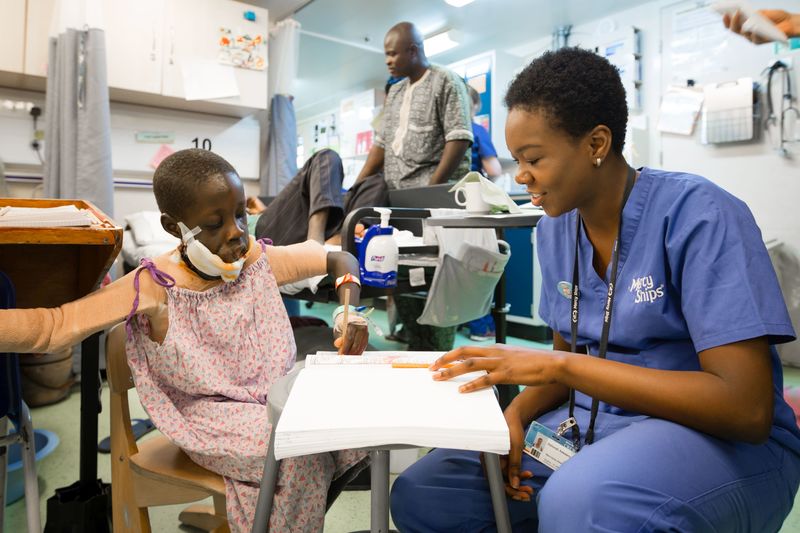 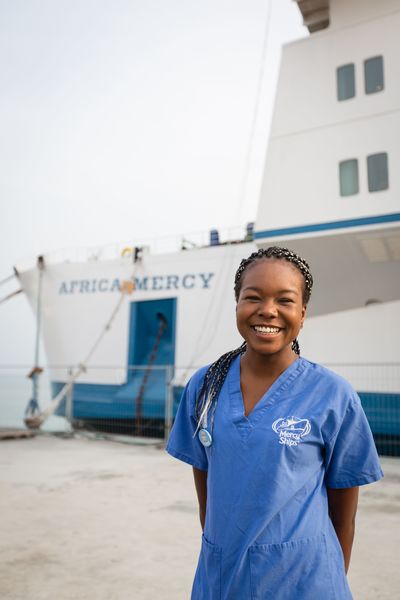 Deborah Adesanya joins Kathryn Ryan to discuss her time volunteering on the world's largest civilian hospital ship, the Africa Mercy. The Nigerian born, paediatric nurse at Auckland's Starship Hospital, cared for children recovering from major surgery in the tiny nation West African nation of Benin. Her story, and the lives of the patients and other crew members has been made into an eight-part documentary called The Surgery Ship - which will be screened on Fridays from 1st December at 7.30pm National Geographic. 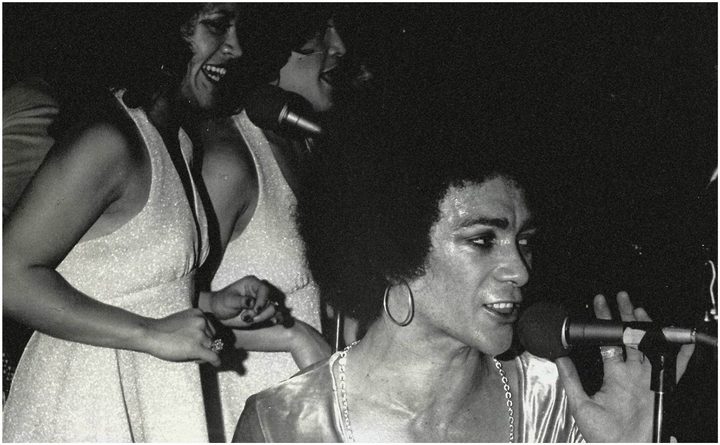 You are cordially invited to shake your money-maker. Compiled by Auckland record collectors John Baker and Alan Perrott, a new double album Heed The Call looks at NZ soul, funk and disco released here between 1973 and 1983.

The mens and women's Rugby League World Cup finals, the first Ashes test won resoundingly by Australia, and the slightly farcical edict handed down by World Rugby which bans all hand written notes or words on their arms or hands.

A lighter look back at the week, including the reaction to Melania Trump's Christmas decor at the White House.