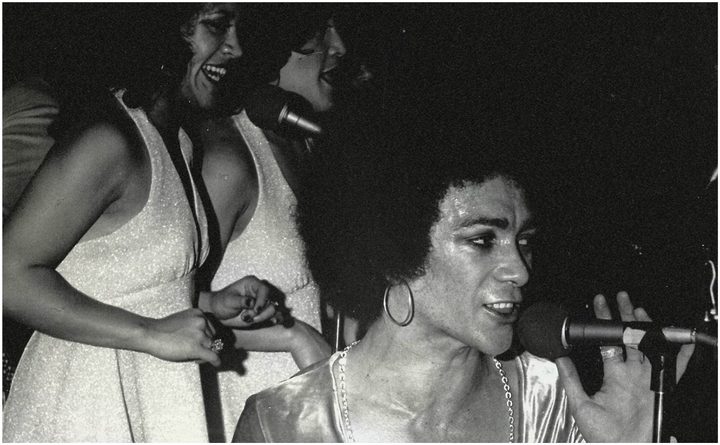 Gutted. I mean, really – what’s the point? You spend a couple of decades of your life at garage sales, auctions and music stores, ferreting through dusty record crates, hunched over and ever-hopeful, scouring the nation for rare NZ funk, soul and disco records. 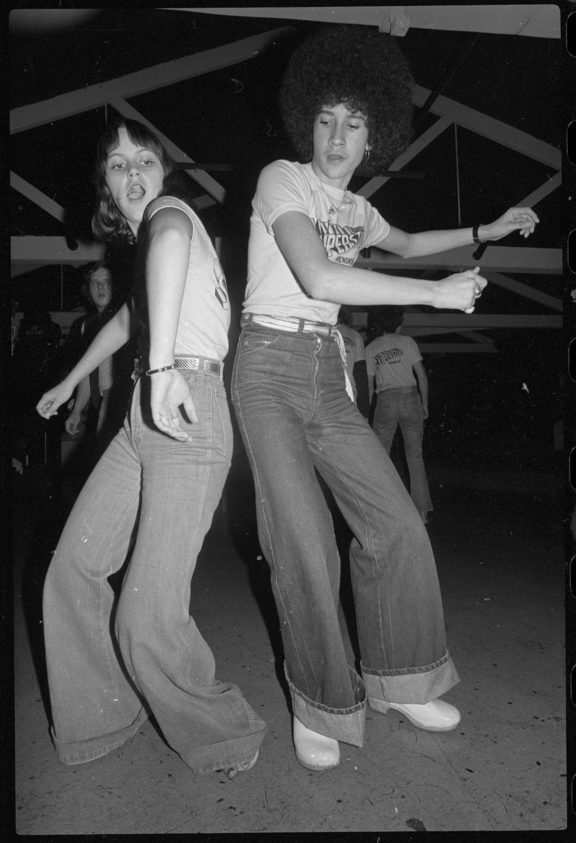 You read screeds of historical background info so you know what to look for; you grill other collectors for hot tips.

Eventually, when you do find one of the rare gems you’re after, whoever’s selling it is asking the earth.

I once paid a Lower Hutt dealer $100 for a copy of the self-titled debut album by Tokoroa funk band, Collision. A hundred bucks!

I paid a king’s ransom for a 12” by Patea soul brother Dalvanius and The Fascinations one time in Sydney. And you don’t want to know how much I coughed up for the first LP by Wellington jazz-funk renegades, Quincy Conserve.

Anyway, like I say – what’s the point? You scrimp and you save and you divert your mortgage money to pay for these things, then some deadbeats whack out a double LP containing many of these same songs, cheap as chips, lovingly remastered and pressed onto pristine vinyl.

Bastards! The culprits in question are Auckland record collectors John Baker and Alan Perrott, with the latter having also written in-depth liner notes for this mighty double LP.

Released on December 1, Heed The Call: Funk, Soul and Disco from Aotearoa 1973 to 1983 is not only musically superb; it also offers an alternative musical history of these shaky isles.

Rather than yet another collection of angular angst-pop whacked out by intense young white guys with guitars, here’s a round-up of what Perrott calls “sepia soul”: funky music made predominantly by Maori and Pasifika bands, many of whom got little radio support, if any, and only got into the studio long enough to cut a few singles.

“These are the songs that drove a country from black and white to technicolour,” writes Perrott in the album’s liner notes. 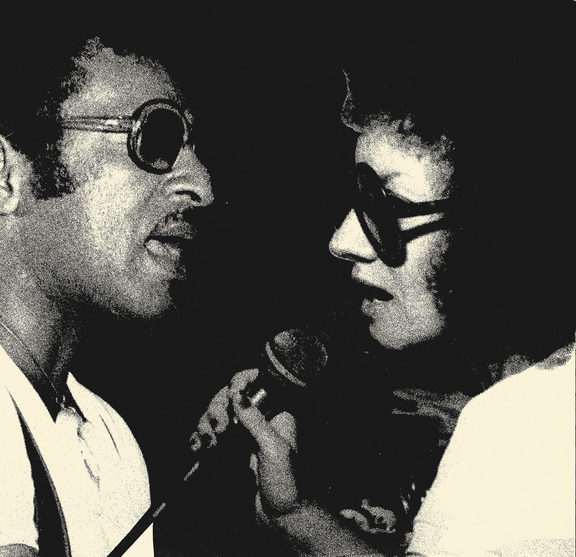 “And being a scene born in total isolation, the music took turns that weren't heard anywhere else.

“This is funk, soul and disco as it would’ve sounded if Studio 54 had been set up within five minutes of a dairy farm, a rugby club and a marae.”

There are Afro-tastic funk acts from Turangi, Patea and Tokoroa, and Samoan soul sisters who started out singing in a Grey Lynn church.

There’s a rare single by duo Sonia and Skee, featuring “Fiji’s Ray Charles”, who turned out to be the brother of coup leader and current self-appointed Prime Minister of Fiji, Frank Bainimarama.

‘Mr. Funky’ is a song by The Inbetweens about a real dude – white suit, sunglasses, afro, unreasonable moustache – who used to go out dancing in a bar they played in, a hang-out of the infamous Mr. Asia drug syndicate.

There are sterling examples of rockers freshly infected by the funk, including the adultery-addled moan-fest from former 60s beat band star Larry Morris (he was fresh out of the clink following an LSD bust), or the song from local acid-rock reprobates Ticket, winding up the bassline and getting down with their bad selves.

Did I mention the sparkling, synth-heavy gospel workout by little-known Samoan band, The Pink Family? I paid heaps for my copy, by the way, and spent years finding it. Just saying.

Here are four of my favourites from the new Heed The Call LP- all ripe for rediscovery, and marvelous musical mementos of a time when New Zealanders, often fueled by serious quantities of strong pot and weak draft beer, were really starting to… you know… get down!

Homegrown disco-soul star Mark Williams has lived in Sydney for decades, but I caught up with him in 2012 when he toured New Zealand fronting Dragon. 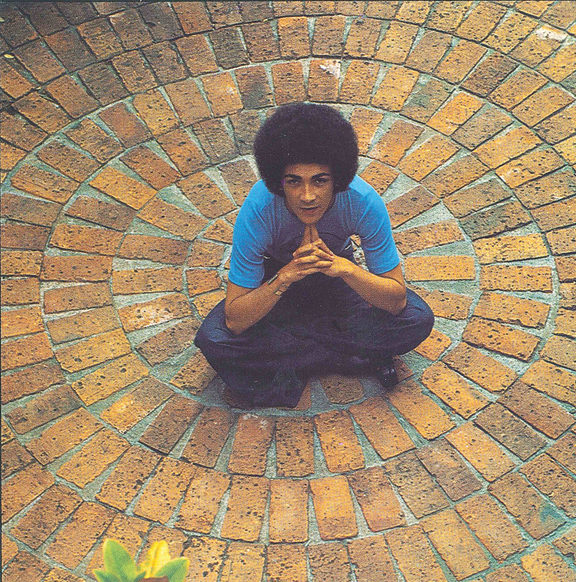 He told of his early experiences singing in Dargaville school band The Face when he was 16, learning his chops, playing pubs, marae and country halls “way up north” during the late 60’s.

“We would start our sets with waltzes and foxtrots then move onto Jimi Hendrix and Led Zeppelin covers once the crowd had a few drinks under their belts. I remember one night we played this Mormon social somewhere near Whangarei, where they were only drinking orange juice. That was the most boring night we ever had! God, it was terrible! But you had to be versatile in those days, and so we learned to play anything and everything.”

His first love, however, was American soul. “Once I became a solo singer, my biggest inspiration was Aretha Franklin’s Live at Fillmore West.

“I would listen to that record nice and loud at home before I drove off to do these solo spots around the pubs, and I’d imagine playing gigs like that, with such great backing singers.

“The sound of her voice moved me deeply every time, and I’d go out there and wail away, and lose my voice every single night!

“I felt pretty alone, to be honest, because very few others were singing soul here at that stage, so that Aretha Franklin record became my rock.”

A cover of a song by British disco-soul act Hot Chocolate, Disco Queen was a standout on Williams’ self-titled 1975 debut album, which peaked at Number 2 on our charts and was the highest-selling album by a New Zealander that year.

Samoan family band The Yandall Sisters got their first big break after ukulele legend Bill Sevesi heard them singing in a church in Auckland’s Newton.

Adele, Mary, Pauline and Caroline Yandall were still school girls at the time, but their close-knit harmonies were really something, and Sevesi took them into the studio to record backing vocals for his EP, Samoa Ea.

Soon afterwards, the sisters were signed by an agent after performing at a talent show on Auckland’s North Shore, and were soon regulars on the Auckland cabaret circuit and TV light-ent shows such as Happen Inn.

A couple of the sisters worked in offices by day, and would then head across town, getting changed into glittering Supremes-style evening gowns in the broom closets and kitchen hallways of outwardly glamorous dine-and-dance clubs like Trillo’s.

They released their debut 45 Come On and See Me in 1972 and moved to Sydney for a time before Adele, Mary and Pauline returned to New Zealand to sing backup for John Rowles and later, Howard Morrison, Prince Tui Teka, Space Waltz and Mark Williams.

Wellington producer Alan Galbraith produced several of their singles, but an album was never completed. The trio won NZ Entertainers of the Year in 1977, but EMI chose not to renew their recording contract and they went back to providing back-up for other singers.

The Yandall Sisters’ best-loved song was 1974 single Sweet Inspiration, a cover of a 1968 song by New Jersey gospel group The Sweet Inspirations, who were led by Whitney Houston’s mother Cissy and sang back-up for Aretha Franklin, Van Morrison, Jimi Hendrix and Elvis, among many others.

The single stayed in the NZ charts for eight weeks, and remains a party singalong favourite in Maori and Pasifika families both here and around the Pacific.

self-titled 1975 debut album, which peaked at Number 2 on our charts and was the highest-selling album by a New Zealander that year.

“The 1860 Tavern was upstairs on Lambton Quay, with a restaurant at the front and a bar at the back” recalls trombone player Rodger Fox, now a jazz tutor and big band leader based in Wellington.

Busy as a beaver, Fox formed The 1860 Band in mid 70s and was also a member of Quincy Conserve, Soundproof and the Golden Horn Big Band around the same time. 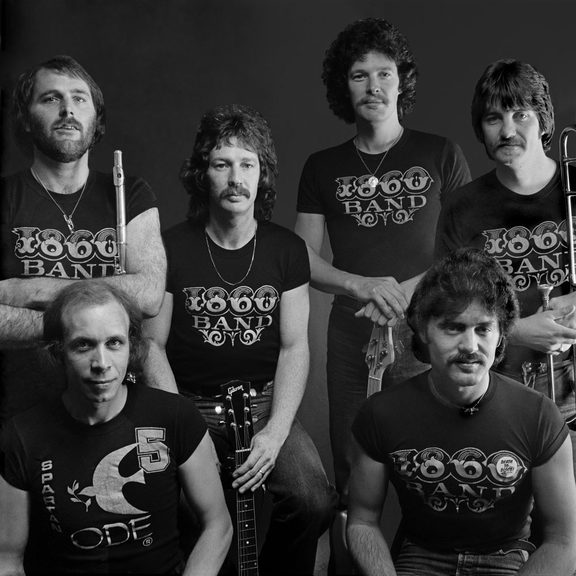 “I played with Quincy for a few months when I was 18, straight out of Mana College, then started Golden Horn in 1973 with my mates from Quincy and some other jazz and brass band guys. Then around 1975, a lot of bars started doing jazz/rock sessions on Saturday afternoons, so I put together The 1860 Band to do that.”

There were five or six other bands playing funk, soul and jazz in Wellington around the same time, he says. “And we were all playing four nights a week! These places were rammed. In those days, there’d often be a rugby game on in the middle of the afternoon, and then great hordes of people would be coming down Adelaide Road afterwards to drink beer and dance.”

For the 1860 Tavern residency, Fox roped in Peter Blake, Billy Brown and Geoff Culverwell from Quincy Conserve, plus bassist Dave Pearson, who was later replaced by Rob Winch.

“We played the 1860 on Saturday afternoons as the 1860 Band, then we’d go off and do our Quincy gig at The Downtown Club or The Speakeasy later that night. That 1860 Band album is really just songs we played every night live.”

He’s referring to the band’s self-titled LP, released on Ode in 1978, and the record’s crowning glory is this disco-funk juggernaut- a cover of an obscure 1974 track by Californian singer Rita Jean Bodine that somehow also became a minor hit for unlikely disco diva Dusty Springfield in 1978.

That screaming guitar solo near the end is an odd embellishment for a disco tune, but the bassline rips, and singer Rob Winch has a soulful catch in his voice that recalls Average White Band singer, Alan Gorrie. That’s The Kind Of Love I’ve Got For You was also released as a single, with a killer Moog-heavy version of Les McCann’s funk-fusion classic Us on the flip.

4. Collision: You Can Dance

“I met those guys after they first came down to Wellington,” says Collision’s sole Pakeha member Mike Booth, who played trumpet.

“They were the resident band at The Speakeasy in Manners Street, which was a pretty rugged place in those days.

“They all used to be a band called Shriek Machine. Fantastic name, eh? They had wild-coloured clothing and big hair and looked seriously psychedelic, and they played funk and heavy rock.” 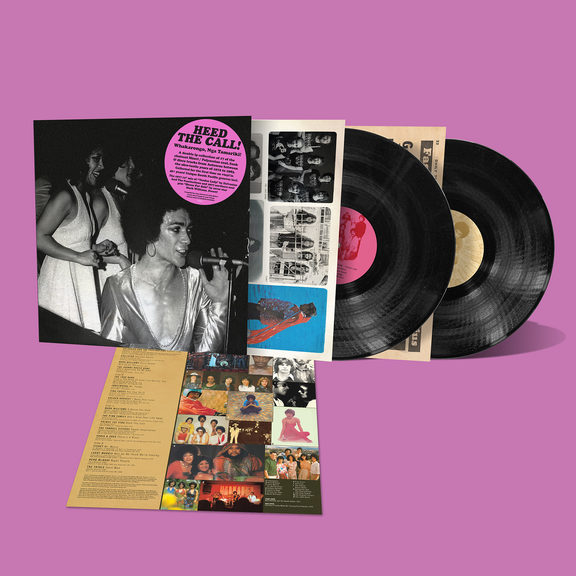 Formed in Tokoroa around a nucleus of guitarist Ali Morgan and his saxophonist brother Hira, Collision eventually succeeded Quincy Conserve as residents at Wellington’s Cornhill Tavern in 1974 and carved out quite a reputation.

“There were other good funk bands in those days, but Collision really specialised in that sound,” says Booth. “Eventually Dalvanius Prime got to know about us, and in 1976, he convinced us we should move to Sydney.”

Collision spent the next few years as the resident band at Les Girls nightclub in Kings Cross, living for a time in a nearby brothel.

The band cut two singles and a self-titled album at Sydney’s Festival Studios in 1978, with musical mentor Dalvanius insisting they write as many of their own songs as possible.

“Ali and Hira were really resistant to writing at the time, but in the end, they wrote the best songs on there! And I think that record proves that Charlie Hikuroa was the most exceptional bass player ever to come out of this country.”

Their sole album remains the greatest funk LP ever recorded by a New Zealand band, but it never found a larger market.

Things might have been very different; Booth recalls Collision meeting up with The Commodores when they toured Australia in the late 70’s, and Lionel Richie was so impressed by the album, he tried to convince them to relocate to New York.

“We didn’t go, because most of us didn’t want to move so far from home. We split up in 1979, and I haven’t seen those guys since, but we made contact again recently and we’re thinking of doing a few reunion gigs.

We’d love to get that album reissued someday, too, because it’s impossible to find now. It would be great for people to be able to hear it again.”