As the Turkish President detains hundreds of military leaders what are the wider geopoltical implications of the failed coup in Turkey? Henri Barkey is the Director of the Middle East Program at the Woodrow Wilson International Center for Scholars and has just returned to the United States from Istanbul.

Canterbury University psychology professor Julia Rucklidge says new regulations on health products could  mean people won't be able to access products that can help their mental health. Professor Rucklidge's studies have shown how micronutrients could be an alternative to traditional medication for Attention Deficit Hyperactivity Disorder (ADHD). The Ministry of Health is currently working on a list of approved substances which will not need specific approvals but Julia Rucklidge says a lot of products will become inaccessible as nutrients will be banned for no good reason.

Why are working class Americans supporting Donald Trump?  In his new book 'Listen, Liberal or What Ever Happened to the Party of the People?' New York Times best selling author Thomas Frank argues America's Left has abandoned its working class roots for a new elite class of supporter, claiming the Democratic Party has failed to do anything really meaningful about income inequality over the last few decades. 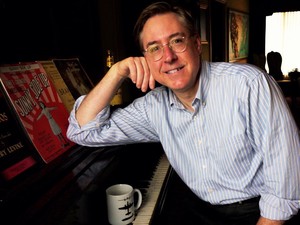 Sarah Putt on how effective the telco complaints scheme is,the slow, tortured demise of Yahoo and death and the internet

Paul Casserly reviews the '80s movie inspired TV series, Stranger Things, starring Wynona Ryder and the many charms of the documentary film, Poi E: The Story of Our Song,