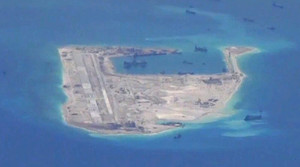 Fiery Cross Reef, one of the artificial island created by China in the Spratlys Photo: US Navy

China's ambitions for the South China Sea took a serious blow this week with a landmark (seamark?) ruling rejecting many of the China's claims to the strategically vital waterway. Bill Hayton is a journalist and author of The South China Sea: the struggle for power in Asia

Work and Income figures on beneficiary debt show that $672 million is owed by people who were overpaid by accident, and have to pay it back. Rotorua beneficiary Bryce Sinclair has two part time jobs and his hours of work fluctuate from week to week, and therefore his income. Bryce declares this income to WINZ, but because of the way the system works, he's found himself overpaid, and he and his wife now owe nearly 2 thousand 8 hundred dollars. He tells Kathryn Ryan that despite his best efforts, the debt has mounted, which he finds very stressful. 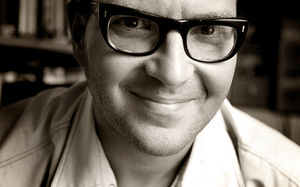 When the World Wide Web was still in it's infancy it was driven in part by egalitarian ideals that it could be a place where everyone's voice could be heard - eliminating the power of gatekeepers to decide what information the public could access. But these days websites like Facebook, Flickr and YouTube make their billions sweeping up huge amounts of original content developed by their users and selling advertising around it - and selling users personal information too.

Cory Doctorow is a world famous digital activist, science fiction author and co-editor of the website Boing Boing. He stands among those who'd like to see big changes in how we use the web.

Mark Pesce continues discussion on Decentralized Autonomous Organisations (DAOs) after one allowed the draining of $US 60 million ... and the Pokemon Go craze.

Duncan discusses This is Piki, a new Maori TV teen drama and the dumping of Sex Box by TV2 after a public outcry.