An emotional candle lit vigil has been held for the murdered British MP Jo Cox who was shot and stabbed in the north of England overnight. It happened in the village of Birstall, not far from Leeds, where she had been meeting constituents.

Charles Heslett from BBC Radio Leeds, was there and says the rawness of emotion was palpable

The 90 day trial period introduced by the government in 2008 has done nothing to boost employment, the conclusion of a comprehensive analysis commissioned by Treasury.

We speak to one of the authors of the study, Dr Isabelle Sin, an economist at Motu Research and Dr Stephen Blumenfeld, the director of the Centre for Labour Employment and Work at Victoria University.

Wayne Goldsmith is an Australian high performance sports coach who warns that many sports will not survive the next 20 years unless they understand and adapt to fundamental global changes. He talks to Kathryn about what he's identified as the five worldwide trends which sports administrators ignore at their peril.

09:40 Could a Naenae College student help us keep our winter heating bills down?

Naenae College pupil Zavier Boyd has developed a prototype for an app to help homeowners calculate what heating or insulation solution would result in the biggest cost-saving for their household.

His idea has earned him a Young Science Achiever award as part of the HUTT STEMM Festival.

Charlotte Glennie discusses the unusual court case in Indonesia where a 27 year old Australian resident is accused of poisoning a former friend with a cyanide laced Vietnamese coffee.

10:05 The Medieval World of Game of Thrones

From White Walkers to the Faceless Men of Braavos, Oxford University medieval scholar Carolyne Larrington on the real-world inspirations behind Game of Thrones. 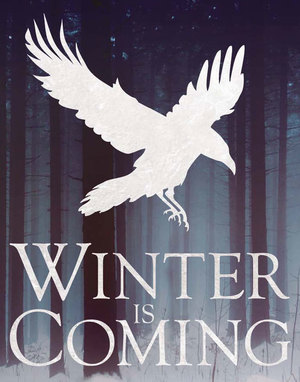 10:45 The Reading
The War in Sardinia by Lloyd Jones, read by William Kircher (Part 5 of 5)

Grant Smithies trips out to psychedelia old and new from the late Sun Ra and the very "now" Orchestra Of Spheres, with a bit of folkie pop from Chicago band Whitney thrown in to ease the comedown…

A lighter look at the week