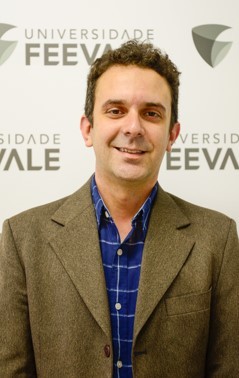 The Rio Olympics begin in just over 4 months, and New Zealand is set to send its biggest team ever, around 220 athletes. Over a quarter of those are the sailors, canoeists and rowers who will compete on Rio's contaminated lakes, rivers and beaches.

Rio based water and environmental scientist, Dr Fernando Spilki, has been conducting regular tests of the olympic waterways, and says athletes are at very high risk of infection, as there are such high levels of fecal matter entering the water; levels comparable to countries like India.

He says his tests found viruses that induce vomiting such as rotovirus as well as Fecal coliforms that could cause cholera, dysentery, hepatitis A and typhoid.

For the last two years Amarnath Amarasingam has been delving into the world of Western Jihadists - interviewing both those who have gone to fight overseas in Iraq and Syria, and their often extremely distressed families. Amarnath is a Fellow at George Washington University's Program on Extremism, and co-directs a study of Western foreign fighters at the University of Waterloo in Ontario, Canada. He's recently been interviewing families of fighters named in leaked recruitment documents from Islamic State.

Mette Skougaard is the director of Denmark's Museum of National History and National Portrait Gallery - which is situated in the remarkable Frederiskborg Castle - the largest renaissance castle in Scandanavia. It was built in the early 17th century as a royal residence for King Christian the fourth of  Denmark and Norway

Among other things, the museum houses the largest collection of portraits in Denmark - including paintings, busts, reliefs and portrait photography.

Among the most prized portraits are those depicting Denmarks royal family over the centuries - which also reflect the family's changing role in society. 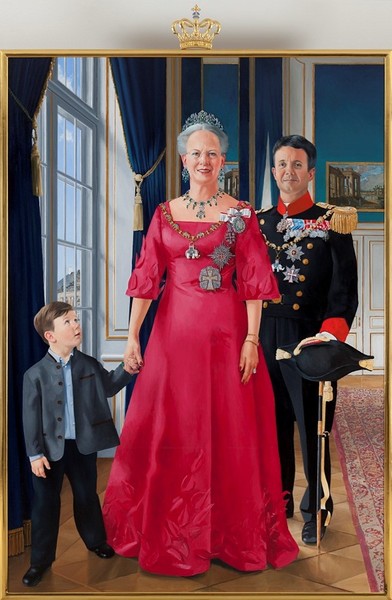 Group portrait of HM Queen Margrethe II, her son crown prince Frederick and his eldest son Christian commissioned to the museum at the occasion of the Queens 40th jubilee as a Danish ruler in 2012. By Niels Stroebek . 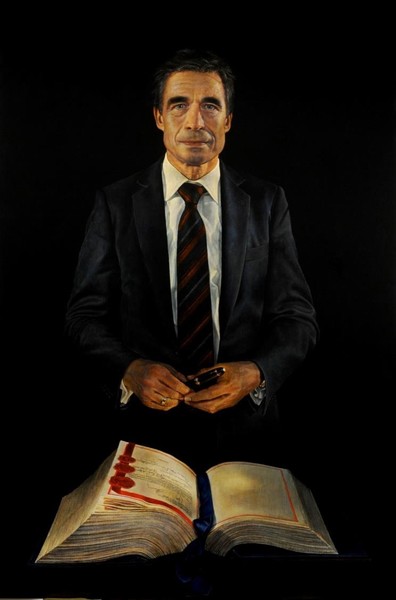 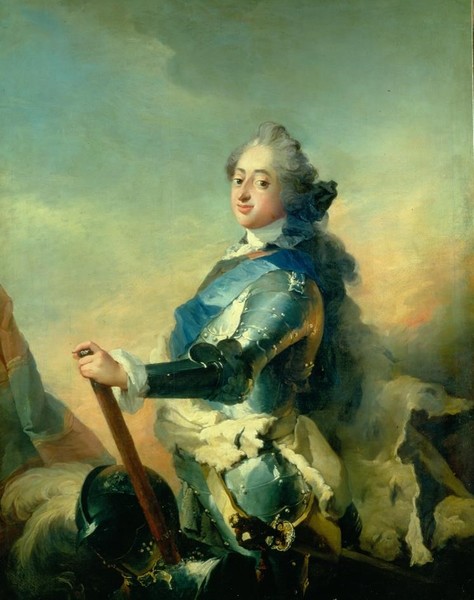 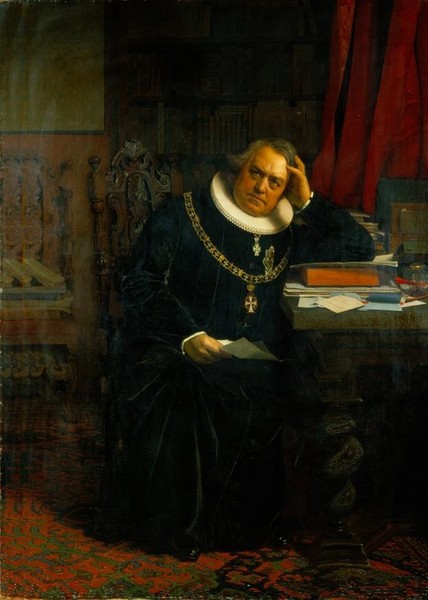 Gertner depicting Danish prime minister D G Monrad receiving a telegram from London that the peace negotiations during the war with Prussia in 1864 had broken down. He emigrated with his family to New Zealand following this. 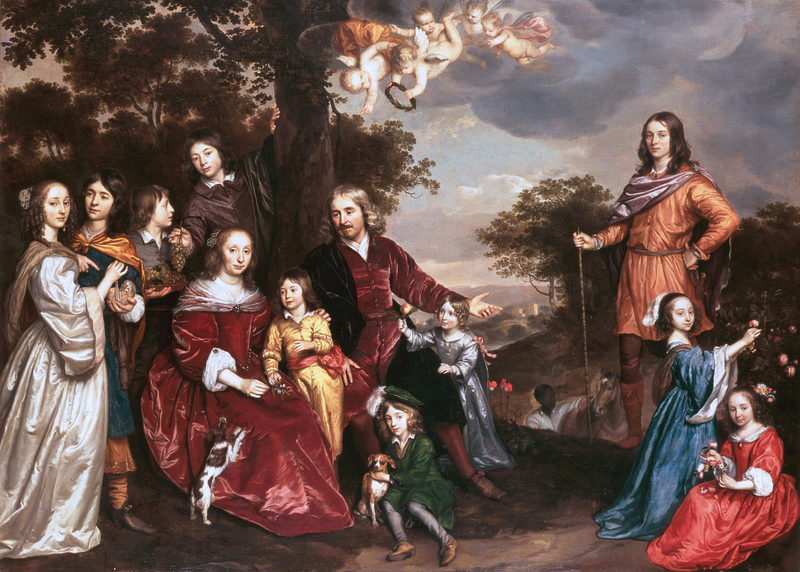 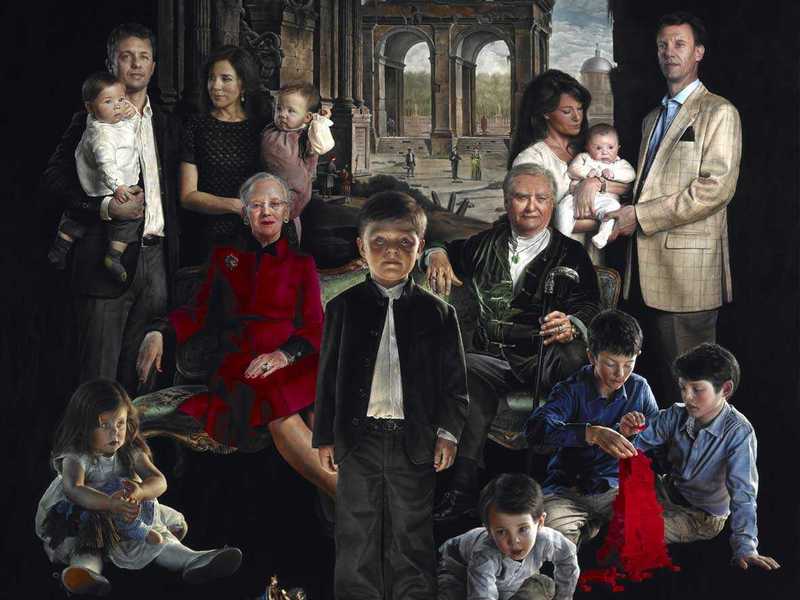 This commissioned portrait of the Danish royal family, by Thomas Kluge, caused a great deal of controversy, with people calling it creepy and sinister. This is not part of the Museum's collection. 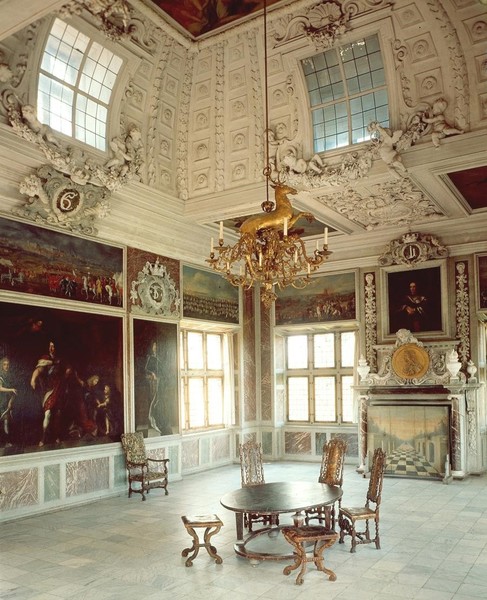 The Audience Hall at Frederiksborg , which was created as a total glorification of the absolute monarchs. In the largest portrait you see Christian V as a roman emperor 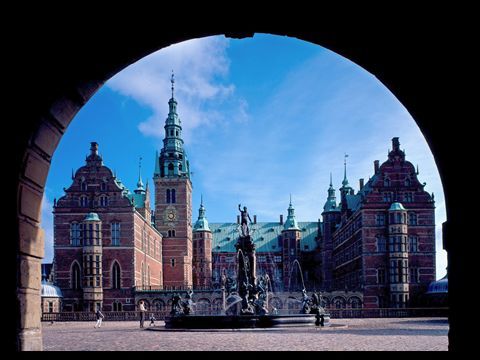 The Museum of National History at Frederiksborg Castle near Copenhagen. It was build by the Danish king Christian 4 in the beginning of the 17th century 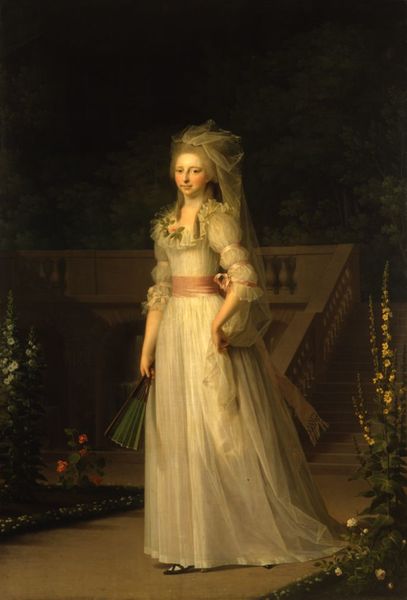 One of the most notable Danish portrait painters of the late 18th century was Jens Juel, famous for this portrait of a princess from 1787 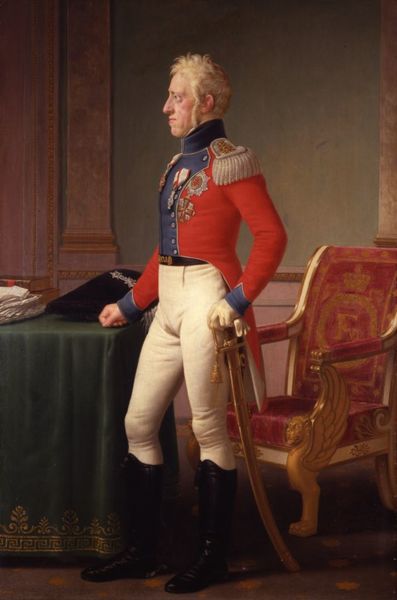 Portrait of king Frederik IV by 19th century painter C W Eckersberg. The King is dressed in a uniform standing by a table with documents, the king is now shown as the principal servant of the bureaucratic state 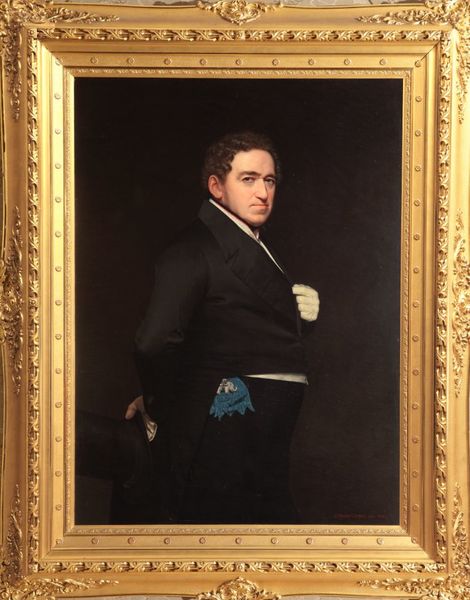 A portrait by one of Eckersberg's students, typical of the decades of realism introduced in the 19th century. This is the last absolute monarch in Denmark Christian VIII, painted in an even more downplayed style 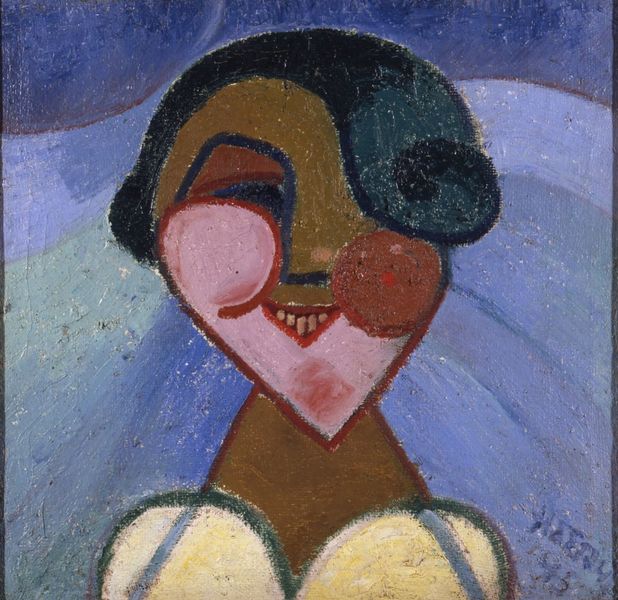 In the 20th century modernism in art challenged the 19th century concept of realism. An example of a modernist portrait is Henry Heerups portrait of actress and singer Liva Weel from 1945

Out of the Shadows: The Life of Millicent Baxter by Penny Griffith

10:45 The Reading:  One Girl, One Dream written and told by Laura Dekker 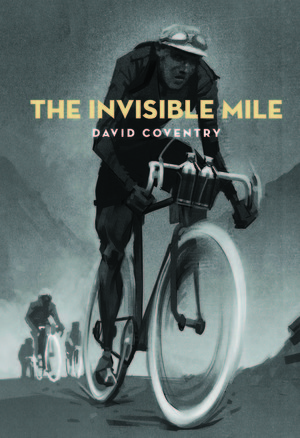 11:20 The kiwi and Aussie cycling team that competed in the 1928 Tour de France

In 1928 the first english speaking team competed in the Tour de France. The Ravat Wonder team was made up of cyclists from New Zealand and Australia. Wellington man, David Coventry happened upon their story in 2012, and was so intrigued he immediatly set to writing a fictionalised version of their race.

It became his first novel, The Invisible Mile, which was recently named one of four fiction finalists in the 2016 Ockham book awards.

The book centres on one of the kiwi riders in the team, a fictional character, from Taranaki, for whom the gruelling ride is more of a pilgramage to the world war 1 battle fields that inflicted so much emotional damage on his brother.