The families of some 'Western jihadists", who have gone to fight in Iraq and Syria, have only found out the fate of their loved ones through recently leaked documents.

The documents, giving details of Islamic State (IS) fighters, have informed some families of the deaths of their relatives and given them closure.

Some of the families did not even know their relatives were in Syria. 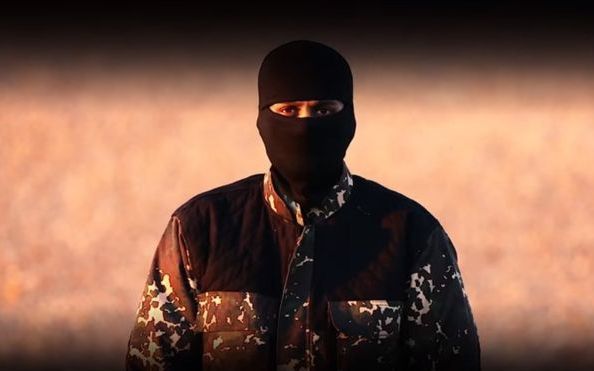 A screenshot from a recent IS video Photo: Islamic State video

Over the past two years Amarnath Amarasingam has delved into the world of Western Jihadists - interviewing both those who have gone to fight overseas in Iraq and Syria, and their often extremely distressed families.

Mr Amarasingam, a Fellow at George Washington University's Program on Extremism and co-director of a study of Western foreign fighters at the University of Waterloo in Ontario, Canada, recently interviewed families of fighters named in leaked recruitment documents from IS and said that for some parents, the documents were the only confirmation their child had joined IS.

"I remember talking to an American fighter who told me, 'my parents still think I'm working for a call centre in Europe' or something like that - he'd told his parents he'd got a job and he was leaving, and he later died."

Listen to the full Nine To Noon interview with Amarnath Amarasingam here:

He said most fighters did tell their parents, when they landed, they were joining IS, but afterward there was an issue of how often they could communicate.

"And most of them do keep in touch with their children, so once a week or once a month they get a phone call or a WhatsApp or whatever - but it is an active war zone and there's Coalition air strikes and Russian air strikes and sometimes there's parents who don't get that call.

"And I think that's more agonising in a way because sometimes eight, nine, 10, 11 months have gone by and they haven't received one text message, received one phone call, and so you just never know what's going on.

The leaked documents were the first confirmation for some families that their relatives had died. That gave some families closure and also a better chance of getting a death certificate.

"With these certificates you can close bank accounts, close mobile phones, you can close out their life - which until then is not possible."

He said the Turkish media who had released some of the documents had taken steps to protect the families, by removing last names and mothers' names of the fighters.

"I think a lot of the families worry about not just their children in Syria who are fighting but other members of the family who, if the last names and stuff were leaked to the media and out to the public, they would have trouble finding school and work."

Some families were hoping to use the information to prosecute the IS recruiters, he said.

"You can kind of trace some of these guys back to their home countries because sometimes you're seeing the same guys sometimes show up over and over again, and so there's some interest for theses mothers to know if it can be used for prosecution later on down the line or something like that."

It would be difficult to do, however.

"The forms would need to be authenticated and stuff like that and I'm not sure how that would survive in a court of law."

But there was no question that at least some of the forms were genuine.

"They had names of the mothers and the phone numbers that I knew about because I had interviewed the parents - but it was never in the media, it was never anywhere.

"It would have been too much of a task for some forgers in Turkey to pull off."

He said it was important to try to understand IS's motivations and who their fighters were.

"When it comes to push factors I think it's a bit all over the place unfortunately so we can't really get to this idea of there's one person who leaves or one kind of person who's susceptible to this message.

"I've spoken to converts, people who've been born into the faith, who were university educated, high-school dropouts, people from all different ethnic backgrounds, religious backgrounds, people with siblings or no siblings, people who are married with children as well as single people."