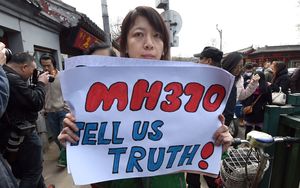 Two years after MH370 vanished while carrying 239 people from Kuala Lumpur to Beijing the mystery remains. For the investigative journalist, Florence de Changy, much of the official story is not credible.

She's spent much of the last two years following leads, examining confidential documents and debunking theories in order to get closer to the truth. Her investigation takes place in Malaysia, the Maldives, Paris, and Hong Kong.

Earlier this month Malaysia's Ministry of Transport released its second annual interim report to mark the tragedy's second anniversary, but it contained scant information about its causes or the location of the wreckage.

Florence de Changy is the Hong King correspondent for Le Monde newspaper and has covered the Asia Pacific region for more than 25 years. She has just written a book, Le vol MH370 n'a pas disparu ! about her findings.

360 ALLSTARS' multi award winning musician Gene Peterson, and vocal loop artist Sam Perry perform live on Nine to Noon with a flavour of  what they're bringing to the Auckland Arts Festival.

Their show runs until Sunday 20th March at the Civic in Auckland. 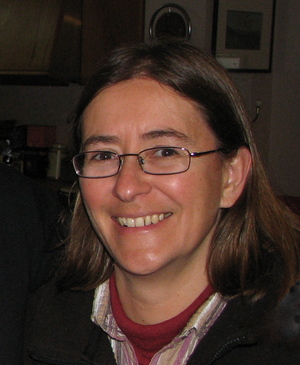 Much Ado About Shakespeare by Donovan Bixley
Upstart Press

Heading Dog Who Split in Half  - Legends and Tal Tales from New Zealand by Michael Brown, illustrated by Mat Tait   Potton and Burton

Artist: The Proclaimers
Song: Be With Me, Track 2
Comp: Reid/ Reid
Album: Let's Hear It For The Dogs
Label: Cooking Vinyl
Broadcast Time: 2'52"

- Scots brothers Charlie and Craig Reid, best remembered for their terrifyingly catchy 'I'm Gonna Be (500 Miles)' and for singing in their thick Scottish accents, have just released their 10th album, and are about to tour NZ with shows in Wellington, Hamilton and Christchurch over ANZAC weekend in April. New album is resolutely anthemic, tuneful and robust.

- Welsh former Velvet Underground viola player John Cale made some terrific solo albums through the 70s after leaving the VU in 1968 (after 'White Light White Heat'), up to 'Music For A New Society' in 1982. Here, we have a reissue of the original album, plus a reworking entitles 'M:FANS' - surprisingly enjoyable.

- First single from new album "The Hope Six Demolition Project", her 11th - out in time for Record Store Day on the 16th of April.

11:45 The week that was with Te Radar and James Elliott