Gerard van Bohemen is New Zealand's permanent representative to the United Nations. He discusses the difference New Zealand is making on the Security Council, a body which is often criticized for its limited powers to act decisively on international matters of security.

This week marks the fifth anniversary of Syria's descent into chaos. It began with anti-government protests but soon became a nationwide civil war. Estimates put the total number of people who've died in that time at over 400 thousand

09:30 The winners and the losers of the pivotal 'Ides of March' US primaries

It's was billed as the most decisive day of the U.S. presidential primary season so far. Has it delivered?

It was another very big night for the Republican front-runner, Donald Trump who won Florida, North Carolina and  Illinois. On the Democrat side, Hillary Clinton has solidified her lead over Bernie Sanders, winning Ohio, Illinois, Florida and North Carolina.

Brad Blakeman is a Professor at Georgetown University and a former Republican Strategist and member of President George W. Bush's Senior Staff.

10:05 Pyschotherapist and author Susie Orbach on why fat is STILL a feminist issue.

Susan Orbach is a psychotherapist and author of the acclaimed Fat is a Feminist Issue, which was published for the first time in 1978. Since that time it's never been out of print - underscoring the point she makes in an updated version of the book - that fat is STILL a feminist issue. But as her 2009 book Bodies points out, males too are susceptible to the pressures of being thin and the rampant commercialisation of the body. Whether it is the fashion, media, music, food, diet or fitness industries - there is no room for "fat". Susie Orbach is attending the Auckland Writers Festival in May.

Why Microsoft has announced it will open its gaming platform Xbox One to cross-network play, paying by selfie, and the most dangerous writing App in the world. 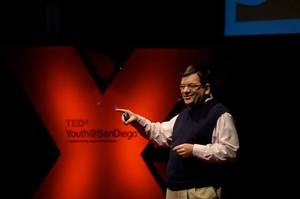 11:25  Al Vernacchio: changing the way we talk to teens about sex

Al Vernacchio is a US based Sexuality educator, consultant and author. He says many of us are getting it very wrong in the way we talk to teens about sex. First, he says, is the problem with the language around sex - which is riddled with sporting metaphors like "scoring" which he says frames sex as a competition, with a winner and a loser.

The second issue, is what he calls the disaster model,  where sex education starts from a place where sex is seen as a dangerous thing -with terrible consequences.

Al Vernacchio has lectured, published articles, and held workshops throughout the US on sexuality topics. He has given TED Talks, and his blog, "For Goodness Sex", can be found on the Psychology Today website. He is the author of For Goodness Sex: Changing the Way We Talk to Young People About Sexuality, Values, and Health published by Harper-Collins. He teaches at Friends' Central School in Wynnewood, Pensylvannia.

Will we ever reach peak Trump? Sacha Baron Cohen does something unspeakable to the Donald in his latest movie Grimbsy, while Bill Maher and Sarah Silverman compare him to Hitler with varying degrees of success. Also, the charms of ex Daily Show reporter Samantha Bee, who has a fresh approach to the Trump phenomenon.