09:05 The cancer risk to men from the virus that causes cervical cancer in women

Doctors are warning that male cancers caused by the same virus that causes cervical cancer in women are likely to overtake cervical cancer rates by the end of 2020. Young women have been vaccinated against the Human Papillomavirus or HPV since 2006 and death rates from cervical cancer have dropped 60 percent in the last 25 years - thanks in large part to screening programmes introduced in 1990. But so far the vaccine has not been extended to young men -  and a coalition of doctors and public health experts say that now needs to change. Among them are Dr Helen Petoussis-Harris who is the Director of Research at the Immunisation Advisory Centre and Dr Bruce Haughey who is from the Florida Hospital Cancer Institute in Orlando, USA.

09:20 Harley Shaiken on what the TPP means for workers

Harley Shaiken is a US academic who warns that the Trans Pacific Partnership is a corporate trade deal, masquerading as a free trade one. The TPP - negotiated after years of wrangling includes 12 countries; New Zealand, the U.S, Australia, Brunei, Canada, Chile, Japan, Malaysia, Mexico, Peru, Singapore, and Vietnam.The government estimates the agreement will be worth at least 2 point 7 billion dollars a year by 2030 for New Zealand. Harley Shaiken is a specialist in issues of work, technology and global production and is chair of the University of California, Berkeley's Centre for Latin America Studies. His research paints a dark picture of what might be expected from TPP - saying it will lower standards for workers and environmental rights.

10:05 Genetic Epidemiologist Tim Spector on the hidden microbial world inside us 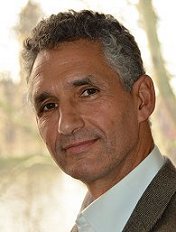 Genetic Epidemiologist Tim Spector, from Kings College in London has spent much of his career studying the trillions of microbes that live on us and inside us. They outnumber our own cells, 10 to 1. The microbes in our guts are essential to how we digest food, they control the calories we absorb,  provide vital enzymes and vitamins and keep our immune system healthy. Dr Spector runs the British Gut microbiome project, which aims to uncover the microbial content within the guts of British individuals to explain how lifestyle choices and diet influence the microbiome. He is also the founder and director of the TwinsUK Registry - and has written several science books, his latest being The Diet Myth, in which he argues that modern society and diets are destroying the good bacteria vital to our health.

11:30 A celebration of French gastronomy 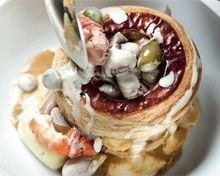 Today, eight chefs from eight restaurants around New Zealand are joining over 1,500 chefs from five continents  for a worldwide celebration of gastronomy, known as Goût de France.

New Zealand's French Ambassador, Florence Jeanblanc-Risler is also getting involved. She's hosting her own Goût de France dinner at the French Residence for 20 people in the food industry. Chef Ben Bayly is from the Grove in Auckland, one of the New Zealand restaurants taking part in Goût de France.

Outdoorsman Kennedy Warne discusses the impending legal action over the Kermadec sanctuary. He'll also be talking about the silencing of the snapping shrimp, and godwits getting a safer passage through Chinese airspace.

Artist: Dinah Washington
Song: Is you is or is you ain't my baby
Composer: Jordan/Austin
Label: Verve
Time: 09:10