09:05 How long will the banks stick with debt-laden dairy farmers?

Federated Farmers says one in ten dairy farmers are under pressure from banks over their mortgage and the Minister of Agriculture, Nathan Guy, yesterday met with three banks to discuss dairy debt. But he's insisting the banks see a positive medium to long term outlook for the industry. However some dairy analysts say the outlook is anything but.Agricultural consultant Alison Dewes is one who believes the industry is undergoing a structural change and the dairy payout of four dollars 50 may never recover to even to the six dollar mark, and widespread farm foreclosures are inevitable

09:15 Calls for Tauranga to do more to help problem gamblers

A gambling addiction service is calling on the Tauranga City Council to do more to help problem gamblers in the city. Tauranga experienced the highest growth in the country for spending in gaming machines last year, with its residents spending over 30 million dollars in pokies in clubs and pubs. While nationwide the number of gaming machines fell four percent last year, the money going into them increased 1.5 percent. As of December last year there were nearly 16, 393 machines and New Zealanders fed 818 million dollars into them. Stephanie St George is public health worker with the Salvation Army in Tauranga. She also co-ordinates exclusions for problem gamblers so that gaming venues have to turn away gamblers that have an exclusion order.

Stuart Crosby is the Mayor of Tauranga.

Former actor and director,  Gordon Poad is now an eduction consultant who uses theatre techniques to encourage disengaged learners. He has collaborated with researchers from the University of Newcastle on incorporating dramatic inquiry into learning. He is currently in New Zealand talking to teachers for the Bretheren Church's Westmount School about incorporating theatre techniques into the classroom. 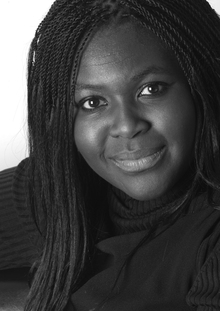 Space scientist Maggie Aderin-Pocock is the co-presenter of Britain's long running astronomy programme,The Sky at Night. Dr Aderin-Pocock became obsessed with space as a schoolgirl. She has Bachelor of Science in physics, and also a PhD in mechanical engineering from London's Imperial College. Dr Aderin-Pocock has worked for the Ministry of Defence on a range of projects, including landmine detectors and missile warning systems. She is is passionate about getting children engaged in science and space.

10:35 Book review: The Noise of Time by Julian Barnes

10:45 The Reading: Earthquakes and Butterflies by Kathleen Gallagher (Part 4 of 5)

11:25 Parenting a Newborn - how to survive the first few months

Lyndsay Morgan is a former Karitane nurse, trained under the Plunket system. She has many years experience caring for babies, including assisting with quads, triplets and many sets of twins. She is the author of "Baby On Board - Mum is Driving" a guide for parents on the first few months with a newborn.