A new study from Otago University shows that getting synthetic cannabis off the shelves has virtually stopped the flow of users needing mental health care. Lead reseracher, Dr Paul Glue, is the Otago University Chair of Psychiatry & Head of Department, and consultant psychiatrist at the Southern District Health Board.

Professor Gerry Gilmore of the Institute of Astronomy, University of Cambridge. He is the principal investigator on Gaia project, a space observatory launched by the European Space Agency in 2013. Professor Gilmore is currently in New Zealand on a lecture tour for the Royal Astronomical Society, and has written to the Science and Innovation Minister urging him to find new ways to fund Mt John, which he says is a precious resource. 09:30 Why New Zealand co-founder of Tesla Motors believes electrifying trucks is more important than getting commuters into electric cars.

Ian Wright is a New Zealander engineer who co-founded Tesla Motors with Elon Musk in 2003. But he left after a year to focus on creating a super-fast electric car, which he did, and in recent years has turned his attention to electrifying trucks. His company Wrightspeed, based in Califorina has coverted medium to heavy trucks for Fed Ex and is now applying its technology to heavy-duty rubbish trucks. Ian Wright believes that cleaning up commercial and industrial fleets will make a bigger difference to pollution and fossil fuel problems, than getting commuters into electric vehicles.

McKenzie Funk is an author and journalist who has been investigating the ways people are responding to the effects of climate change. His latest book, The Wreck of the Kulluk details how Royal Dutch Shell tried and failed to begin drilling for oil in the Beaufort sea in the Arctic in 2012. Melting sea ice has made the area more accessible, but the exploratory drilling rig, the Kulluk, was battered by storms and its crew had to be rescued. Shell however, is planning to return to the remote Chukchi sea off Northwestern Alaska, and has been granted conditional approval by the US government to begin exploratory drilling. 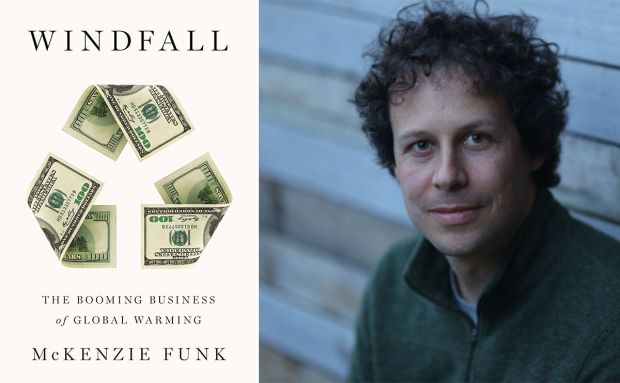 10:35 Book review: 'Men Explain Things to Me & Other Essays' by Rebecca Solnit

A Gardening Travelogue that moves from vegetables in Scotland, to grass in California, and a trans-Tasman garden in Wellington, meeting quirky characters along the way. Told by a botanist who describes himself as having 'a dynamic and romantic relationship with flora and fauna'. Michael Scott was born in New Zealand and lives in Gloucestershire, England where he strives to formulate practical action plans to preserve and revere the natural world. (5 of 10, RNZ)

Jeremy Taylor lends an ear to former Muttonbird Don McGlashan's third solo offering, a collection of local artists offering their take on the Beatles, plus a reissue from John Peel faves The Wedding Present.

11:45 The week that was with comedians Te Radar and Elizabeth Easther