09:05 Why do inequities persist in accessing exam help?

Latest figures from NZQA show huge inequities persist between high and low decile schools when it comes to accessing special exam help for students with learning difficulties. This is despite an overhaul of the system last year to make it easier. Richard Thornton is the Richard Thornton, deputy chief executive, qualifications, for NZQA.

09:20 Wellington cut off from rest of North Island because of slips and flooding

Wellington remains cut off from the rest of the North Island on the western side because of  slips and flooding. Contractors are now clearing a 40 cubic metre slip on State Highway One betweeen Pukerua Bay and Paekakariki. And the usual detour, Paekakariki Hill Road is closed due to slips and flooding on that road, meaning there is no western route available in or out of the city. Train services have been suspended between Waikanae and Plimmerton and The New Zealand Transport Agency is advising motorists to delay all journeys until further notice. The Metservice says Paraparaumu airport has recorded 80 mm of rain since 4 this morning - and it is still raining hard there. It says there will be continued outbreaks of rain in the region today - particularly north of Pukerua Bay, with a slow moving system moving northwards. Mike Seabourne from NZTA gives us an update.

09:30 What will make rural roads safer and who should pay?

A horror series of fatal crashes last weekend has prompted the head of road policing to highlight the lack of median divisions on many rural roads, and call for a reduced speed limit in some areas. What should rural and provincial communities expect in terms of road quality and who should pay? Alex Wright is a spokesperson for the Pipiwai Titoki Advocacy for Community Health and Safety Group. She lives in rural Whangarei and has been lobbying for 11 years for the improvements to the unsealed roads in her area. Brendan Duffy is the deputy chair of Local Government New Zealand, and mayor of Horowhenua District Council and Ernst Zollner is the Transport Agency's head of road safety - and regional director for Northland.

Roger Horrocks, a longtime fixture on the art, film and media scene who set up Auckland University's Department of Film, Television and Media Studies. Also known for his work on the artist Len Lye, Roger Horrocks is currently finishing a second book on the experimental film-maker and sculptor. He's also just published a new book of poetry, Ghost in the Machine, which is a meditation on thinking and the experience of being human.

A Gardening Travelogue that moves from vegetables in Scotland, to grass in California, and a trans-Tasman garden in Wellington, meeting quirky characters along the way. Told by a botanist who describes himself as having 'a dynamic and romantic relationship with flora and fauna'. Michael Scott was born in New Zealand and lives in Gloucestershire, England where he strives to formulate practical action plans to preserve and revere the natural world. (4 of 10, RNZ) 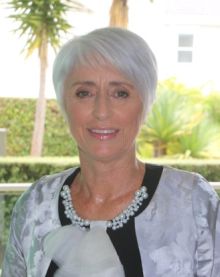 11:20 Literacy - getting children engaged with reading

Jill Eggleton is an international educational consultant in literacy and author of over 800 children's books with a wide variety of teaching experiences, spanning over 30 years. She works throughout New Zealand with classroom teachers, administrators, reading specialists and consultants in school districts and implementing practical literacy programmes. She is the creator and author of the Connectors Series' and Key Links Literacy, a very successful reading programme encompassing all aspects of comprehensive literacy. Over 55 million copies of these books have been sold internationally.

Her work in education and literacy within New Zealand and around the world was recognised in the 2010 New Zealand Honour's List, when she was made a Companion of the Queen's Service Order. She has also been involved in developing the Bud-e Reading app.