Electric vehicles have long been touted as the answer to many environmental problems from the potential to make a serious dent in emissions which harm human health and warm the planet - to reducing the demand on diminishing oil supplies.

But after years of being talked up as a great alternative to the combustion engine, so far electric vehicles have yet to take hold in any market in the world, even as prices become more comparable with those of other new vehicles. So when might there be a tipping point for electric vehicles and what kind of infrastructure do countries need to make that happen? Chris Binns is the City of Sydney's manager of strategy and assets who, in 2009 made a plan to cut the city's vehicle fleet emissions by 20 percent in five years.

That target's been exceeded by introducing electric cars and hybrid-diesel trucks and Chris Binns is in our Auckland studio.

And there with him is the chief executive of Mighty River Power, Fraser Whineray who is leading the corporate charge for adoption of electric vehicles and charging stations

News from the Asian region with our correspondent Financial Times Beijing Bureau chief, Jamil Anderlini. Jamil reports on the Nepal earthquake, which killed more than 5,000 people. Some countries have been trying to play politics with the rescue effort; the execution of Australian, Brazilian and other drug dealers in Indonesia by firing squad which has caused a diplomatic incident; and the discovery that smog impedes foetal development in China.

Randol Schoenberg successfully fought the Austrian government for the return of five Klimt paintings stolen by the Nazis. It was an eight-year legal battle, taken on behalf of his client, octogenerian Maria Altmann. She grew up in Vienna, a member of the prominent Jewish family, the Bloch-Bauers. One of the works, which adorned their walls, was a portrait of Maria Altmann's aunt, Adele Bloch Bauer. When Austria was annexed by the third reich in 1938, all the family's possessions, including the art works, were taken by the Nazis. The story was turned into the film The Woman in Gold, starring Helen Mirren and Ryan Reynolds. Randol Schoenberg talks to Kathryn Ryan about the long legal battle and his continuing work to recover artworks stolen by the Nazi's from Jewish families. 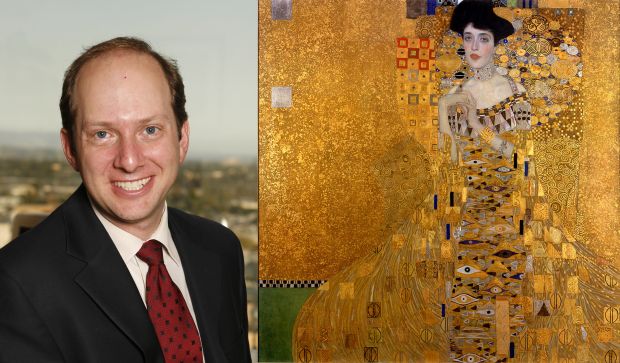 We continue the memoir of James McNeish, about the people in his life who shaped his perspective: “a gallery of people – rebels, outsiders, romantics, enlightened misfits and illiterates – who have touched me in life.” (Part 10 of 15, RNZ).

11:45 The week that was with James Elliot and Gemma Gracewood

Artist: Blur
Song: There Are Too Many Of Us, Track 8
Comp: Albarn/Coxon/James/Rowntree
Album: The Magic Whip
Label: Parlophone