The fight to get back Nazi looted art 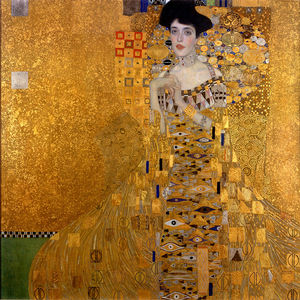 In many ways, it was simple guidebooks which helped California Lawyer Randol Schoenberg win the return of five Klimt paintings stolen by the Nazis.

The incredible story has just been turned into the film The Woman in Gold, starring Helen Mirren and Ryan Reynolds.

It was 1998 and octogenerian Maria Altmann found out that Austria had passed a restitution act, which included compensation for looted art.

Maria Altman had fled to the United States when Germany annexed Austria as part of its third reich in 1938. She was a member of one of Vienna's most prominent Jewish families, the Bloch-Bauer's, who owned many works of art, including five paintings by Gustav Klimt - one of which was a portrait of her aunt Adele Bloch Bauer.

When Austria was annexed by Nazi Germany, the Bloch Bauer's property was seized, along with their art. 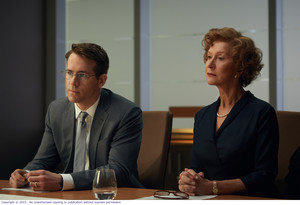 Altmann hired the grandson of a friend to represent her, and try and get the works back.

Schoenberg was 32, and working at a big LA law firm, but had never worked on a case like this before.

He was told by many legal experts that there was no way the Belvedere Museum in Vienna would give up such prized works.

"At first we tried to get the Austrians to do the right thing, and they refused. And then we tried to see if there was a way to sue in Austria, but they require you to deposit with the court a percentage of the value at stake in the litigation, so it would have been several million dollars, which was just not possible for Maria."

Instead Schoenberg looked at suing the Austrian government in Los Angeles, which required meeting some complex legal conditions, proving breaches of international law and that the organisation holding the works was involved in commercial activity in the US.

He discovered the museum had published guidebooks in the US.

"So we filed a law suit. I actually left the big law firm and went out on my own, which is a bit crazy I guess, but I filed the lawsuit Maria Altmann against the Republic of Austria and decided to see what would happen"

But rather than taking that legal action, Altmann was 89 at the time, he suggested they go into binding arbitration with Austria.

"It was all or nothing, the Austrians refused to negotiate any type of settlement, they refused to take any other position. They wanted to keep the paintings and not settle in any way, and that forced us to make it an all or nothing issue."

Three Austrian judges took four months to reach their decision, which was that the art works should be returned to Altmann and her family. 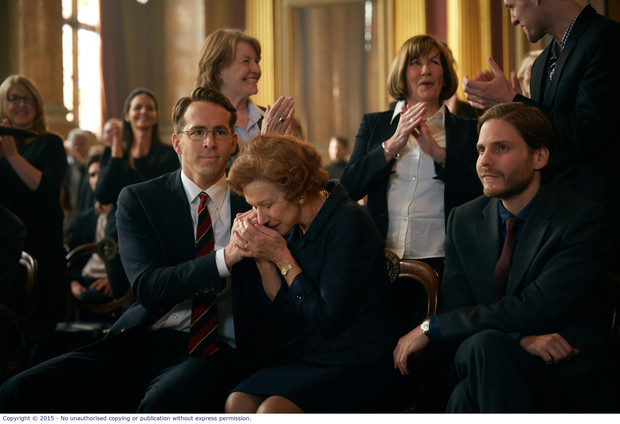 Ryan Reynolds and Helen Mirren in a scene from The Woman in Gold Photo: Roadshow New Zealand

"The greatest moment for me was when we brought the paintings to Los Angeles and they were all displayed in one room. And that is how she remembered them, they had all been in one room in her Uncle's home... You could see that she had become a hero for the rest of her family and she had reunited them with their history, with their legacy."

The Altmann family eventually sold the works for more than  $US300 milllion. Schoenberg received a large cut and now specialises in legal cases related to the recovery of looted or stolen artworks.