09:20 When talk therapy does patients more harm than good

Professor of Psychiatry at New South Wales University, Gordon Parker, says counselling and psychotherapy are not right for everyone. He says in some cases they will fail to be of any assistance, and in extreme cases could make things worse. Professor Parker says there needs to be a better evaluation of counsellors and psychotherapists by clients and more freedom for clients to seek a second opinion from another therapist to determine if the therapy being received is right for them.

The annual Auckland Theatre Awards were founded five years ago to celebrate the performing arts in the country's biggest city. But this year there's a difference - for the first time, there will be ten formally judged awards, by an anonymous panel made up of members of the industry. Kip Chapman is the Awards' co-founder.

10:05 Justin O'Riain on wildlife wars - the clash between humans and animals

Justin O'Riain is a South African Professor of Biology who's an expert on wildlife wars - the clash between human habitats and animals in the wild, and the drivers of the conflict. Based at the University of Cape Town where he is the Deputy Dean of the Faculty of Science and Head of the Baboon Research Unit, his research focuses on behavioural ecology and conservation biology. Professor O'Riain is currently focusing on  mammalian social systems, using baboons and seals as models for exploring selfish rules within group living mammals. His work covers a range of creatures including baboons, sharks, and lions, about their habitats and their interactions with humans.

After resigning to go abroad, a journalist finds his life on hold as he joins his family in Central Otago, waiting and coming to terms with the impending death of his father (6 of 10, RNZ)

Political commentators Mike Williams and Matthew Hooton on the continuing pressure on John Key in what is being called Textgate, Andrew Little's successful first week at the helm of Labour.

Tom Hutchison, the chef at Wellington restaurant WBC explains the best ways to cook a whole fish, and how to ensure no part is wasted. 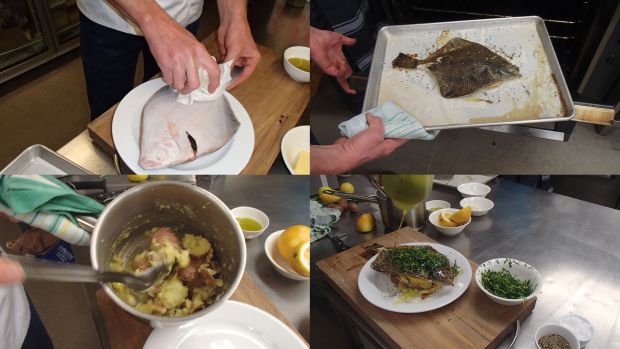 Kennedy Warnes talks in general about the Seychelles – where they are, what they are, how they're a popular European holiday destination, but not really on New Zealanders' holiday radar.