09:05 The charity taking on the IRD in the High Court

The National Council of Women is taking Inland Revenue to the High Court, over income tax arrears it says are wrongfully being pursued. The case goes back to 2010 by the then Charities Commission which removed the charitable status of dozens of organisations - including the National Council of Women - if their main purpose was political advocacy. Eventually the Council won back its charitable status, but in the intervening period, the Inland Revenue department claimed it was liable to pay income tax of ten thousand dollars. The National Council of Women's lawyer, Sue Barker, says the claim is neither fair, nor appropriate, and it is now appealing to the High Court to clear the matter up.

09:25 New Zealanders struggle to get treatment for allergies
There are claims that people are still suffering unnecessarily from allergies because New Zealand lacks specialists and has insufficient training for GPs - despite a warning issued more than six years ago. Mark Dixon from the charity Allergy New Zealand says it drew attention to deficiencies in allergy care in 2008 but that sadly, the situation has changed little. He says the South Island in particular is poorly serviced with just one immunologist based in Christchurch. Wellington also has just one, while Auckland has about eight qualified specialists. One of those immunologists based in Auckland is Dr Andy Baker, who says every major hospital in the country should have a dedicated specialist.

10:05 Philosopher Matthew Dentith on why we love conspiracy theories

One brother has enlisted, the other is a conscientious objector. Both end up on the bloody battlefields of France (1 of 10, RNZ)

Deanna Yang didn't have a cooking or business background when she graduated from university and decided to enact her childhood dream of opening her own cookie shop. Auckland's Moustache Milk & Cookie Bar has been a runaway success since its opening in 2012. Deanna shares the recipe that started it all - her childhood creation of Big Giant Chocolate Chip Cookies. Follow Moustache on Facebook, Twitter or Instagram.

Writer Kennedy Warne along with photographer Arno Gasteiger embarked on a road trip documenting State Highway One  through heartland New Zealand. Their journey  has resulted in a large hardback book called View from the Road. It contains stories and pictures of some of the characters they met along the way, stunning scenery and a range of settlements. It's also a bit of a history lesson.

Gallery: View from the Road 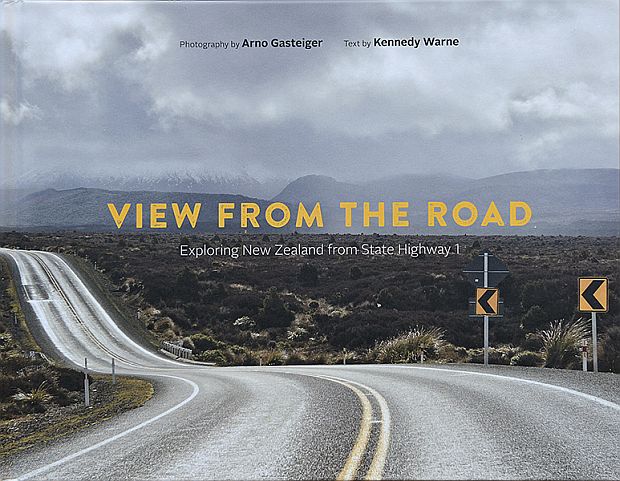 Artist: Ane Brun
Song: Do You Remember
Composer: Brun
Album: It All Starts With One
Label: Womad
Broadcast time: 10:08am

Artist: Ane Brun
Song: Do You Remember
Composer: Brun
Album: It All Starts With One
Label: Womad
Broadcast time: 10:08am