Tthe perception in the modern Anglo-sphere is that the War To End All Wars ended with the armistice of Nov 1918.

In fact the massive geo-political upheavals brought on by the final stages of the Great War, especially the collapse of the great European empires of Germany, Russia, Austro-Hungary and the Ottomans, meant that war continued to rage across much of central and eastern Europe as well as the Middle East for several more years. 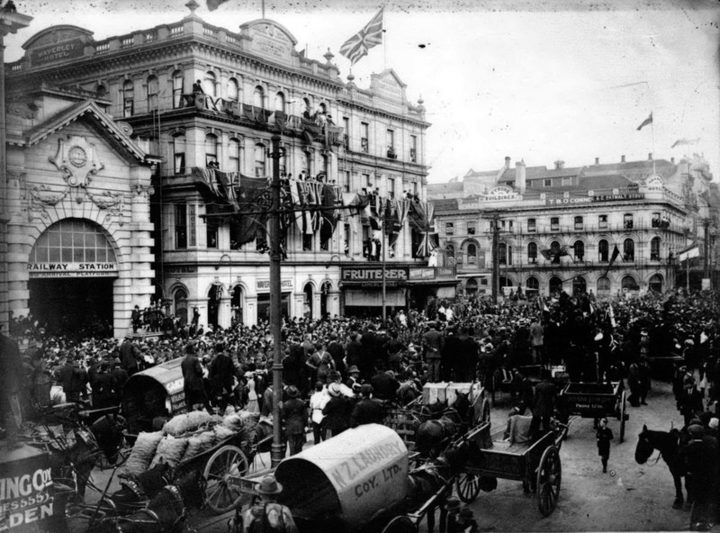 Based in Silicon Valley, California, Chief Astronomer for SETI (the Search for Extraterrestrial Intelligence), Seth Shostak, has devoted his career to searching for signs of alien life. In this programme he tackles this fundamental question about whether we are alone in the universe.

At least 20 percent of the population doesn't sleep well. Tony Fernando's session from the 2018 Raising the Bar night will enlighten you on the myths and current findings about the science of sleep, sleep disorders and treatment approaches. His discussion covers sleep disorders including insomnia, shifted body clocks, sleep apnoea, sleep walking, sleep sex and nightmares.

Trevor Reekie hosts a weekly music programme celebrating an eclectic mix of 'world' music, fusion and folk roots. Tonight, new music from Indian slide guitarist Debashish Bhattacharya taken from his new album Joy/Guru recorded in one night in Poland. Also music from Italian violinist Luca Ciarla who is touring Aotearoa this month … and to celebrate Chinese New year there is an interview and live performance with Chinese musician Wu Man, first recorded in 2013 at the RNZ studio in Auckland. Wu Man is a virtuoso of the Pipa, a four stringed Chinese lute that dates back two thousand years and, as the Boston Globe once wrote, 'has changed the history of the instrument she plays.".