Dr Rangi recently released a book on Matariki, where he argues there are 12 stars in the Matariki cluster rather than the Seven Sisters we've all learned about. Doctor Matamua of Tūhoe, is a lecturer based in the School of Māori and Pacific Development at Waikato University. 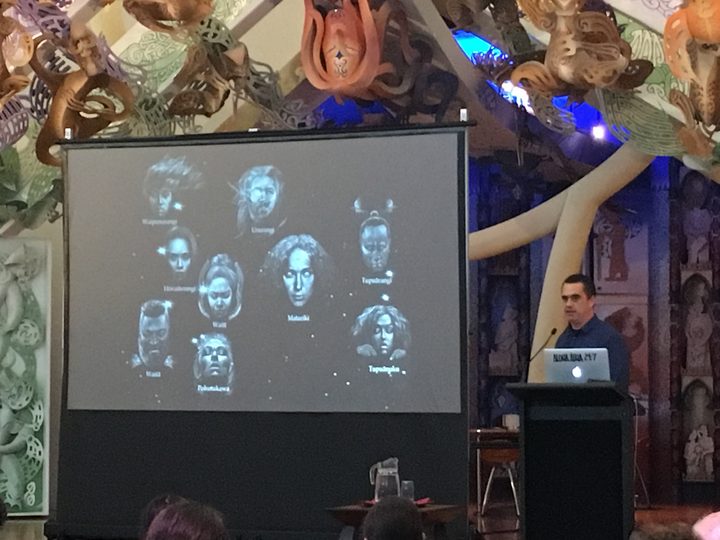 Dr Rangi says there are nine starts in the Matariki cluster as opposed to seven. Photo: RNZ/Justine Murray

On At The Movies, Simon Morris talks to International Film Festival Director, Bill Gosden, about the programme for the 2017 Festival.  Among the highlights are Cannes Film Festival winner, The Square… Gaylene Preston's documentary, My Year With Helen… and Sofia Coppola's feminist take on an old Clint Eastwood western, The beguiled.

Bill Logan will be on the show to talk about a Bill which is being introduced into Parliament, which would rid historical convictions of gay men charged with homosexual activity.

In tonight's podcast feature Lynda Chanwai-Earle brings us Flying Solo - true stories of what it takes to raise children on your own in New Zealand. In this third episode Lynda Chanwai-Earle meets single-working parent Tamsyn Matchett who knows a thing or two about being discriminated against, especially overcoming the stigma around being a so-called "brown, solo-mum:"

It's time to continue Tumanbay - out epic saga inspired by the Mamluk slave-dynasty of Egypt.
In today's eighth  episode, we re-join  the Master of the Palace Guard Gregor, who is charged by the Sultan with the task of rooting out a faceless insurgency that  is creeping through the city and the palace.
He has descended  into the catacombs -  the dangerous world of the outcasts who live  beneath the city, and is now reliant on one of them - a boy with mystic powers - to get back to the city above.