Phoebe Hoban is on the show to talk Jean-Michel who died at the age of 27. He was thrown into the turbulent New York art scene and has become immortalized through his death and the artwork he created. Phoebe Hoban wrote about the troubled artist's life, and mind. 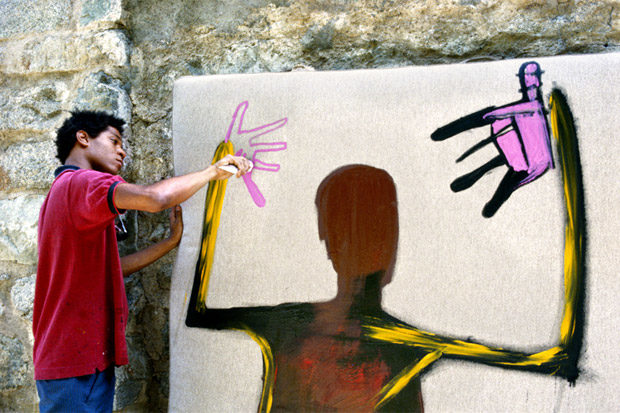 On At The Movies, Simon Morris reviews Norman, starring an unlikely Richard Gere is a New York fixer, and The Hippopotamus, based on a Stephen Fry novel.   And The Passion of Augustine reminds us of the endless fascination of movie nuns.

In a two part documentary Thabiso Mohare ( Tow-bees-oh Mow-har-ree) tells the story of Soweto through its music… The unique neighbourhood of Sophiatown in Johannesburg, a mixed area with a vibrant jazz scene was razed during the Apartheid era to make way for white housing. But the music and what it represented, survived through clubs and jazz appreciation societies.

Our Wednesday Drama this week continues the story of the Mamluk Sultanate of Tumanbay, there is a sense of impending danger. The fearsome armies of Queen Maya are on the march, and her spies are believed to be everywhere in the walled city. There is constant suspicion in the city and the court. And Gregor, the man charged with security is using every resource he can think of, and every trick.