7:12 The paper that foretold the war

It's one of the most successful newspapers in the world - if you count success as being the number of newspapers you sell - and if you're in the business of making money out of newspapers, the ability to sell them is pretty important.

The Daily Mail, is just over 120 years old, and still going strong in the United Kingdom.

It was going strong in 1914 - and when war broke out between Britain and German, it's portrayed itself as the "paper which fortold the war".

It's critics argued, its anti-German stance was one of the factors which pushed Britain in the conflict.

Adrian Bingham is a senior lecturer at Sheffield University. He's going to be talking about the Daily Mail and WW1. 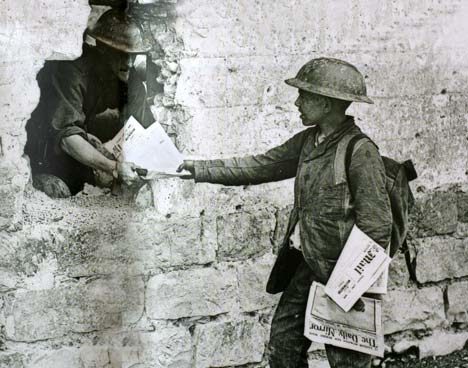 In The Sampler this week Nick Bollinger sets out to identify the various voices of Aldous Harding; a goth-themed album from long-running indie band The Mountain Goats; and the Cameroonian blues of Blick Bassy.

Religious studies Prof. Douglas Pratt from University of Waikato on one's faith in God or gods...

Every year elephants kill dozens of people in Sri Lanka and hundreds of these huge mammals are slaughtered - often by farmers attempting to protect their land.  The BBC's  Linda Pressly examines if and how villagers and elephants can live together.

Since the 1890s we have been the land of frozen meat. The Sunday roast, the barbeque steak, spring lamb-meat has been everywhere including in our national imagination. What is our relationship to meat and how do we think about it in the 21st century? This first panel discussion in a series of four looking at New Zealand's primary production features Ashleigh Young, an award-winning essayist (and vegetarian); Associate Professor Roger Blackley, an art historian at Victoria University of Wellington; and Kiritapu Allan from Kahui Legal Law. This session is chaired by playwright and newspaper columnist David Armstrong.