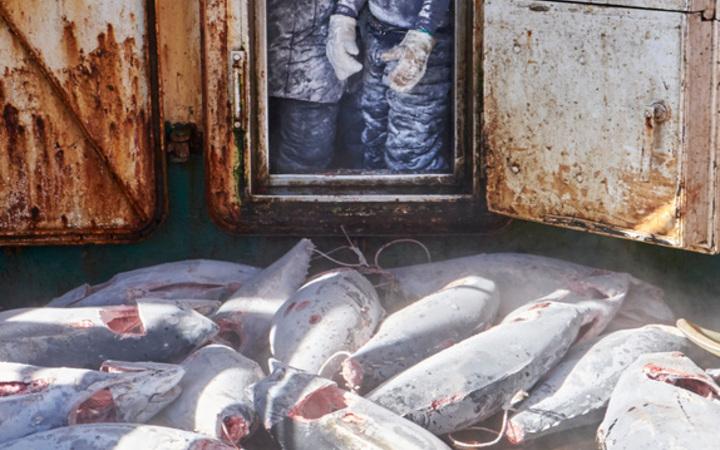 7:12 Dan Salmon on the fishy business of Tuna

From Tokyo fish markets to school sandwiches, tuna is an everyday food for many people around the world. The reality of the consequences of overfishing is less visible. Dan Salmon explores the dysfunctional and disturbing state of tuna fisheries in an essay in The Journal of Urgent Writing 2016.

Simon Morris is taking a break from At the Movies, so we have Arts on Screen from the BBC. Oscar winning actress Nicole Kidman talks about Australian matriarchs and why she loves them, the director of Manchester by the Sea, Kenneth Lonergan, complains Hollywood treats filmgoers as idiots, plus Bollywood superstar Shah Rukh Khan explains why he travels in the trunk of his car. 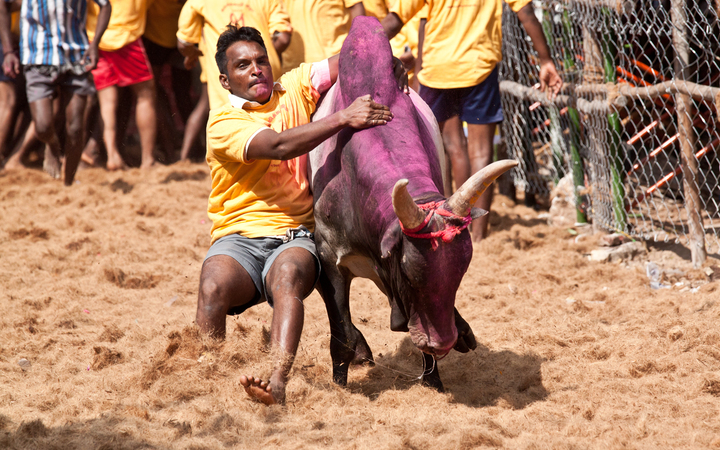 Bangalore based author and journalist Shoba Narayan reports on a recently banned bull festival and the battle between traditional culture and animal rights. Plus, how the most cash-dependent country in the world coping with the removal of all 500 and 1,000 rupee notes, 86% of all currency in circulation.

A Little Bit Pregnant - Malawi's parliament is now poised to vote on a controversial Termination of Pregnancy Bill after more than two years of fierce debate and consultation. If the legislation passes, it will bring this southern African state into line with many other countries in Europe and North America, where abortion is permitted if the mother or baby's life is in danger, in instances of rape or incest, or where going ahead with the pregnancy would present a mental or physical health risk to the woman. But as Chipiliro Kansilanga reports, the issue has split Malawian society and put many politicians and health officials at odds with religious leaders.

This week, we begin the two-part  Roger Hall play Who Wants To Be 100? Anyone who's 99, finding darkness and light in four men's 'golden years'.

Nick Tipping hosts a journey through the jazz spectrum playing favourites, standards and new releases along the way. Tonight he celebrates the 90th birthday of Ronnie Scott, tenor sax player and founder of the best-known jazz club outside the US, with a show dedicated to music recorded at his famous venue. Artists include Buddy Rich, Bill Evans, Van Morrison, Jeff Beck and Roy Ayers.