Prof Ali Miri is the Research Director of the Privacy and Big Data Institute at Ryerson University, Toronto. We ask him about the opportunities presented by the use of Big Data and the security and privacy issues we need to be aware of. He is in New Zealand to speak at the Privacy, Security and Trust conference.

Corpus Christi College is part of the ancient colleges at the University of Cambridge, and its choir, made up of 20 undergraduate and post grad students, is touring the country this month. Singing and composing for the Choir is Paul Newton-Jackson, originally from Hamilton.

Our native fish geek, Stella McQueen, discusses the banded kokopu, the only whitebait species that isn't classified as threatened, yet it seems to have quietly gone near-extinct across a wide swathe of the North Island in the last seventy years. Why and how has it gone from quite common to barely there within living memory? 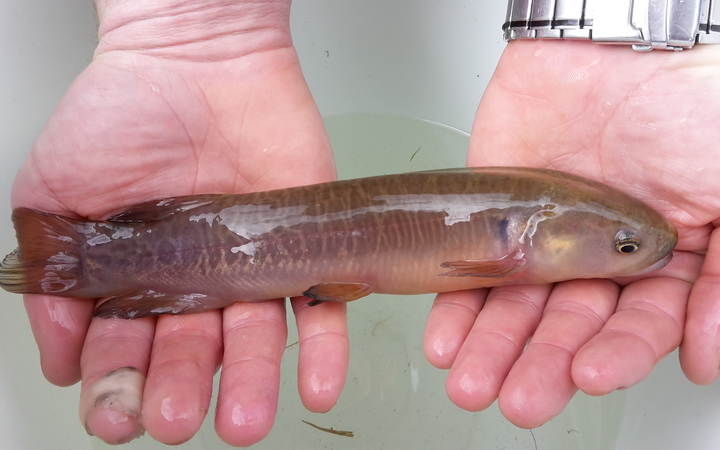 Humans - Homo sapiens have been around for only around 100 000 years and in that time we have utterly transformed the world around us. Gaia Vince finds out what has given us the cultural edge over other animals. This includes our closest relatives - the great apes - with whom we share over 95% of our genes.

This week in Insight, the BBCs Danny Vincent investigates how recently outlawed 'legal highs' are making their way so easily onto the streets of Britain. He goes undercover to trace where they are coming from.

Russell Brown uncovers the way drugs have become a part of nearly all our lives, from over the counter opium to energy drinks and designer drugs. Tonight is part six; it's summer time, which means music festivals - and recreational drug taking. What's the best way to keep the kids in the crowd safe?

Mark Rogers presents the very best in alt.country, Americana and blues. On tonight's show Mark looks back at some of his favourite releases of 2016. With tracks from the Handsome Family, Margo Price, Lambchop, Miles Calder, Courtney Marie Andrews and the wonderful Allen Toussaint.