Music with magic and mischief spun into an surreal sensation of mayhem and maybe magnificence. Tonight it's about leaving on your own terms....

New Zealand Emergency Response Therapists offer free massage and bodywork to help settle the frazzled nerves of people shaken by earthquakes. We talk to founder Marina Locke, ahead of one of their events this Saturday in Rangiora. 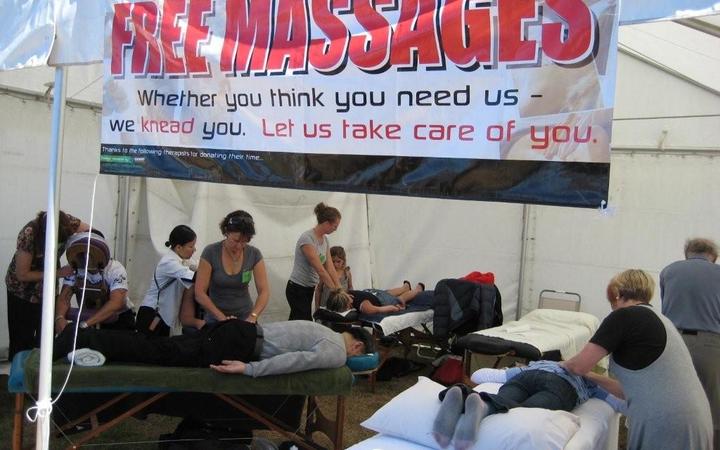 Ray Columbus' achievements in Australia and New Zealand are well documented, but his brief venture into the wild, psychedelisized world of San Francisco in the 1960s resulted in some of Ray's most interesting, experimental and thrilling music, ultimately producing a record that is now considered a garage rock classic. Columbus Discovers America follows Ray as he arrives in San Francisco dressed in full mod regalia just as the Summer Of Love was about celebrate the hippie dream.

Country Life this week visits the East Coast to discover just how much forestry is "on fire" there and the team chats with farmer and entrepreneur John Perriam at Bendigo Station.

For the latest series of The Mixtape, RNZ Music invites guests to compile a C60 of local sounds, and talk us through their selections.Tonight, singer-songwriter, self-proclaimed rascal and longtime NZ folk and country music advocate Bernie Griffen joins Melody Thomas for a candid conversation about recovering from addiction, guided by some of the music that has played alongside him.

The Dead Kennedys
Take this job and Shove it

Cristina
Is that all there is?

Gladys Knight and the Pips
Midnight Train to Georgia

Flight of the Conchords
Not Crying