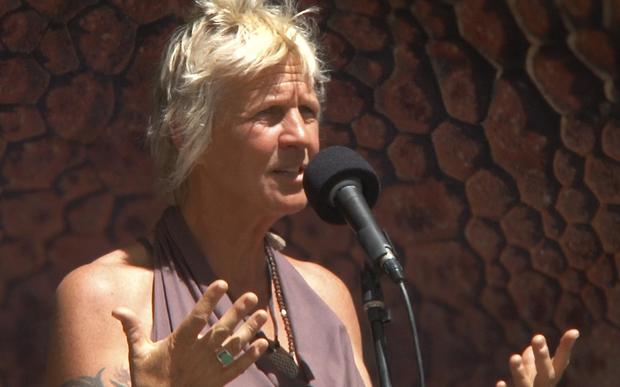 Zenith Virago is a self-described "death walker". She co-founded the Australian Natural Death Care Centre and works to encourage open discussion and demystification of death. She's the subject of the documentary Zen and the Art of Dying which opens at selected cinemas on Sept 8.

Simon Morris reviews the popular Richie McCaw documentary, Chasing Great, and the new Ricky Gervais comedy about an old character - David Brent: Life On The Road.  He also looks at a drama about a half-forgotten footnote of American history - Free State of Jones.

Bloomberg BNA reporter Lien Hoang on high profile visitors to Vietnam, a rare act of gun violence and a spat with Korea over a film.

Google Power - The algorithm which produces Google's search results is highly secret and always changing, but is crucial in influencing the information we all obtain, the viewpoints we read, the people we find out about, and the products we buy. Google dominates the market because it's so effective. Rivals find it difficult to compete. But however good the algorithm, however carefully crafted to give us what Google thinks we actually want, is it really healthy for one search engine, and one company, to have so much impact? Rory Cellan-Jones explores Google's uniquely powerful role at the centre of today's information society.

Nick Tipping hosts a journey through the jazz spectrum playing favourites, standards and new releases along the way. This week: Nick pays tribute to Rudy Van Gelder - considered by many to be the greatest recording engineer in jazz.