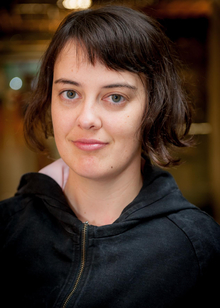 Half of New Zealanders rent the home they live in, often dealing with insecure tenure and poor quality housing. So what can we do about it? We'll ask Elinor Chisholm, Research Fellow at the University of Otago, Wellington who has recently completed a PhD looking at individual and collective action for healthy housing in New Zealand.

New Zealand violinist Benjamin Morrison has been a member of the Vienna State Opera and Vienna Philharmonic Orchestras for over a year. He tells us about the process of first proving your skills over an extended audition period before becoming eligible to apply for membership of one of the top orchestras on earth.

Beauty and Food - A BBC world Service programme looking at what happens when the worlds of food and beauty collide. The market for nutricosmetics - foods that have claimed beauty benefits - is growing by 10% every year. A beauty blogger in Tokyo tells us why she thinks these products are already popular in Asia, particularly Japan. In China, the concept of beauty from within sits comfortably with traditional medicine.  Could the food industry turn the beauty industry on its head? One company that thinks so invites us to take a look at their laboratory where they've created a small chocolate bar, which they say prevents ageing and promises all the goodness of 300g of Alaskan salmon.

Our weekly serial, recorded and aired on the night. Tonight we’ll be off to medieval times embroidering a few loose threads that are showing up on the Bayeux Tapestry.

This week Insight considers whether the Brexit referendum will actually result in the UK leaving the EU.