Conspiracy theorist David Icke has made it his life's mission to inform his readers and fans of an impending global fascist state. He's coming to New Zealand as part of his World Wide Wake Up tour. 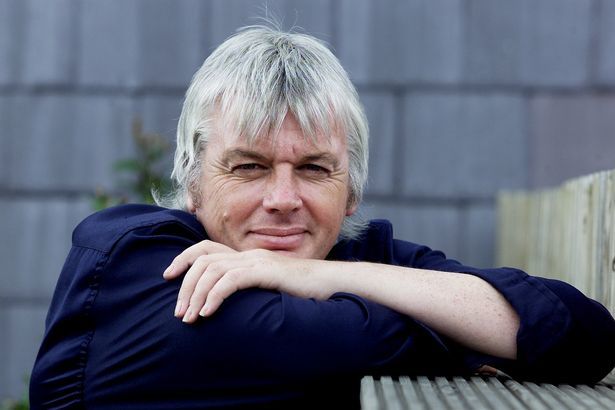 Wellington band The Black Seeds have established themselves as a headline act both locally and internationally for over 15 years. They have experienced some lineup changes in recent times - and what better way to test out the new players than by taking them on tour. Invited by the Victoria Ska Fest to play four shows in British Columbia, Canada in June, RNZ Music joins Barnaby Weir and the rest of the Black Seeds as they follow the food-trail from show to show.

Country life tonight meets a man who manages 70 hectares of pasture - but he doesn't want it to grow quickly nor will it be eaten. Dave Sulley is a greenkeeper at Te Marua golf course near Wellington. We're also being introduced to rare breeds of pigs by Daniel Todd. He gave up a career in electronics and moved from Sydney to farm Berkshires and Long Blacks near Levin...and we have part 5 of Possumer Colin Cox's memoir.

The legendary frontman of The Clash and punk rock icon Joe Strummer was an avid radio listener and music collector; between 1998 and 2001 he hosted his London Calling radio show for the BBC World Service playing an eclectic mix of punk, reggae, folk, jazz and world music. Delivered with his trademark sincerity and humour there was no telling what Joe might cue up next.

As unpredictable as ever DJ Joe digs into his record collection and spins classics from The Beatles and The Rolling Stones alongside gypsy punk from the Balkans and Congolese rumba.