Ray Trembath joined the New Zealand Army in 1972 as an Infantry soldier, leaving in the mid 80's going to South Africa to join the army there. Unable to enlist he then went to France and joined the French Foreign Legion where he completed his 5 years of service. 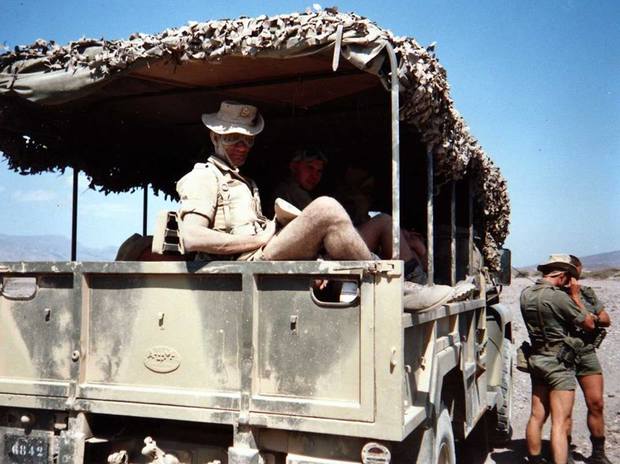 Nick Bollinger reviews new releases after long absences from DJ Shadow and The Avalanches; an album of bittersweet longing from Lawrence Arabia and a set of local blues from King Leo.

Senior Historian for the Ministry for Culture and Heritage Gavin McLean on the history of publishing and bookselling in NZ.

Rio Tempest - On the eve of the Olympics, Shakespeare's mix of sex, politics and intrigue plays out in Rio. 400 years after Shakespeare's death, his plays have come to Brazil and are being played to packed houses in front of enthralled audiences who respond instinctively to their passionate mix of political corruption, violence, sex, death and the supernatural. A unique collaboration between international directors, academics and Brazilian actors has brought one of Shakespeare's greatest plays, The Tempest - in which he writes about the 'brave new world' of the Americas - to Rio de Janeiro. Writer and historian Jerry Brotton finds that the Brazilian world of carnival proves to be not so far away from the popular festival world of Elizabethan England, and sees how Shakespeare has been used by Brazilians to understand everything from their independence to military dictatorship and even the nation's celebrated television soap operas.

Beyond Binary - Communities of intersex, genderqueer and bi-gender people are attempting to re-define gender identity, rejecting the categories of man, woman and transgender. It creates deep challenges for law, society, and conventional concepts about the very nature of gender. Will public opinion and legislation accommodate this new thinking, as many nations have accepted homosexuality? Or is defying the notion of gender simply too radical an idea?

Tonight in WOMAD - The World's Festival 2016 we feature a live performance from The Jerry Cans, a 5 piece band who live in the remote region of Northern Canada bordering the Arctic Circle. Their songs are performed in English and their indigenous language of Inuktitut.