Last night Six60 attracted the largest crowd of any NZ band ever to Auckland’s Western Springs Stadium, playing to around 50,000 people at the sold-out venue. 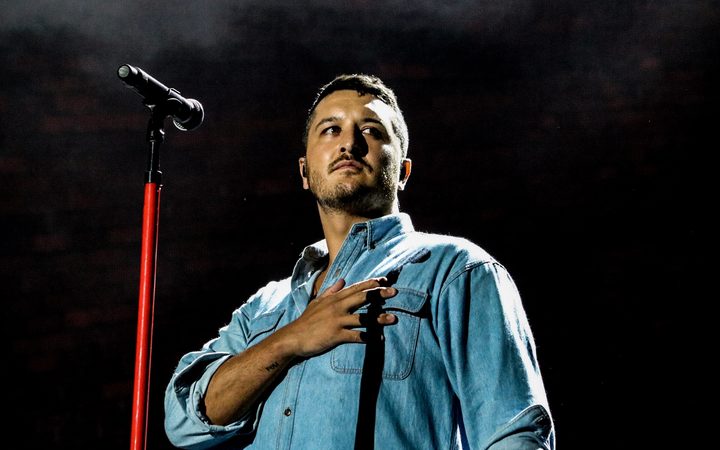 Last night, Six60, a five-piece band who formed at the University of Otago in 2008, became the first New Zealand act to break the big five-zero - almost half the population of the band’s city of origin, Dunedin.

Expected to perform the classic New Zealand summer tour, hopping from city to city as fans got the chance to watch live performances all across the country, Six60 wasn’t feeling it.

They’ve never been conventional, and the summer of 2019 was no different. They chose to host only one performance, one massive performance, and watch the country flock to them.

Industry professionals said they were crazy, the show wouldn’t sell out, and the idea was a write-off. But here I am, standing in a field of 50,000 people who are here to see Six60.

The band are supported by the all-male line-up (@lineupswithoutmales, take note) of Illbaz, SWIDT, Sons of Zion and Drax Project, who take to the stage as the sun sets on what could have been the dregs of Cyclone Oma.

Matiu Walters (vocals, guitar) is an unassuming frontman. He guides the crowd into the show with a steady rendition of ‘Vibes’, dressed in a casual button-up and jeans.

“It’s Six60 and a choir of 50,000 strong,” he beams up at the rows of benches on the stadium embankments. The audience is woven into every Six60 performance, and today is no different.

Whether projected onto the two giant screens either side of the stage or singing familiar hooks into Walters’ microphone, the audience is front-and-centre. You couldn’t escape from the community-building even if you tried.

Walters continually refers to the audience as Six60’s choir, a playful allusion to the 15-piece, robe-clad choir who join the band on stage during the final songs of the night.

The concert is being recorded for an upcoming documentary, so shots of audience members celebrating the music are integral not only to the whānau-friendly vibe of the event, but the historical account of the evening once it concludes.

It's endearing watching the reaction of each crowd member that comes up on screen. Some shy away, embarrassed to see their faces spread wide above the crowd. Others keep dancing, singing, hugging each other, or taking various layers of clothing off.

A bra is flung across the front row, caught in real time by the camera operators. 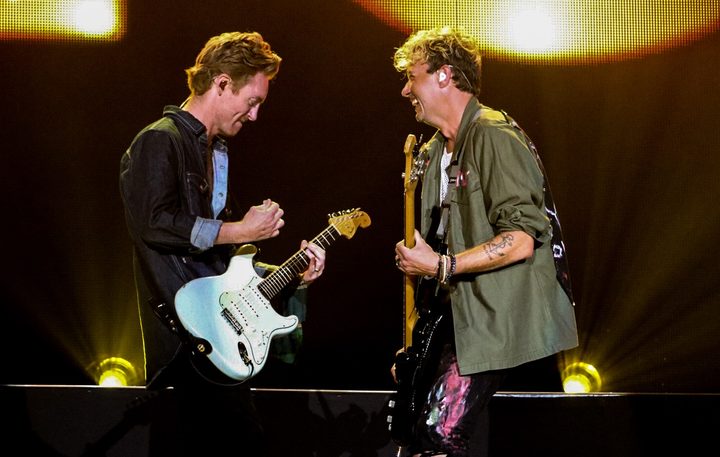 Through all this, the band appears so miraculously calm; it’s easy to forget we’re witnessing history in the making.

Ji Fraser (lead guitar) appears on screen, grating away at a riff, while a young child on mum’s shoulders is overlaid – her smile only widening when she sees that the whole stadium has caught her dancing along to ‘Please Don’t Go’.

This is one of the singles off the mysterious “new album” announced at the concert. The new music is more vocally mature and bass-heavy than their previous records, but remains upbeat and inspirational in its messaging.

If their track record and the enthusiasm in the stadium tonight is anything to go by, every track off the new album will break the charts twice over.

Two antique leather couches frame Marlon Gerbes (synths, samples) as the band digs into ‘Stay Together’, and I’m reminded of the décor in a popular Dunedin café, bar and gig venue, Dog With Two Tails.

The venue is known for offering a platform to emerging artists, and although the boys may have never played there, tonight’s performance is littered with various homages to Six60’s birthplace – 660 Castle Street, Dunedin. 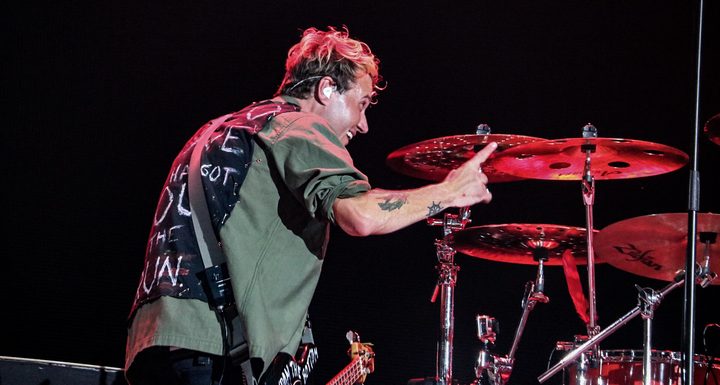 The screens project images and videos filmed in their old flat, Walters reminding us that fan-favourite ‘Don’t Forget Your Roots’ was recorded on its second floor.

Chris Mac (bass, synths) may be the antithesis of Walters’ modest presence on stage, dancing circles around the other members as he thwomps away at the meaty bass line on ‘Don’t Forget Your Roots’.

I guess you’re not going pull all 50,000 crowd members without a hint of rock star magnetism, and Mac seems happy to give a little extra – his Sting Ray Bass reading “Be Mine Tonight”, a touching tribute to late 70s / early 80s NZ rock band Th’ Dudes.

He engages in a drum battle against Eli Paewai (drums), the screens turning to greyscale for a touch of spectacle, as the audience delights in what is a rare deviation from the easy hook-laden anthems the band is infamous for.

In moments of unwavering confidence like this, it’s easy to forget that the band’s largest show prior to Western Springs was a measly 10,000.

But here they are listening to 50,000 voices sing ‘Rivers’ back to them, word-for-word.

Why do I know all the words to these songs? They’re easy to move to, blending soul, pop rock, R&B and electronica; each new song sounding vaguely similar, but representing completely unique memories to audience members. 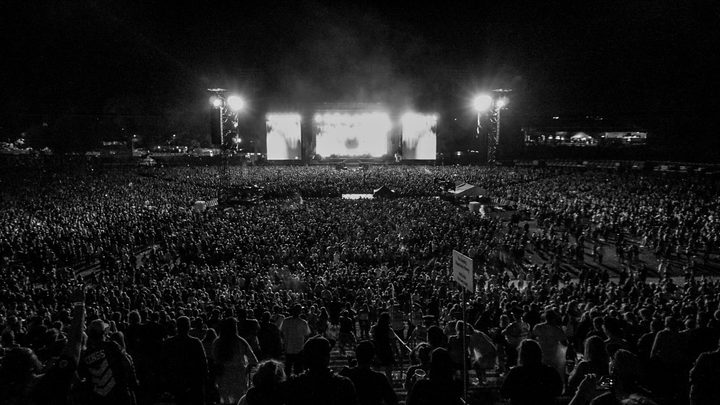 We cycle through ‘Precious’, ‘High’, and ‘Forever’, into ‘Mothers Eyes’ as the addition of the choir layers a full vocal range on top of Walters. I feel like I’ve known each song for a lifetime, despite never having listened to them of my own accord.

I entered feeling like a begrudging spectator, bound to complain about the mud tracks I’ll leave in the house when I get home. By the end, I’m not converted to fandom, but I’m caught in the energy of the crowd and it feels wrong not to belt out, “Ain't it good to be alive,” from the band’s hit ‘Only To Be’, as Walters brings the stadium down around us.

Perhaps I should be asking myself, why did I assume I wouldn’t be included?

Walters sends his microphone upwards one last time, beyond the stadium lights and the drones buzzing overhead. He points towards Henderson and Mount Eden, Māngere and Mission Bay; extending the gesture up the Eastern coastline, all the way to Te Rerenga Wairua, before sweeping Southward towards Rakiura. 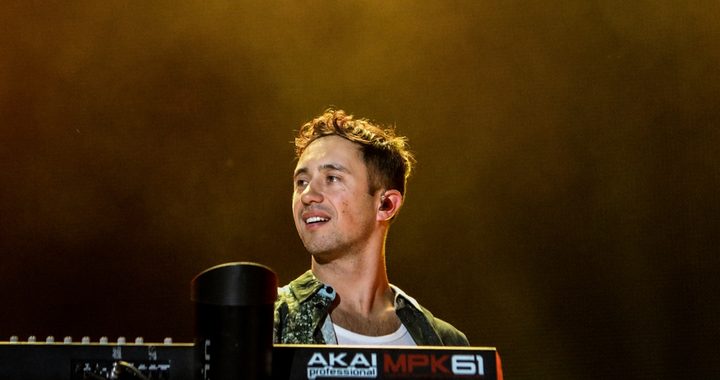 You don’t have to be at the stadium to feel present this evening. Six60 is the music you remember floating across the football pitch, the marae, up through the office window and down to the park where dogs chase frisbees and children eat ice cream.

Six60 captures and capitalises on the authentic New Zealand experience. They are independent and creative, humorous and humble, tangata whenua and pākehā. There are no obstacles in their music for their audience to overcome.

They’re hyper-inclusive. I saw children as young as five or six propped up against grandma in the mosh, while every gender, sexuality and race pressed up against each other, unified by the universal allure of boy-bands and commercially successful music.

That’s what’s essential: Six60’s music has the unequivocal inability to deny anyone.

And let's not forget, as the band announced tonight, and 50,000 people snake their way towards the exit, the boys will be back to do this all again on February 22nd, 2020. 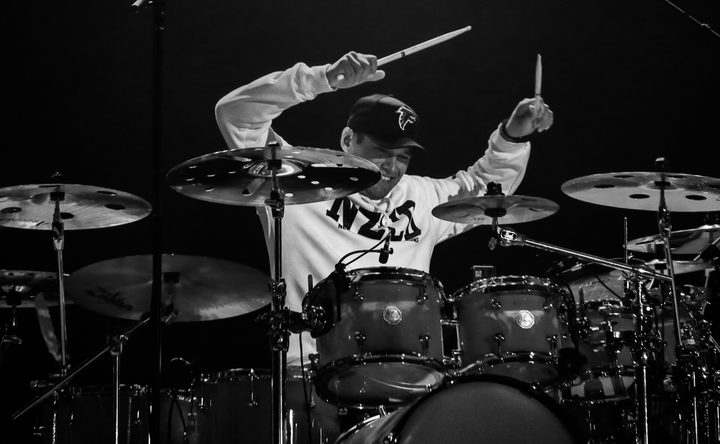 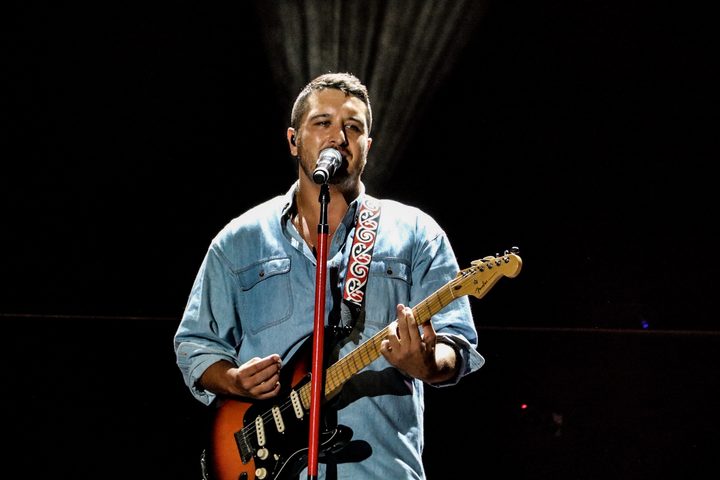 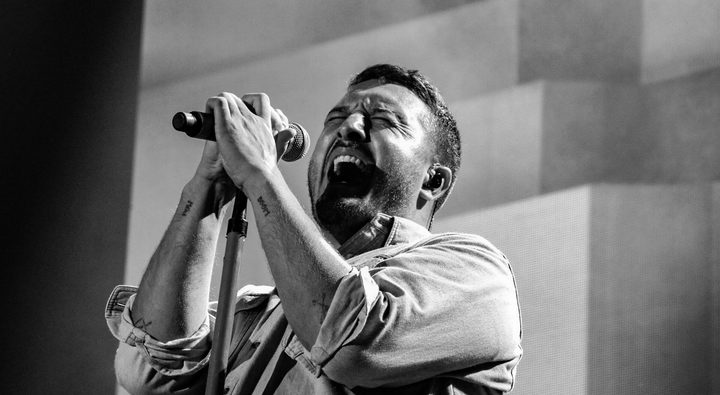 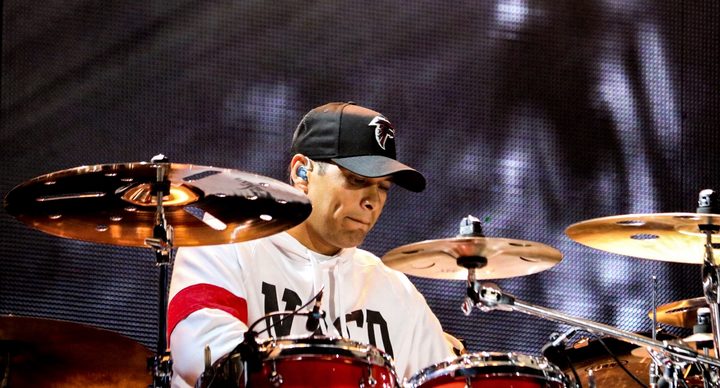 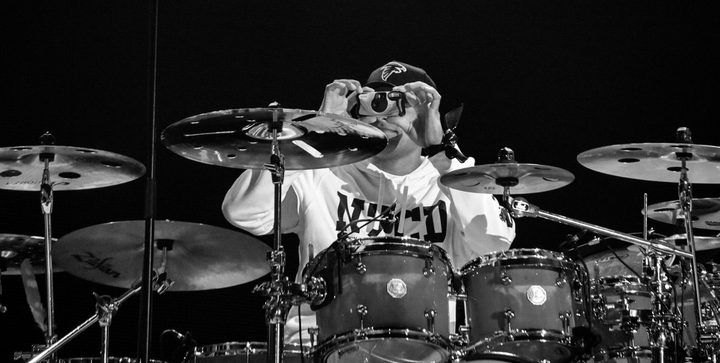 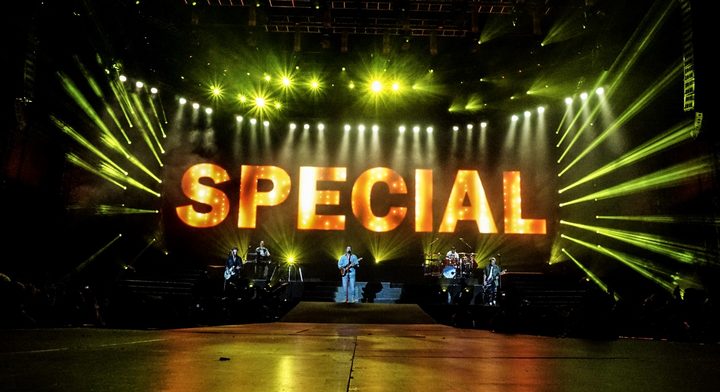 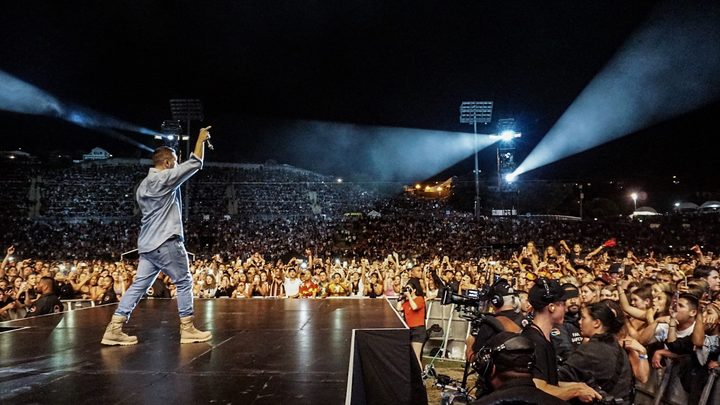