When Alien Weaponry found out they’d be playing the world’s biggest metal music festival, the three teenagers ‘lost their shit’. 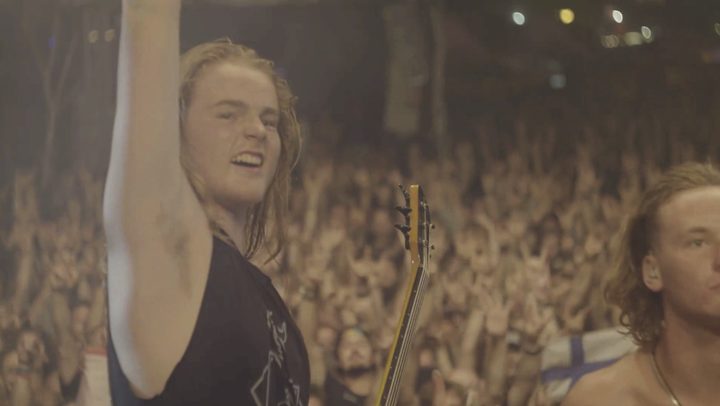 The band travelled with their parents Niel and Jette de Jong. Niel looked after front of house sound throughout the tour and Jette was tour manager, taking care of “everything else that no-one wanted to do”, including running the merch desk at all the band’s gigs.

The documentary was shot by DOP and Director Kent Belcher who was embedded with the band for six weeks in June and July 2018.

Kent went everywhere with the band, sleeping in the tour van, sharing campsite meals, and joining in with regular ‘Tūtira Mai Ngā Iwi’ sing-alongs. He “basically became part of the Alien Weaponry whānau”.

Rū Ana Te Whenua was produced by The Down Low Concept with funding from NZ On Air.