2018 is shaping up to be a massive year for local thrash-metallers Alien Weaponry. Not only will the teenagers be playing at Germany's Wacken Open Air Festival, they'll be playing another massive festival in Slovenia, releasing their debut album and touring Australia.

Alien Weaponry ‘lost their shit’ when they found out they’d been invited to play Wacken Festival.

Wacken is ‘the biggest heavy metal festival in existence’. It takes place in northern Germany and attracts around 80,000 metal fans from around the world.

They’d aimed to get a slot at the festival by the time they were 18, and with two 15-year-old members and a 17-year-old, it’s safe to say they've blown that goal out of the water.

The trio is also performing at Slovenia’s Metal Days in July, and not just on a ‘tiny little stage’.

“It’s not just the newcomer’s stage, which, for [our] first time even being in Europe, to be able to do that ... is really awesome,” says drummer Henry.

They'll also be touring Australia in the new year. Initially, they planned to visit Sydney and Melbourne, but after overwhelming demand on Facebook they've had to re-schedule, so they can add Brisbane and Perth to the list.

They're understandably excited - two of them have never left the country and the other one’s only been to Cairns.

In addition to all the touring, the band are also set to release their debut album in early 2018. It's currently being produced at Auckland's Roundhead studios. 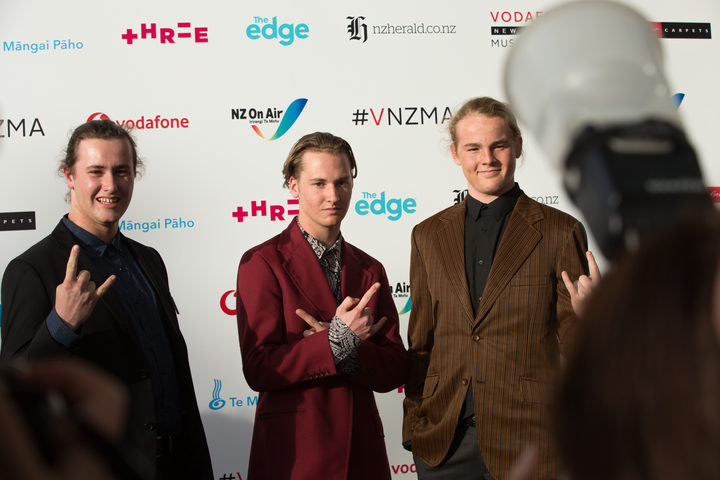 The band is made up of 17-year-old drummer and backup vocalist Henry de Jong, his brother, 15-year-old guitarist and lead vocalist Lewis de Jong, and 15-year-old bassist Ethan Trembath.

They officially started in Waipu after Lewis and Ethan went to circus school together: “I had a few mates over and he was the only kid there that could reach the end of the bass guitar, so we abducted him and forced him to join the band,” says Lewis only half-jokingly.

Ethan’s only just completed NCEA Level 1. He passed - endorsed with merit, and says it’s a balancing act between school and the band, but ‘the band sort of comes first’.

Lewis just finished Year 10. At the time of writing, he’d not received his results, but he doesn’t think he’s done too badly … apart from maths.

Henry literally signed out of school the day before we spoke to him. He’s officially done! He won a scholarship and is going into an apprenticeship as a result. So, in between band stuff, he’s going to be busy becoming a mechanic. Luckily his new boss is a massive Alien Weaponry fan and doesn't mind Henry going on tour.

In addition to their academic achievements, the band have a lot to be proud of. 2017 has been a massive year for them.

Henry lists his highlights: “I mean for us, going to the Waiata Māori Music Awards, The Silver Scrolls… I mean we bloody won the Maoiha, which is crazy. That was definitely one of my highlights.”

Lewis: “Getting to hug Jacinda Ardern before Lorde,” (met by cheers and laughter by the rest of the band).

Henry: “Going to the VNZMAs as well - that was a crazy experience. I just didn’t expect it to be so Huge. It was massive. I thought the Silver Scrolls were massive, and then we went to the VNZMAs!”

Ethan: “For me, it was seeing the version of Raupatu performed after we won the Maioha.

Lewis: “It was pretty breathtaking.”

Ethan: “I mean it stopped my heart … we were right in front of them. Right against the stage. It was just incredible.”

WATCH: Alien Weaponry's 'Raupatu' is performed at the 2017 Silver Scrolls

Henry: “Finally getting metal out there.”

Henry: “And hopefully that’s paving the way for the future.”

The band also mention the recent appearance of their music on America’s National Public Radio (NPR).

Ethan: “That was nuts. I got an email about it and I was like, what?!”

It’s resulted in the band getting 10,000 extra views on YouTube in one day, and receiving messages from a whole fleet of new American fans.

“Woah, the pressure’s on,” says Lewis, “Get your early nights and eat your veges.”

Speaking of fruit and veges, how do you fuel three teenage boys when they’re recording an album? Sushi and smoothies apparently. 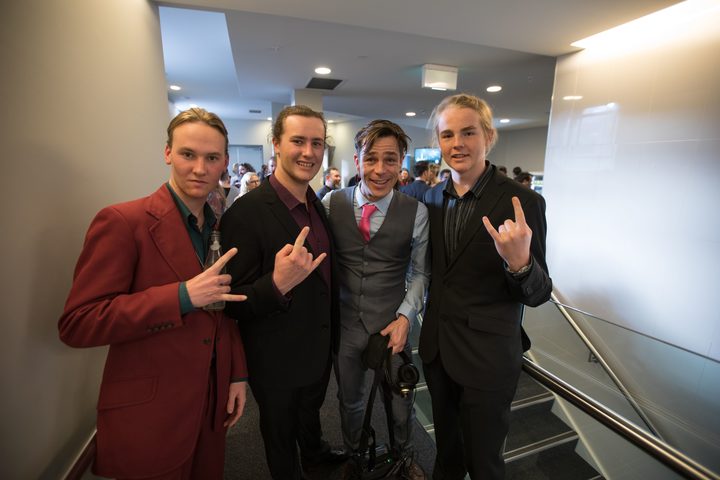 While recording at Roundhead, a Nutri Ninja was a key part of their setup. “We just whirr up a whole bunch of smoothies and that’s breakfast, lunch, dinner,” says bassist Ethan.

Lewis, however, is a cereal fan: “People think I’m weird for doing this, but I eat cereal at whatever time of day I want. People are like, ‘It’s eight o’clock at night, you’re eating cereal,’ it’s just like, I don’t care. It doesn’t say you have to eat it at eight o’clock in the morning.”

The band doesn’t have a record label and they’re ‘definitely not looking to sign an artist deal or anything that's actually putting [them] in the hands of a record company’.

In Australia and NZ they’re managed by Henry and Lewis’s dad Niel De Jong, or ‘Hammerhead’, as the band refer to him.

Across the rest of the world they’re managed by German outfit Das Machine - that’s who’s taking them to Europe next year.

“It’s hard … sometimes we have to remind ourselves that we're dealing with our manager, not with dad. Of course with parents and stuff you always relate to your parents in a slightly different way [to] how you relate to most people,” Henry says diplomatically.

“Easier to fight back,” adds Ethan.

Henry: “Yeah. It’s easier to be a little shit sometimes.”

Having that close relationship can be really helpful too: “You can say stuff that you might not say to other people,” says Lewis. 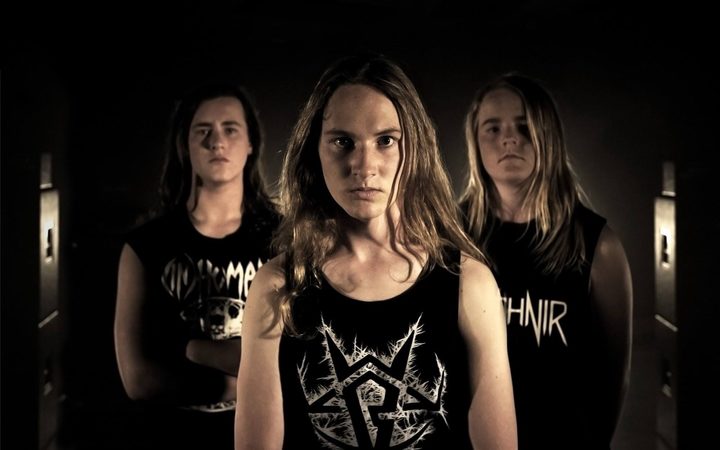 Alien Weaponry are well-known for using te reo Māori in their lyrics.

It started out as an experiment for the Pacifica Beats competition:  “We thought it would be cool to incorporate Māori into one of our songs. When we did that, everyone went nuts over it,” says Lewis.

Ethan: “It was surprising to see how positive it was.”

Henry draws parallels with the band Sepultura: “People are really drawn to [them] because they do mix in their indigenous heritage with their music, and really make a part of what they do.”

He says there’s a reason people love it: “If you look at haka, it’s quite obvious there’s huge similarities between metal and haka, not only in the delivery of it, but also in the themes.”

“They talk about great battles and stories of courage and fighting back against ridiculous odds."