The last Kiwi Rules guest for the week talking about songs of significance in their life is appropriately musician Blair Jollands. He's a New Zealander but lives in the UK where he not only makes albums which have, in the past, come to the attention of the likes of David Bowie, he also works as a sound engineer for film and t.v. He's back home to play some gigs before he heads back to London. For his Kiwi Rules session he's also going to play a couple of his own songs live. You can find out where he's playing here. 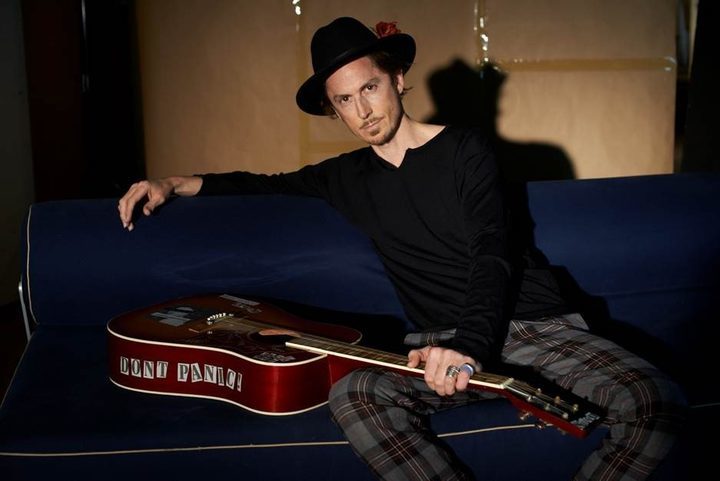 Ennio Morricone The Ecstasy Of Gold (The Good, The And The Ugly)

Bowie - Where Are We Now (The Next Day)

Jess Daniell runs Jess's Underground Kitchen and is our Friday foodie. She's been busy catering for weddings this summer as well as still offering her cooked meals from her store. She's got a recipe which is great if you're looking for something to do with stale bread rather than feeding it to the birds. She's going to explain to Karyn that her Tomato & summer fruit Panzanella isn't as strange as Karyn feels it is.

Joelle Thomson is in the Wellington studio to talk about summer wines to enjoy while the weather is still good.

She's got her top five wines she's going to share with Karyn and talk about.

Dr Emma Woodward is a child psychologist and says it's quite common for children to be anxious about returning to school after the long summer break. She says there are many reasons why anxiety about going back to the classroom can kick in for both teenagers and younger children. She speaks to Karyn about ways to deal with any anxiety that might arise and what parents can do as the end of the long summer break looms on the horizon.

Alex Rosenthal is an expert puzzle solver. He's part of the team, which last year, won one of the oldest puzzle competitions in the world, the MIT mystery hunt at the Massachusetts Institute of Technology. As the winner last year it's been his job to create the event this year. He explains what's involved in the hunt and this whole family's talents when it comes to puzzles of all kinds. If you're a puzzle fan you'll love hearing all about the mystery hunt planned for this weekend.

John Moe's a comedian and writer who's had enormous success with his podcast, The Hilarious World of Depression. It's had over nine million downloads. The series is a mix of moving and funny conversations with some top comedians and other big names in America. John explains that for some reason it's quite common for the people who make others laugh to have been suffering from anxiety and depression the most. He's also aiming to stop people being discriminated against through the series by talking openly about mental health.