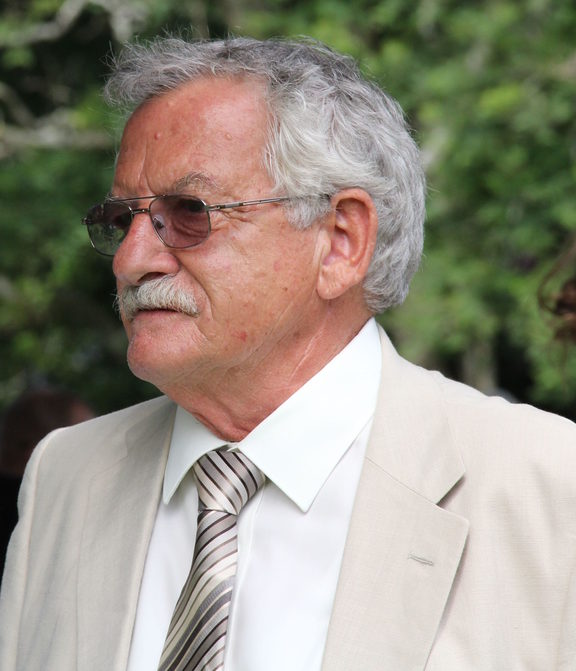 Today's Kiwi Rules guest Kevin Ireland is a poet, short story writer, novelist and librettist -  someone who writes texts for musicals. He has had an incredibly successful career and among the many awards and accolades he's received over the years has been an OBE and the Prime Minister's prize for literature. He also spent 25 years living and working in the UK before coming back to New Zealand to settle back where he started life on Auckland's North Shore. He shares his music choices which are a trip down memory lane.

Ella Fitzgerald: I get a Kick Out of You (Cole Porter)

Billie Holliday: In My Solitude

Today we have Jacob Brown from the Larder in Wellington sharing a summer recipe. He's got a delicious fish dish with an Italian twist. His Sicilian style lightly pickled fish serves six and has a bit flexibility in terms of what fish species you use.

Music critic Simon Sweetman's on with Karyn Hay to talk about two new album releases. He has a track from The Delines' new album The Imperial to play. He explains that this is the first album for the group in five years after the lead singer Amy Boone was badly injured in a car crash. He also has the details of Van Morrison's new album, The Prophet Speaks. It's his fourth new album released in the past 14 months.

Healthy Food Guide Nutritionist Claire Turnbull has some handy hints on healthy habits you can sustain throughout 2019. She talks about creating good regular habits rather than dieting for weight loss as often once a diet is over the weight comes back. She has some practical easy things to do to help if you're looking to lose a few kilos. She also has a list of the diet fads you're likely to come across this year and their pros and cons.

Crippling anxiety and a serious break down has lead author Jill Stark to write her book Happily Never After. She's using her story and research with the experts to explain why the constant obsession with being happy all the time is simply unhealthy. She talks about getting to the root of her depression and anxiety after seemingly "having it all" in life. She hopes her book will be a boost to others who are having daily struggles with their mental health.

Today the talented business brains behind the Two Cents' Worth podcast has a closer look at petrol prices. The podcast is a joint venture between RNZ, Interest.co.nz and Newsroom.