Insight: Beacon for the Homeless Closes its Doors

Te Puea Marae's winter programme for the homeless has been hailed a success after it sheltered 181 people in the last three months, including more than 100 children.

It has been a beacon for families living in cars, garages and on streets and put the spotlight on homelessness and the emergency housing crisis.

But its chairman, Hurimoana Dennis, says it cannot continue, as it relied on the generosity of hundreds of volunteers, some of whom put their lives on hold to help give destitute people a new start. 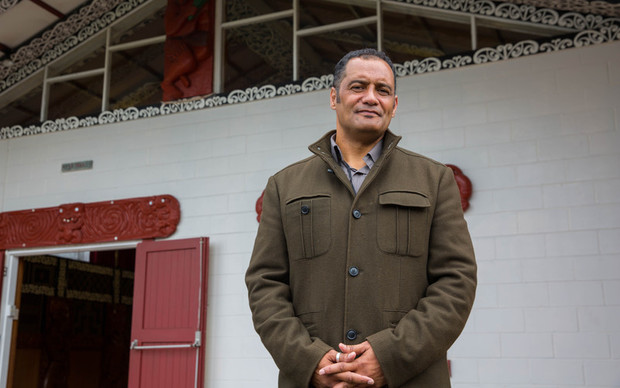 Johnboi Kukutai stands in front of a sign that says "Tumanako Way", on a small lane behind Te Puea Marae in Mangere, south Auckland.

Tumanako means hope, and for three months the lane connected the tiny portable cabins that have housed nearly 200 people, the makeshift offices for social workers and government agencies like Work and Income and Housing New Zealand and the marquee tent turned into a dining room.

Mr Kukutai, who has lived at the marae for five years and been one of the leaders of the Manaaki Tangata programme, woke one morning soon after the marae opened its door to people without homes, to find to one of the kaumatua blessing the sign. 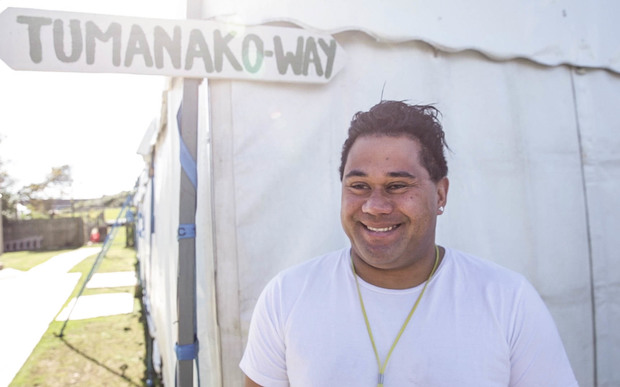 They were all part of the tiny temporary village where hundreds of volunteers crossed paths in their tireless efforts to give the homeless they called "whānau" a new start.

Some came to work at 7am and went home at 10pm. They cooked for up to 200 people a day, they folded and stacked clothes that filled dozens of bags, they sorted the 20,000 cans of food and thousands more packets of dried food.

Marae chairman Hurimoana Dennis told guests at last week's closing ceremony that more than 1200 volunteers came from all over the country.

"I walked into the kitchen one day and everyone in that kitchen was Pākehā and I say that with the utmost respect. It was the mums from Remuera and Ponsonby who came in to cook our kai.

"What I can say is we've had every possible ethnicity come to this marae. The Sikh Indian community, the Haitian community, the churches cooking our dinner, our lunches. Everybody here is a volunteer, nobody gets paid.

"Yes we had our fights we had our differences but we got good at managing them. Get over it, move on"

Every second day, Mere Kahikomene travelled nearly 20km from the other side of Auckland to work in a small, dark room, sorting through the boxes of donated toiletries including bars of soap, toilet paper, band aids and tissues. She even made a shelf for gifts. 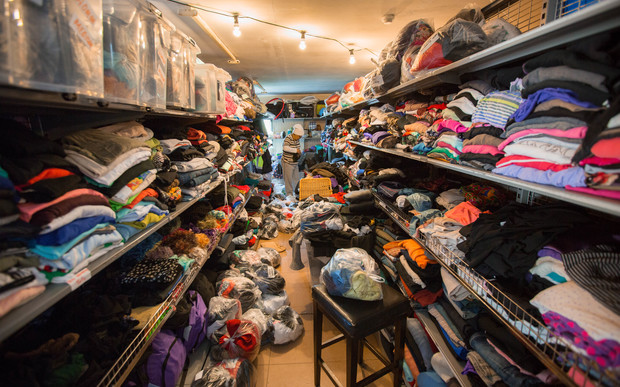 "Some of the rawa kore [homeless] might have a birthday then we'd give them a gift if they were here. There's every basic need that the rawa kore weren't getting out there. They couldn't even really afford to buy sanitary pads because they were using newspaper and that's sad."

She cried at the thought the programme was finishing but was already planning to help at Manurewa Marae, which has started a four-nights-a-week programme, called Po Marie (good night).

"I get something out of it, its so uplifting, the wairua, the spirit is so awesome."

Jenny Nuku has been in charge of Manaaki Tangata's finances and has a record of every item that has been donated. In her office on Tumanako Way, which she shared with Johnboi Kukutai and other volunteer administration staff, she had stacks of exercise books filled with written lists of food and a growing database of every person and business that had donated.

"We hope to publicly thank everyone. The generosity from people and local businesses, regional businesses, national business, it's just been unreal. I truly can't explain. Within the first week of operation, we had $30,000 in our account after we opened a new bank account for Manaaki Tangata, and we just could not believe it."

The marae committee had agreed it would cover costs like utility and medical bills for whānau but cash donations of more than $100,000 meant the marae's own financial contribution was "just a drop in the bucket", she said.

Donations came in from around the world after an Al Jazeera story about the marae.

"We had as far as Europe, Australia and it wasn't just New Zealanders. The interest has been just too far and wide that I couldn't name every country.

"We didn't even know what was in the media because we were here from morning till night. It was only when other people came in and told us what they'd seen on TV. We were just so focused on what we had here."

Sometimes carloads of volunteers would come to help and she did not have the heart to turn them away, she said. Many volunteers worked long hours but none were paid.

"That's what Manaaki Tangata's about. You don't want to be glorified and paid at the same time, all you want to do is help those people. We didn't understand the politics behind it because we had all these people, some very destitute. And all we wanted to do was for them to get confidence in themselves and lucky a lot of the children were the angels of pulling their parents together."

She felt the marae made a small difference but there were many thousands more who needed help.

When George Marshall wasn't at his full time job working with people with disabilities, he dedicated his time off to the marae in the "food shop" he nicknamed Pak'n'Save. 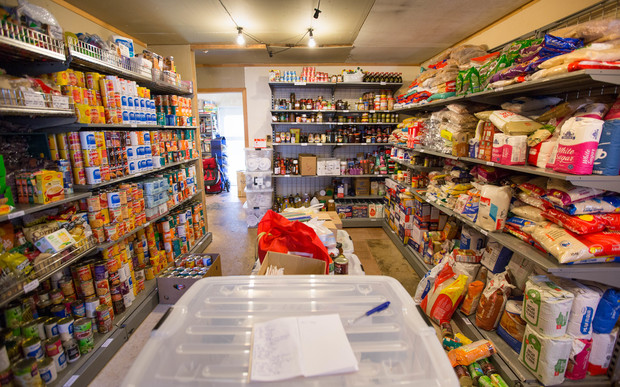 "We've just about got everything you would buy in a normal shop. We also have a container out on the road that's full of food.

"It's been an enjoyable experience and the families that come through, they're just great. They've been in here helping me stack shelves, unpack boxes while they're waiting to find homes.

"The people that I've met are just amazing. They are just in unforeseen circumstances but they're not sitting around and expecting people to do everything for them. They're helping to help themselves."

"I was actually blind to the whole homeless thing until I came here and then I realised 'oh, those fullas that I've seen parked up at night-time, they had no homes to go to and that's how blind I was to the whole thing. Now I'll go knock on their window, 'are you all right?'"

While the marae's programme has ended, the problem is not fixed - with more stories emerging in recent days at a nationwide homelessness inquiry being run by Labour, the Greens and the Māori Party.

If you want to find out more about the Cross Party Homelessness Inquiry visit http://www.homelessnessinquiry.co.nz/

Watch the closing ceremony for the programme at Te Puea Marae: