"It was the year of the vaccine and to finish with rates in the mid-90 percent mark for first dose, 85 percent for Māori, over 90 percent for Pacific, I'm really proud of what New Zealand's done," - Jacinda Ardern

Prime Minister Jacinda Ardern accepts the government could have done more to assist community-led vaccination efforts, but she defends the decision not to prioritise all younger Māori in the rollout.

Ardern has just completed the first year of her second term, marking a shift to a Labour-majority government, but like 2020 it has been dominated by one overriding challenge: Covid-19.

Deputy Political Editor Craig McCulloch sat down with Ardern to assess the year that's been and the one to come.

In January, Ardern described 2021 as the year of the vaccine. She says she's proud of the rates New Zealanders have achieved, but with hindsight, she would have put more focus on community health providers earlier.

"Some of the most successful parts of the [vaccination] campaign have been where providers have had the freedom to just go out and do things in a way that worked for them.

"They had barriers and I'll think: 'how could we have taken those down more quickly, sooner for them?' That's something that I would do differently."

Ardern says the government was constrained by a lack of supply early on despite doing everything it could to get access to the vaccine as early as possible.

As such, she stands by the decisions around targeting the vaccine to priority groups - including rejecting a Health Ministry recommendation to set lower age brackets for Māori.

There were not enough vaccines for everybody early on in the rollout, and evidence showed age and comorbidity were the main vulnerabilities, she says.

"We know we have more comorbidities in our Pacific and our Māori populations, so we knew that would ... allow us to go in and target those communities."

Ardern says the government also took a whānau approach - where an entire family could be vaccinated if they had a vulnerable person living with them - but she accepts more could have been done to promote the strategy.

"Could we have advertised it more? Yeah, perhaps we could have, because it does seem to me that not everyone was aware that we were taking that approach at the start." 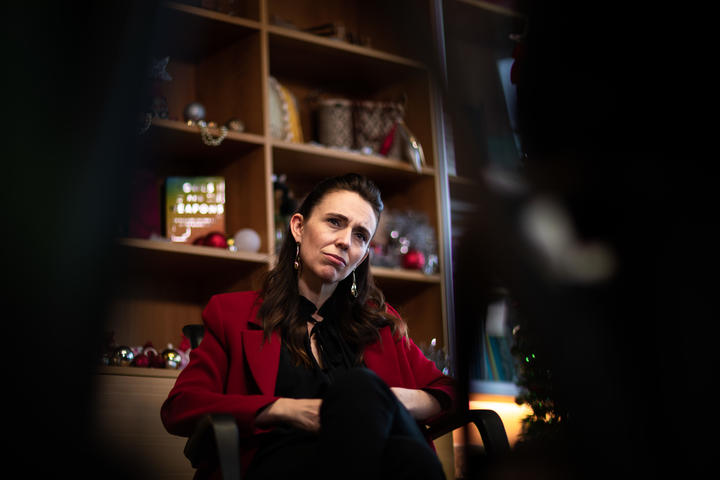 Next year will offer new challenges including new variants and a shift away from managed isolation and quarantine (MIQ) as travel with the world resumes.

It also opens up the possibility of official visits overseas. Completing a free trade agreement with the EU is high on the agenda, along with travel to the US, but she's less definitive about a trip to China.

"I think there'll be just the practical questions around travel there, but again, as I say, keen to engage."

Back home, as New Zealand tries to put Covid-19 behind it, the real estate market looms large in the public consciousness. Ardern says she hopes moves the government has made this year can help bring prices under control.