"It's easy to say the words 'unify, unify, unify' ... but, you know, that's an intellectual rational thing - you've got to make it emotional and actually get people to reset and leave some of the baggage behind," - Chris Luxon

It was only just over a week ago Chris Luxon took the National Party leadership after only 409 days as an MP, following Judith Collins losing a caucus vote of no confidence.

The former head of Air New Zealand negotiated a managed handover, seeing off rival Simon Bridges, and now faces the challenge of putting together a caucus lineup that refocuses MPs' attention from themselves to the Labour government while not inflaming old resentments.

Political editor Jane Patterson sat down with Luxon to talk about his views, ideas and plans for his caucus, Covid-19, Māori and the Treaty of Waitangi.

It's his first interview in the third floor parliamentary office that has seen a revolving door of opposition leaders. He is operating on just a few hours sleep, figuring out what to do with the space and his 33-strong caucus - among them, the three former leaders Simon Bridges, Todd Muller, and of course Collins.

Luxon made it clear in his first statements each would have roles in his caucus - in part no doubt as a display of the newfound unity the party will need to show to regain lost ground - and he remains firm on that.

"I want roles for Simon, Todd and Judith. You know, I want them all in the team because we've actually turned the page, we've said 'righto we've got 100 percent trust with each other, we go forward from this basis', and we want to use their skills and talents bigtime."

Bridges has already been given the finance portfolio and the number three ranking, providing Luxon a number of benefits: keeping a very recent rival close, making use of Bridges' political skills and experience, bringing more diversity to the front bench with a Māori MP, and sending a message to the caucus he can be magnanimous.

Muller, left out in the wilderness under Collins, will be brought back into the fold. Collins brought her own leadership to an end in spectacular fashion but her proven tenacity will be an asset to this very new opposition leader so long as she can remain contrite and loyal.

Covid-19 is the big issue of the day and Luxon seems aware of the balance that needs to be struck between moving on from restrictions and keeping people safe.

"It's a difficult one, right, because on one spectrum you've got people saying 'look, can we just open up and get over this' ... on the other hand you've got people in an incredible state of fear and anxiety and stress as well."

He says it's not about just bashing the government, it's about solving problems.

"What I'm talking about here is execution, implementation. So if you're going to announce something then make sure it's followed through and actually delivered at the end of the day." 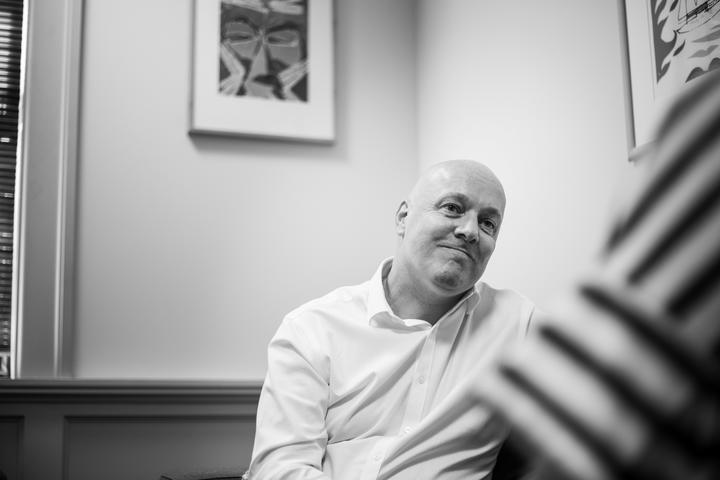 Another big question hanging over Luxon's leadership is how his National Party will handle Māori issues.

Luxon is often compared to John Key and has already alluded to Key's partnership with the Māori Party and Whānau Ora as examples of working with Māori. It is a contrast with the approach of some leaders - notably Collins and Don Brash.

"We want an inclusive New Zealand, we are a country that should be very very proud of our bicultural traditions but we're also a modern multicultural country that has to look forward and go out in the world as well," Luxon says.

"So we have to have one country, one system, but we have to be able to have ability to innovate and to target deprivation and inequality through really targeted, purpose-driven programmes ... based on need, not ethnicity."

He says this is about innovation and targeted interventions rather than a Brash-like approach, and notes the articles of Te Tiriti o Waitangi have been included in the National Party's constitution.

In today's Focus on Politics podcast, Political Editor Jane Patterson talks with National's leader Chris Luxon in his new office to assess what his leadership will look like. 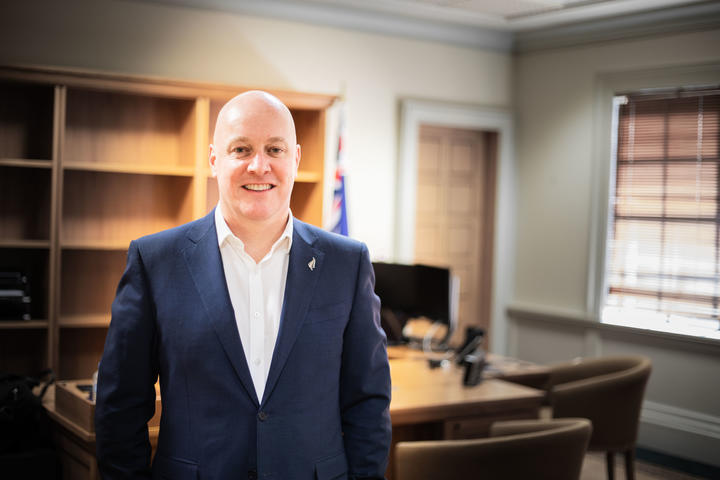