Labour leader Jacinda Ardern has had to pull her deputy into line over comments he made about the party's stance on bringing in a capital gains tax.

Kelvin Davis struggled to answer questions about Labour's tax policy when he appeared on TV3's AM Show this morning.

At one point he said if Labour was elected and its tax working group recommended a capital gains tax, Labour would campaign on it going into the 2020 election, rather than implement it mid-term.

Ms Ardern said that was not right."I've absolutely maintained our right, and my right as leader, to make sure that when that tax working group reports back, that I am able to act in government in the best interests of New Zealand to try and address the housing crisis. So I've been very clear on that."

Ms Ardern said she had spoken to Mr Davis and he was now clear on Labour's position. 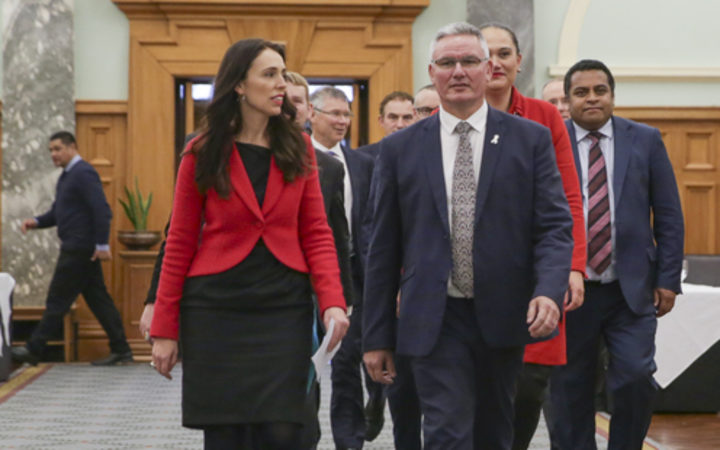 Mr Davis told Checkpoint today he was clearer about it now.

"So the tax working group will look at its stuff and I've clarified that Jacinda reserves the right to look at its recommendations before the next election.

Asked what he thought about what a capital gains tax could look like, he said he did not want to make up policy on the hoof.

National leader Bill English said he was not surprised there was confusion about the Labour party's tax policies.

"They're just vague and confused about the policy, about that tax policy, their income tax policy. I think that's become clear now that they'll cancel the income tax reductions. I'm not surprised he was confused, because I think the Labour leader was pretty vague about it last night."