One of the judges of the Michael Hill International Violin Competition Ida Kavafian (right) talks about what it will take to get her vote, and how important competitions are for aspiring young musicians.

Pop artist Andy Warhol's work comes to New Zealand in the form of a comprehensive exhibition at Te Papa – but does it tell us anything new about the high profile artist and filmmaker? We ask Joshua Jeffery, manager of Digital Engagement at Pittsburgh's Andy Warhol Museum.

Simon Morris checks out the third – and, we’re promised – final Hangover.  And two films about terrorism – post 9/11 Pakistan in The Reluctant Fundamentalist, and disaffected Israeli youth in Policeman.

1:31 New Zealand children on the screen

The Film Archive looks into how New Zealand children have been portrayed on screen over the decades. Curator Tina Makareti has watched many hundreds of hours of films made by professionals and amateurs. So what has she selected? And how has our portrayal of growing up in New Zealand changed? 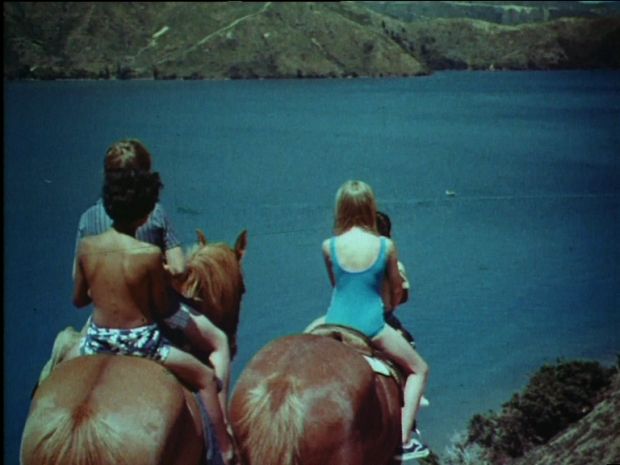 There’s an old joke amongst British soldiers about BBC war correspondent Kate Adie – they’d say they knew they were in trouble if she turned up on the scene. They’d probably say the same of Peter Arnett, our most famous war reporter. This former Southland boy has covered some of the most dangerous conflicts of the last fifty years, and while relentlessly pursuing what he sees as the truth behind the propaganda, has gotten right up the noses of governments around the world. Now a documentary team in Auckland wants to tell the truth about him. But they don’t yet have the money. Justin Gregory sat down with them to talk bombs, bullets – and big bucks.

Christchurch writer Carl Nixon on writing a play starring New Zealand's first official army war artist, Gerald Butler, and based on one of his drawings from the first world War. The Court Theatre's Mid-winter reading of Carl's play The War Artist is on 9 June.

Our featured writers are poets Courtney Sina Meredith, who's quickly made her mark on the New Zealand poetry scene, look out for her first collection Brown Girls in Bright Red Lipstick.