Auckland’s Short and Sweet Theatre Festival is back, but with a twist. This season of ten minute plays and dances now has a new category; song. And not before time according to composer Robbie Ellis, who has written the musical Annie and Joshua for the festival. Robbie says the musical’s time has come.

Everyone needs a helping hand from time to time. And the Handshake Project, a three-year scheme matching-up emerging jewellers with the superstar mentor of their choice, does just that.

Poetry as competitive sport has taken off in this country and its due in no small way to two US imports. Award-winning slam poets Carrie Rudzinski and Ken Arkind kick-started the Wellington spoken word scene back on their last visit here in 2011 and now they’ve returned for a series of shows and workshops across the country.

Scottish painter Michael Fullerton (left) creates portraits of politicians, political prisoners and people he considers to be unjustly accused. He’s been at Auckland University as the Elam International Artist in Residence, gathering material for a series he wants to do on Kim Dotcom. Rather than paint from life, Michael photographed the internet giant and is now turning those photos into paintings. He has a pragmatic reason for working this way.

Wellington-born, UK-based violin prodigy Ben Baker (left) talks about his life and career since being talent-spotted at the age of seven by Nigel Kennedy.

Ben Sanders (below) is young writer in a hurry. At the tender age of 22 he’s already published two best-selling crime novels and his third was released just this week. Called Only the Dead, it continues the story begun in earlier novels of Detective Sergeant Sean Deveraux and his lonely fight against corruption and violence in the city of Auckland – and also his own colleagues.

Waiheke Island’s Hip-Operation Crew is – possibly – the world’s oldest Hip Hop dance group. And while age may weary them, they’re aiming for the World Champs in Vegas later this year. But they don’t yet have the money to get there. 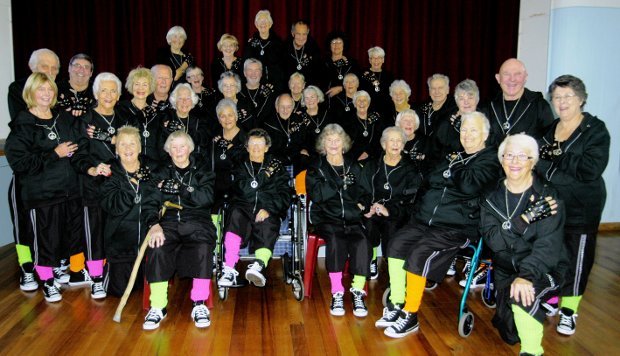