Artist Paul Cullen is hosting visitors to two meteoric art installations inspired by his time in Alabama. Object / Anti-Object is based on scientific speculation about a meteor crater in the USA and the exhibition's set up at architect Ian Athfield's pool complex overlooking Wellington Harbour (Athﬁeld Architects) and at Gallery 30 Upstairs, Saturday 4 and Sunday 5 May, 11am-4pm. There is a free courtesy shuttle service to and from Khandallah, departing 30 Courtney Place at 11 am - 1 pm - 3 pm. Limited availability - bookings essential, email: fieldworkhome@gmail.com

Michele Clapton, one time fashion designer and musician stylist, has gone on to win Baftas and Emmy nominations for her costumes designs for the TV series Game of Thrones. She's currently in New Zealand so we take the chance to find out more about her creative designs for these and other top TV series.

We mark the 25th anniversary of the Smokefree Rock Quest… the roll call of student musicians who've gone on to truly great things includes Kimbra, King Kapisi, Bic Runga and, one of our guests today, Bobby Kennedy from Opshop. We also chat to one of the event's founders Pete Rainey and Stephanie Lees from the New Zealand Music Commission. 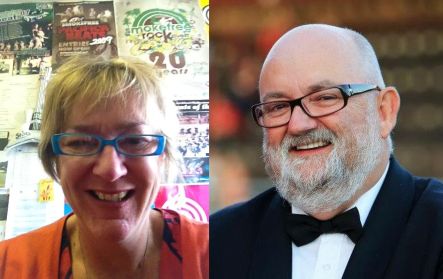 With more than thirty artists and art collectives, across nine different galleries spanning the length and breadth of Auckland, led by superstar curator Hou Hanru and lasting for three months, the Fifth Auckland Triennial is nothing if not expansive and ambitious. Linda Tyler from the Gus Fisher Gallery at Auckland University has seen all the previous Triennials come and go. Arts on Sunday reporter Justin Gregory asks her how this one stacks up.

Then one for all you Victor Borge fans – we talk to Rainer Hersch (right) who's created a show around the great Dane's comedy, life and times, which saw him become the most highly paid entertainer in his day.

Bernadette Hall reminds us of the work of New Zealand's first female war poet Lorna Stavely Anker, by bringing together published and previously unseen works in The Judas Tree. It's published by Canterbury University Press.

Dr Kaye Flavell set up an artists' residency in the Wairarapa more than 10 years ago, and she hopes Kiwis will keep the New Pacific Studio going now she's returning to America. 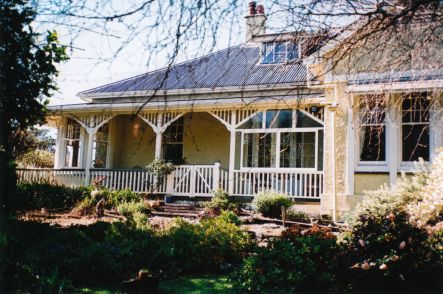