Dick Frizzell's landmark Mickey to Tiki Tu Meke painting comes up for sale – why is it still seen as one of this country's most significant images? 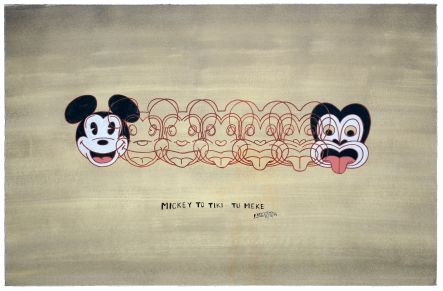 Tauranga is now the only main centre that doesn't have a formal art policy. But isn't less bureaucracy and paperwork a good thing for artists? We hear the arguments for the local council to bring in an art policy, and sooner rather than later. Sonya Korohina (right) is an arts manager and Penelope Jackson heads Tauranga's Public Art Gallery.

New Zealand has a proud tradition of satire and parody, and people in power have always been popular targets. We all remember fondly the Golden Years of McPhail and Gadsby, Fred Dagg and the many Country Calendar spoofs. On Radio New Zealand National, our own satirical programme, Down The List, has proven to be very popular. But the law that allows satire and parody to do their work is a little fuzzy, if not nonexistent. And as we found out on Morning Report earlier this week, it can bite both ways.

We meet another of the nominations for Music Manager of the Year, Teresa Patterson (left), whose stable of acts includes Six60, I Am Giant and Iva Lamkum. She talks about the need for a strong online presence for bands and how CDs are still crucial.

Australian comedian, Tom Gleeson, who's over here for the NZ Comedy Festival.

What's behind the rebranding of an Auckland based baroque group as NZ Barok, the country's first and only national Baroque Orchestra. 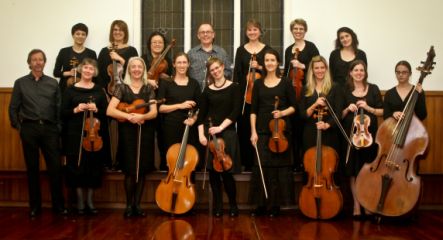 Stevan Eldred-Grigg wrote one of New Zealand's most successful novels, Oracles and Miracles, drawing on his interest in social and family history. He's just released the fourth book in the series, Bangs, set in suburban Christchurch in the 1960s and '70s.

Expat Kiwi artist Tanya Lock who's dominating the BBC Wildlife Artists Award nominations this year with 7 of her paintings of common and endangered species being selected by judges. 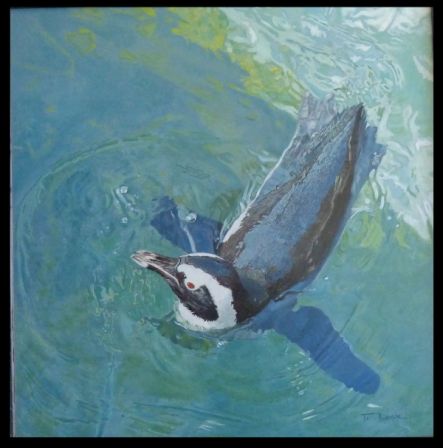 An off-beat comedy-drama, The Swans, from Peter Cox who wrote, amongst other things, the television series, The Insider's Guide to Happiness.