Are Kiwi slices getting out of control?

If you're a fan of old New Zealand cookbooks, you might have noticed a gradual shift in our baking through the years... 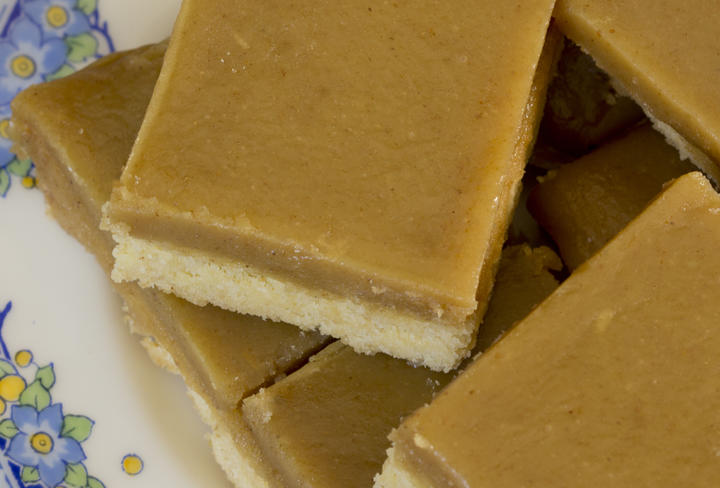 As the proud owner of around 2,300 New Zealand cookbooks, Helen has noticed a popular recipe that once made 24 slices may now make just 12 – with exactly the same ingredients.

She believes classic recipes – such as Ginger Crunch – should have to conform to (i.e. makes the same number of slices or suggested portions as) yielding the same portion size as it did when originally published.

The Ginger Crunch icing recipe is often doubled, tripled and even quadrupled these days, she says.

"It's not the norm… in the old days it was a very thin layer of just a few millimetres and the underneath part was crunchy."

Not only is our baking bigger these days, there's a process of 'enrichment' going on, Helen says.

For nearly a century, Louise Cake was made with descending amounts of flour, sugar and butter until that tradition was dropped abruptly in 2000, she says.

"People stopped those proportions, they stopped citing them. Their recipes had equal portions or even more sugar than flour."

Part of this enrichment process began in the lean years of the Depression when the people who could actually afford butter and sugar found a surplus available to them, Helen says.

"People who still had income benefited from the collapse of the price of sugar and butter. Suddenly there was all this butter around that had never been this cheap before and wouldn't be again so they rushed and … changed recipes and made the most of our butter, and they did the same with sugar."

The Scottish folk who baked the very first scones in the 1830s would be unimpressed with some of the scone recipes flying around these days, Helen says.

"I think the original Scottish makers of the scone would find it absolutely astonishing that you could make a scone from cream and soft drink with the flour."